Sabrina Owens wanted to 'honor' her aunt by heading up the estate but the conflict between her cousins made that goal difficult; now she'll honor her by working to heal those relationships 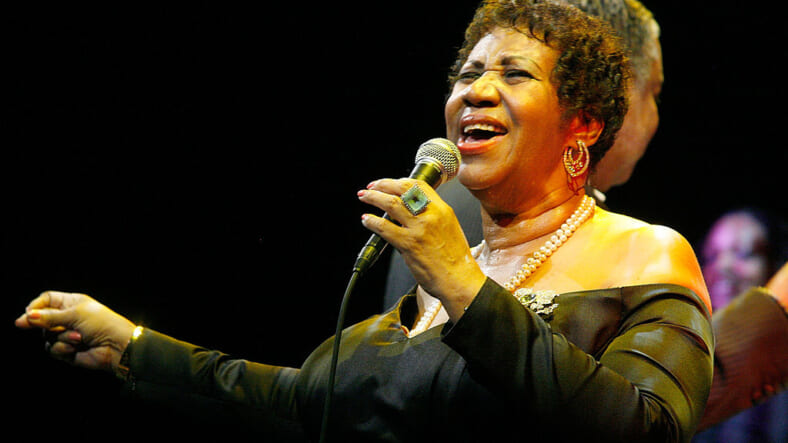 Aretha Franklin’s niece is stepping down as executor of the late singer’s estate to try and ‘calm the rift in my family.’

According to documents obtained by the Detroit Free Press, Sabrina Owens filed a petition Thursday in Oakland County Probate Court giving two weeks’ notice that she is resigning. Owens has handled business and probate matters since the Queen of Soul died in August 2018. It is unknown who will take her place. Judge Jennifer Callaghan scheduled a hearing on March 3.

In a letter to the court, Owens said she took on the responsibilities to “honor my aunt” but that the job had become particularly problematic and she thinks it best she leaves.

“My primary goal was to honor my aunt by handling her business professionally, fairly and within the law,” Owens wrote. “She trusted me and was always confident I would exercise good judgment and try to make the best decisions on her behalf. She often said that I was ‘worth my weight in gold.’”

“In spite of my best efforts, my role with the estate has become more contentious with the heirs. Given my aunt’s deep love of family and desire for privacy, this is not what she would have wanted for us, nor is it what I want,” Owens added, according to the Detroit Free Press.

In the past, Franklin’s youngest son, 49-year-old Kecalf Franklin has expressed interest in handling his mom’s affairs, but two of his brothers, Ted White and Clarence Franklin, have been against the idea.

The family drama came to a head after three handwritten wills were discovered in May 2019 in Franklin’s home. Each of those documents contained different instructions and since then, the family has been in court to try and hash out whether the wills were actually written by Franklin, leaving Judge Callaghan to bring on handwriting experts to assess the validity of the documents.

“This is when relationships began to deteriorate with the heirs,” Owens wrote.

“I hope that my departure will allow the business of the estate to continue, calm the rift in my family and allow me to return to my personal life,” Owens wrote, according to the Free Press. “I love my cousins, hold no animosity towards them, and wish them the best.”

As executor of Franklin’s estate, Owens has handled quite a few business transactions, from music licensing to negotiations for three film projects. One movie project, the gospel documentary Amazing Grace, premiered last year and brought the estate $1.1 million. Owens also was handling negotiations for the upcoming Jennifer Hudson biopic Respect as well as the National Geographic’s eight-part Genius: Aretha series.

On Wednesday, National Geographic announced that Raphael Saadiq would be the executive music producer for the series and Terence Blanchard will compose original music for the series. Cynthia Erivo, who played the lead role in Harriet, will portray Aretha Franklin.

“It’s an honor to share Aretha’s genius with the world alongside the incredibly talented Cynthia Erivo and Terence Blanchard,” Saadiq tells Billboard. “We’ll hit the keys, play the parts and sing the lyrics that helped pave the way for musicians like myself to trust our artistry and challenge ourselves to be bold.”