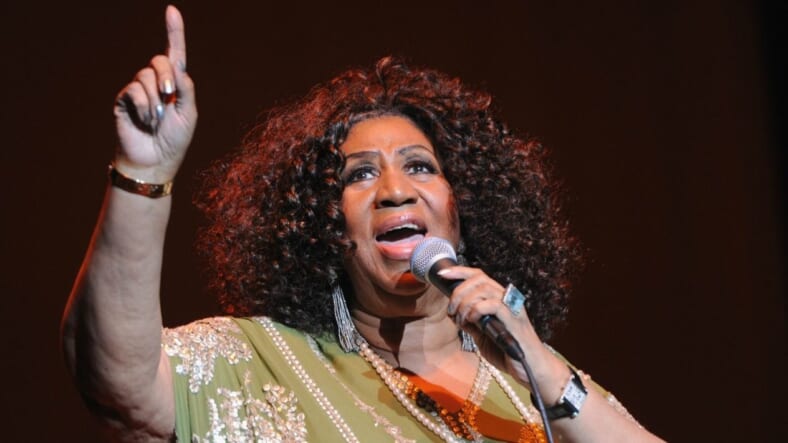 The Queen of Soul Aretha Franklin performs at The Fox Theatre on March 5, 2012 in Atlanta, Georgia. (Photo by Rick Diamond/Getty Images for The Fox Theatre)

Aretha Franklin’s sister-in-law wants some respect for the services she rendered as a caregiver to the singer in the months leading up to her death.

Earline Franklin has filed a claim against Aretha’s estate, asking to be compensated $43,000 for her services from April to August of 2018.

A year after her death, the future of Aretha’s estate is at the center of a power struggle between the late singer’s family and their attorneys.

Earlier this month, a hearing was held in which nine lawyers battled over the future management of the estate and it ended with Oakland County, Mich., Probate Court Judge Jennifer Callaghan placing control under court supervision, the Detroit Free Press reported.

Earline has got an uphill battle since the estate is embroiled in a legal battle.

For now, the court will execute decisions on behalf of Franklin’s estate, which includes property sale. Furthermore, despite the current legal status, Franklin’s niece Sabrina Owens will continue to be the estate’s personal representative.

—R. Kelly was a ‘no show’ at pretrial hearing in Chicago—

Franklin, who died at age 76 last August, left an estate said to be worth as much as $80 million, according to Forbes, including real estate holding and the rights to her original compositions.

The Free Press reports the debate over estate control is believed to have increased tensions in the family, made evident by arguments made by lawyers during the hearing.

For example, an attorney for Franklin’s youngest son, Kecalf, said he should have more input in decisions of the estate, while Owens authority should be “restricted.”

But Owens’ lawyer David Bennett shot back that Kecalf does not have the “capacity to be [the estate’s] personal representative. Additionally, the guardian for Franklin’s oldest son, Clarence, who has special needs,’ said Kecalf has never demonstrated any real ability to support himself or “act as a fiduciary.”