Ma$e calls out Diddy over Grammy speech, asks him to pay back his former artists 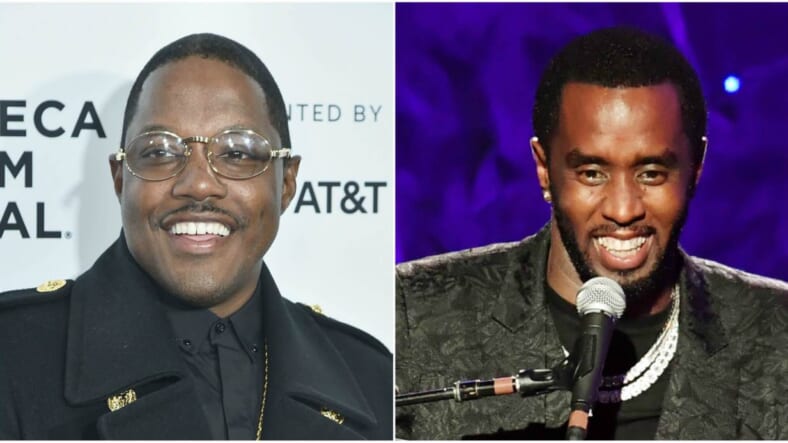 Last week, Sean “Diddy” Combs used his moment at the podium as a Grammys Industry Icon award-winner to call on the Recording Academy to treat hip-hop and Black music better. Now, his former Bad Boy music collaborator, Mason “Ma$e” Betha is asking the music mogul to take some of his own advice.

“Every year y’all be killing us, man,” Diddy said in his now viral call out. “The amount of time it takes to make these records, to pour your heart into it, and you just want an even playing field.”

While notables such as Beyonce were captured giving the moment a rousing response from the audience, Friday, Ma$e took to his Instagram to point out what he believes to be a glaring hypocrisy in Diddy’s stance.

“Your past business practices knowingly has continued purposely starved your artist and been extremely unfair to the very same artist that helped u obtain that Icon Award on the iconic Badboy label,” M$se posted in his lengthy caption.

The former Bad Boy artist then goes on to make claims that 24 years ago, Diddy only gave him $20,000 for his publishing rights, which he added has made him “never want to work” with him again because, “any artist wouldn’t after u know someone is robbing you & tarnishing your name when u don’t want to comply w/ his horrendous business model.”

Ma$e signed with Bad Boy in 1996 entering the public eye with lyrics on Diddy’s “Can’t Nobody Hold Me Down” and his debut album the next year “Harlem World” went 4x platinum. But in 1999, he announced his retirement from music to pursue religious commitments, even becoming an ordained minister after enrolling at Clark Atlanta University.

He released subsequent albums in later years including 2004’s “Welcome Back” and also several appearances on tracks with other artists, all while attempting to be released from his contractual obligations to Bad Boy. In 2009, on Atlanta’s V-103 (WVEE), he apparently brought a form for Diddy to sign that would do just that, but it really only allowed him to appear on songs with artists from other labels.

Ma$e was finally released from Bad Boy in 2012 and at the time said he was not interested in signing with any other label. He announced a comeback album entitled “Now We Even” in 2013, but his last studio album was the 24-track “Don’t Need Security” in 2018.

Diddy: "It's all about LOVE and Black Excellence!! Lift each other UP, love one another!!"

@diddy I heard your #Grammy speech about how u are now for the artist and about how the artist must take back control. So I will be the first to take that initiative. Also, before we ask of other ethnicities to do us right we should do us as black people better. Especially the creators. I heard u loud and clear when u said that u are now for the artist and to that my response is if u want to see change you can make a change today by starting with yourself. Your past business practices knowingly has continued purposely starved your artist and been extremely unfair to the very same artist that helped u obtain that Icon Award on the iconic Badboy label. For example, u still got my publishing from 24 years ago in which u gave me $20k. Which makes me never want to work w/ u as any artist wouldn’t after u know someone is robbing you & tarnishing your name when u don’t want to comply w/ his horrendous business model. However, people would always ask what’s up w/ Mase? So I would be forced to still perform to not look crazy when I was getting peanuts and the robbery would continue. So many great moments and people lives in music were lost. But again, I rode with u in the face of death without flinching & u still wouldn’t do right. I never said anything because I wanted to wait until I was financially great so I can ensured that I was addressing this from a pure place and not out of spite. To add insult, u keep screaming black excellence and love but I know love isn’t free. So I offered u 2m in cash just a few days ago to sell me back my publishing(as his biggest artist alive) that always show u respect for u giving me an opportunity at 19 yrs old. Your response was if I can match what the EUROPEAN GUY OFFER him that would be the only way I can get it back. Or else I can wait until I’m 50 years old and it will revert back to me from when I was 19 years old. You bought it for about 20k & I offered you 2m in cash. This is not black excellence at all. When our own race is enslaving us. If it’s about us owning, it can’t be about us owning each other. No More Hiding Behind “Love”. U CHANGED? GIVE THE ARTIST BACK THEIR $$$. So they can take care of their families