Despite Black women coming out to the caucus in large numbers during the last presidential campaign, many are uninspired and may sit this one out 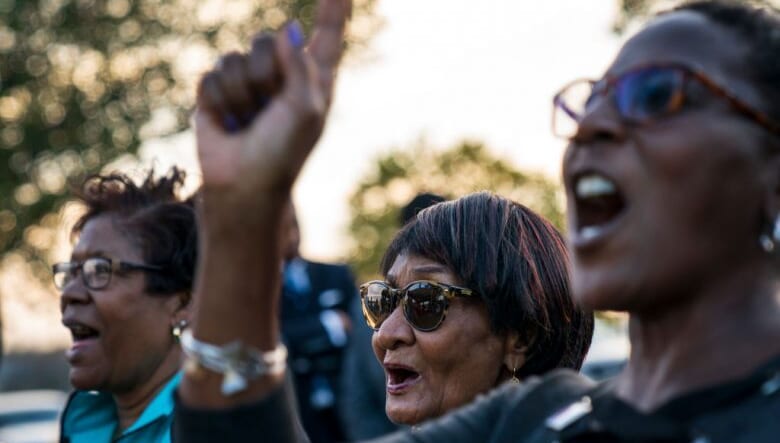 Black women in Iowa are not impressed with the Democratic slate of candidates and some say they may sit out the Iowa caucuses.

“I’m not sure if I’ll caucus this year,” Cheryl Barnes, 63, told NBC News. “Because I’m not sure about the candidates yet.”

Brandy McCracken, 42, agreed. “It will basically come down to me finding time to caucus — if there’s someone that interests me.”

In the first nominating contest of the 2020 presidential election, Barnes and McCracken are not alone in their indecision. According to the latest Iowa poll, only 40 percent of likely voters have picked a candidate and will caucus at one of 1,679 precincts.

This is a far cry from 2008 when Black women flocked to precincts to help secure a victory for Barack Obama. The difference? Some say they are feeling overlooked by candidates. Black people represent just four percent of the state’s demographics, according to the U.S. Census Bureau, and feel that candidates are trying to appeal to white, rural voters over them.

“They’re reaching out more to the rural areas of Iowa than they are in Des Moines to me,” Kim McCracken-Smith, 61, told NBC News. “And in rural Iowa, there’s no black people.”

Some added that when candidates have reached out, it didn’t appear genuine.

“I’ve just been getting these generic text messages and calls that I know are just the standard they’re reading off of the paper,” added Tyechia Daye, owner of TranZitions salon, to NBC News. “Come and see us — if you want our votes.”

For Democratic contenders, this may be a foolish strategy given that Black women are the most loyal demographic in the Democratic Party. Every vote is important; they ignore Black women to their own peril.

“Those are the kind of percentages that get you over the hump when it’s close, and it’s going to be close in a lot of places,” Izaah Knox, executive director of Urban Dreams, a Des Moines-based community organization, told NBC News.