Despite complaints from Maryland’s governor, squeegee kids will still be able to work on the streets

Baltimore police commissioner said his force will not stop them from cleaning car windows, says that cops have 'far more serious things.' 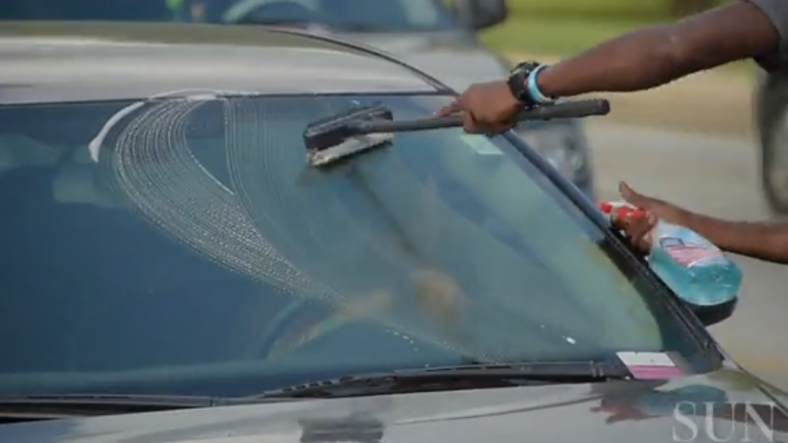 Screenshot from video produced by The Baltimore Sun

Maryland Gov. Larry Hogan thinks Baltimore’s squeegee crews are keeping people from traveling to the city. However, many believe these are just hard-working people trying to earn a little extra cash and are not harming anyone.

“I thought it was driving people, keeping people from coming into the city because they’re tired of being harassed on the streets,” Gov. Hogan told CBS Baltimore Channel 13, at the Broadway Diner. “The problem is some of these squeegee kids make $40 or $50 an hour harassing people on the streets, and it’s hard to replace that with a job.”

He added that he’s heard from several community leaders who have raised concerns about the squeegee crews.

While Gov. Hogan is listening to some community leaders, there are others from the community who are defending the squeegee kids. Local rapper, Mond Already, has dropped a song in support of their willingness to grind versus turning to a life of crime. The Baltimore affiliate of ABC News, WMAR 2, offered another side of the coin by profiling his effort.

Perhaps so, but the squeegee guys aren’t going anywhere. Particularly with support like this.

After all, they make a good, honest living and Baltimore police say they have bigger fish to fry.

“The enforcement of that we have been informed is unconstitutional,” Harrison said, according to CBS Baltimore. “To do that takes many officers away from the assignment thereby not providing any public safety for far more serious things.”

“Everybody knows us right here because we’re the good guys in blue,” one unidentified squeegee crew member reportedly said.

‘We don’t disrespect nobody. We don’t frustrate nobody. We just get our money and go about our day,” another squeegee worker said to the news station.

“I’m just trying to work and take care of my family. That’s it,” added another worker.

One squeegee worker even set the record straight on a common misperception that squeegee crews don’t have outside jobs.

“I don’t know who keeps telling people we don’t got jobs. Because I work. At Amazon. Sparrows Point. I got me a 9 to 5 and I still squeegee,” the worker told CBS Baltimore.