Stacey Abrams on being open to accepting VP role: ‘Of course I want it’

While none of the remaining Democratic candidates have reached out to her, Abrams says 'Of course, I want to serve America' 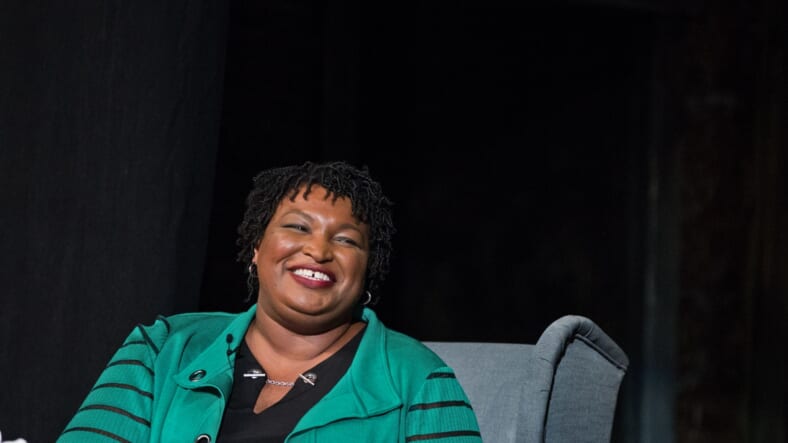 Stacey Abrams is definitely open to running alongside a Democratic presidential candidate as his or her vice president in the 2020 presidential election.

In an interview Monday on ABC’s The View, Whoopi Goldberg told Abrams that while she is not currently running for president, “a lot of people want to see you on that ticket, first as vice president,” for which Abrams responded “of course” she’d accept an offer to join one of the current Democratic contenders for office.

READ MORE: Stacey Abrams confirms she’d consider being VP: ‘I will not diminish my ambition’

This represents a change from a year ago when Abrams told The View that she was not interested in the VP job because “I think you don’t run for second place.”

So far, Abrams said none of the remaining Democratic challengers have reached out to her offering her the position. And she refused to endorse a candidate, saying her “job right now is to fix our democracy” by actively working to combat and expose voter suppression tactics.

Abrams has a new book soon to be released entitled: Our Time is Now: Power, Purpose, and the Fight for a Fair America. It draws from her own experience running for governor of Georgia in 2018 and the numerous voter suppression challenges that arose— from access issues to the purging of voter rolls, according to The Hill.

“My best service is to be in that neutral space where it’s not about who the nominee is – it’s about making sure no matter who the nominee is, any person who wants to go and vote, can vote,” Abrams explained on The View. “That’s what we’re doing through Fair Fight 2020.”