Tiffany Boone addresses why she left the hit show, ‘The Chi’

Actress tells fans, 'not everyone was interested in creating a work environment that was conducive to each person feeling safe' 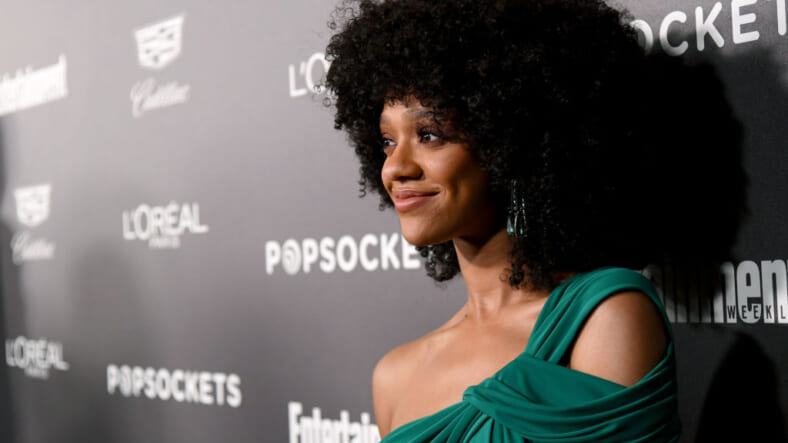 Tiffany Boone, who formerly acted on Showtime’s The Chi before abruptly leaving the show in November 2018 after alleging she was being harassed by co-star Jason Mitchell, is shining some light on her experience.

In her three-page Instagram post, which she captioned “feeling grateful and free,” Boone said when she worked for Lena Waithe’s hit show, “not everyone was interested in creating a work environment that was conducive to each person feeling safe, seen and heard.”

Boone said she felt a personal responsibility to address the matter. “I felt that if I didn’t speak up, other voices that were trying to be heard would be silenced.”

“You don’t carelessly leave a ‘hit show’ that is praised by your community,” Boone wrote in her IG post. “I deeply love Chicago and the people of that city who have embraced me. I felt honored and privileged to be part of telling their story. The weight of what I was leaving behind felt like a ton, but the weight of my responsibility to speak up was even heavier. There were people who questioned my decision. How could I be sure I would work again, especially on a project of that magnitude? I wasn’t sure, but I had faith that once I took that leap I could be guided wherever I was supposed to go.”

“Never did I imagine that that leap would turn into the most beautiful flight,” Boone added. “I knew it was a risk but I feel as if the second I dove off that cliff, there was a hand beneath me lifting me higher.”

Deadline reported that Boone left The Chi in its second season and was later cast in Jordan Peele’s Amazon series Hunters, where she said everyone affiliated with the project “made it clear that they were creating an environment of safety, respect, and collaboration.”

READ MORE: WATCH: Jason Mitchell denies sexual misconduct and opens up about being fired from ‘The Chi’

Boone also worked on Hulu’s Little Fires Everywhere, produced by Kerry Washington and Reese Witherspoon’s production companies. Boone said this experience couldn’t be more different than her time on The Chi. “It is not simply that this show is run by women. It is run by women who are committed to supporting other women, telling unique and compelling stories written by and about women, and creating an environment where each and every person feels safe and inspired to create their best work,” Boone wrote on IG.

Mitchell was subsequently axed from The Chi last year and he also was fired from Desperados, a Netflix movie, after other actresses accused him of harassment. Mitchell was later fired by his agency, UTA.