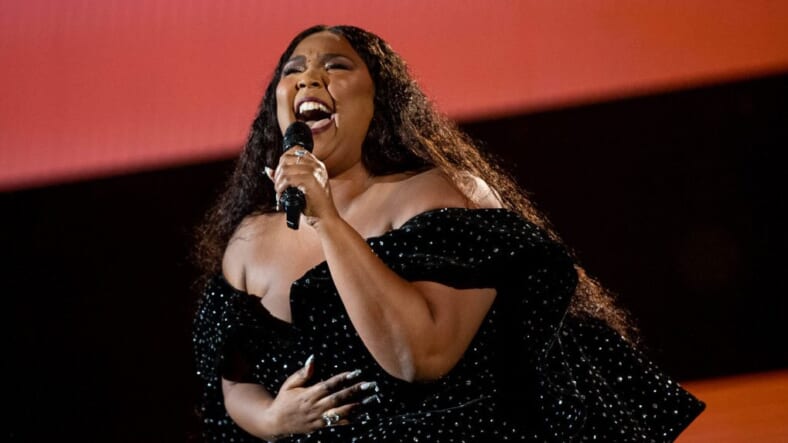 (Photo by Emma McIntyre/Getty Images for The Recording Academy)

Lizzo is ready to kick-off festival season by headlining the first-ever Virgin Fest in Los Angeles. The two-day event from Jason Felts and Sir Richard Branson announced the star-studded lineup on Thursday and it looks like there will tons of talent headed to the Banc of California Stadium + Exposition Park on June 6-7.

The three-time Grammy winner will be in good company for the inaugural event. A$AP Rocky has been confirmed as another headliner for the festival along with another hip hop heavyweight, Anderson Paak along with Major Lazer.

Lizzo on double standards when judging men’s bodies: ‘We don’t talk about your d**k sizes’

According to Billboard, the lineup for Virgin Fest is 60% female and is focused on prioritizing the planet. “With sustainability as a core pillar of the festival, Virgin Fest takes place at the LEED-certified Banc of California Stadium and is dedicated to an eco-conscious mission with a ban on all single-use plastics on-site across the two days, in addition to a robust renewable energy and solar program. To further eliminate waste and give back to the community, all surplus food will be donated to local LA homeless shelters. Festival organizers are also partnering with LA Metro to offer two free roundtrip to the event,” reports the outlet.

“By combining Virgin’s signature hospitality and ingenuity with a strong sense of purpose, our team built the festival of tomorrow, today.,” explained Branson in a statement to Billboard. “We are proud to bring Virgin Fest to LA and to be on track to become one of the United States’ greenest festivals.”