The MSNBC contributor criticized supporters of Vermont Senator Bernie Sanders for "trotting out misfit Black girls" to defend his views. 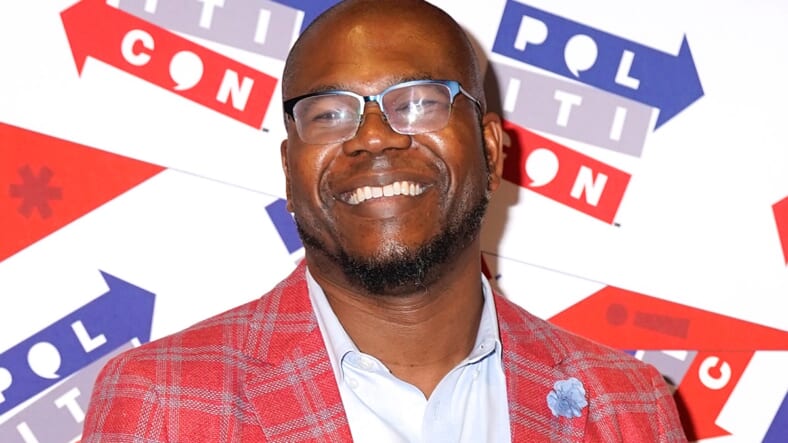 Johnson, also an MSNBC contributor, called some of Sen. Bernie Sanders‘s (I-Vt.) presidential campaign staffers as an “island of misfit black girls,” according to Newsweek. The comment provoked a gasp from a person in the studio, the report says.

The social media backlash was swift, with many of Sanders’ supporters demanding the network sever ties with the professor for the misogynoir statement.

Johnson also accused Sanders’ supporters of being closed-minded from opinions from Black and Latino figures, though polls showing Sanders has the most support from people of color in Nevada and other primary states.

“I do find it fascinating that the racist, liberal white seem to love them some Bernie Sanders,” Johnson said. “And always have a problem with any person of color who doesn’t want to follow the orthodox of their lord and savior Bernie Sanders.”

Johnson is also the Politics Editor for The Root where he writes for the “Black Power Rankings” political columns.

According to Newsweek, “Johnson did not respond to Newsweek’s requests for additional comment Saturday morning.”

Benjamin P. Dixon took a shot at Johnson during his appearance on MSNBC.

“There is a large coalition of people who believe in what he’s trying to do for the working class because there a lot of Black people who are working-class,” Dixon said. “And not just ‘misfits’ according to Dr. Jason Johnson of your network.”

Many people took to Twitter to share their thoughts with the hashtag #FireJasonJohnson, which became a trending topic.

Black people have just been the most disappointing this February. I truly cannot believe there are Black people who support what @DrJasonJohnson said, simply because it came with a side of Bernie criticism. Malcolm X would be fucking spitting. #FireJasonJohnson

#FireJasonJohnson is only trending because he told the truth about "Bigot Bernie and the Nutrasweet Negresses."

— Bianca Kamala Harris the First of Her Name (@RealKHiveQueenB) February 22, 2020

Jason Johnson has the nerve to say he cares about intersectionality and then say the leftist women of color who have so often been the vanguard justice in America are #MisfitBlackGirls . MSNBC was already trash but this is too much #FireJasonJohnson https://t.co/3SdFPDvmav

Many used the #MisfitBlackGirls hashtag to air their grievances and stand firm in their political rights in opposition to Johnson’s comments.

Personal attacks on Black Women in politics are never okay. Feel free to call me a #MisfitIslandBlackGirl too @DrJasonJohnson & cut that out.

My personal politic requires me to say something when I know it’s wrong. Even when I know I’ll never be afforded the same courtesy.

When they call us misfits & point out our color.

When they call grown women girls & make it public.

We hold our heads high & set our eyes to the sky.

#MisfitBlackGirls all day. We will not be silent about personal attacks on Black women and that’s that on that. https://t.co/YGbEqJTApW

.@briebriejoy is a light unto the world and a true professional.

I have 3 daughters. I hope they never deal with a Jason Johnson type: an insecure man who tramples on women who dare to think for themselves.

I'm a proud misfit. Jason Johnson needs to apologise to all women of color who use their critical thinking skills #MisfitBlackGirls pic.twitter.com/phSiGEkC6O

On the Island of #misfitblackgirls we will have: