He was taken into custody by Las Vegas Metro police officers on Friday afternoon. 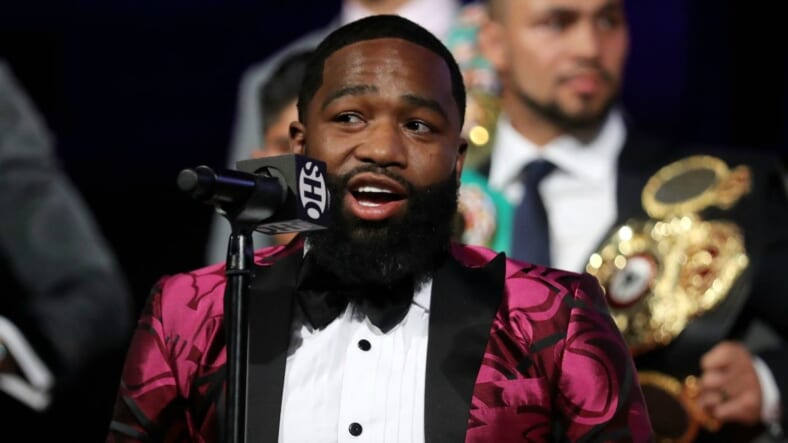 Professional boxer Adrien Broner continues to run into legal trouble outside of the ring. He was taken into custody by Las Vegas Metro police officers on Friday afternoon.

He was arrested at the MGM Grand Garden during the Deontay Wilder and Tyson Fury weigh-in ahead of their awaited match, according to TMZ Sports.

Video footage obtained by TMZ shows the 30-year-old boxer’s arrest for refusing to leave the premises. Broner was reportedly banned from the venue in November 2019, but the circumstances are unclear.

Insiders told TMZ Broner was reportedly told to leave the premises, but “ignored the request” and was immediately detained by hotel security until police arrived. He was transported to the county jail, where he processed and released on a misdemeanor trespassing citation.

Broner was unfazed by the arrest, and boasted about it in an Instagram post: “Fresh out of the slammer. What’s popping tonight Vegas?”

In December 2019, he was ordered to pay more than $800,000 for sexually assaulting a woman in a Cleveland nightclub, according to Yahoo Sports. He would plead guilty to two charges from that incident and sentenced to two years of probation, the report says.

Prior to that, Broner was arrested in February 2018 in Atlanta and charged with misdemeanor sexual assault after allegedly groping a woman at Lenox Square Mall.

Broner also went on a disturbing, homophobic rant on Instagram last year where he threatened to shoot gay people after being, Yahoo News writes.