WATCH: Octavia Spencer transforms in ‘Self Made: Inspired By The Life of Madam C.J. Walker’ 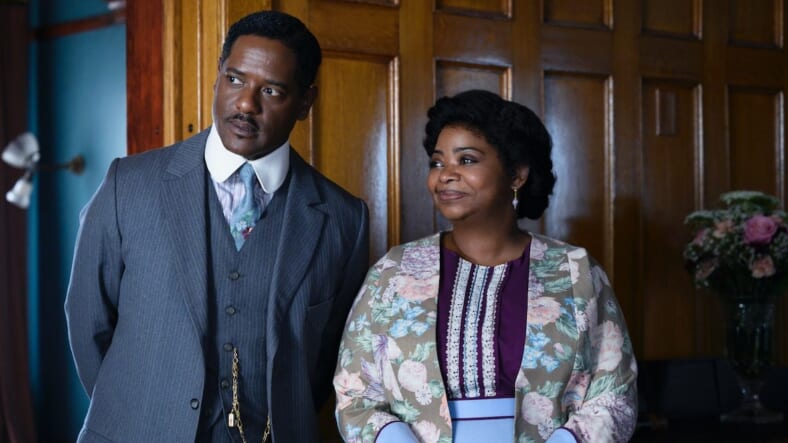 Netflix just dropped the first official trailer for its upcoming series Self Made: Inspired by the Life of Madam C.J. Walker and in it, we see Octavia Spencer truly transform.

Produced by big names like LeBron James, Maverick Carter, and Kasi Lemmons, among others, the four-part series is based on the book, On Her Own Ground: The Life and Times of Madam C. J. Walker, written by Walker’s great-great-granddaughter A’Lelia Bundles.

FIRST LOOK: Octavia Spencer as Madame C.J. Walker in Netflix series ‘Self Made’

In it, Octavia Spencer stars as Madam C.J. Walker, the trailblazing African American haircare entrepreneur who was America’s first female self-made millionaire. The highly-anticipated project brings the uplifting story of this cultural icon to the screen for the first time. Against all odds, Walker overcame post-slavery racial and gender biases, personal betrayals, and business rivalries to build a ground-breaking brand that revolutionized black haircare, as she simultaneously fought for social change.