By working with elected officials, 'Stop Taking Our Girls' is working to make the public more aware of the kidnappings 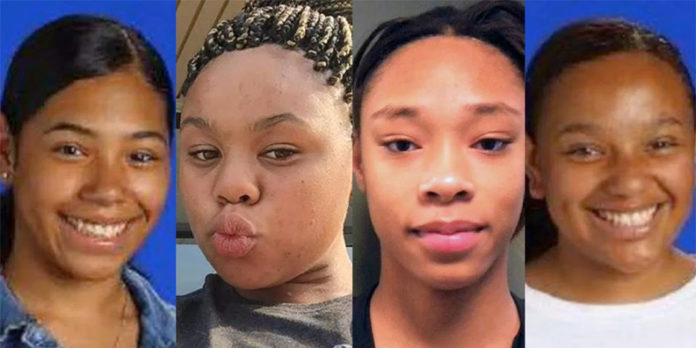 Anessa Reed, Keaisha Hayes Prater, Ashantay Jones, and Tawny Reed (images curated from their social from the family for the city to help find them in 2019)

Two Chicago women have started a group to draw attention to the number of Black women and girls abducted in the city.

Rosie Dawson and Roberta Logwood launched “Stop Taking Our Girls” to focus attention and support around finding these missing Black girls. These missing girls don’t always make the news or prompt full-out investigations compared with missing white girls and women. Some may not grasp the magnitude of the problem but Dawson and Logwood know it’s a real issue.

“It’s not an urban legend,” Dawson explained to WGN9. “They are doing it.”

Logwood has firsthand knowledge – because it almost happened to her.

“I was actually a victim,” Logwood told WGN9.

Back when Logwood was 17, she told the station that a man stole her cell phone. She said when she ran after him, she noticed a car pull up alongside her. Logwood said the driver popped his trunk and attempted to sway her to get in so they could go catch the thief.

She ran off instead.

“I did file a police report,” Logwood told WGN9. “The dispatch told me this had happened before and they succeeded in kidnapping the girl.”

More than 50 missing Black women have been killed since 2001, according to a report from the Washington, D.C.-based Murder Accountability Project. Dawson believes the real number is much higher.

“I feel as though, when it comes to Black women, we just don’t count enough for people to care,” she said.

“Stop Taking Our Girls” meets once a month on the first Tuesday to brainstorm strategies to get the word out to stop these abductions. The group has offered a self-defense class and safety information to attendees. They want the culprits off the streets. And they also are working with local officials to “bring awareness” as to the significance of these cases.

“We hear a lot of different things in the streets,” Dawson told WGN9. “So we want to bring awareness to the elected officials, we want the police officers to know we appreciate them, but we need them to appreciate us in this community also.”

The grassroots group is selling t-shirts to raise money so it can eventually start offering rewards to find still missing women and girls.