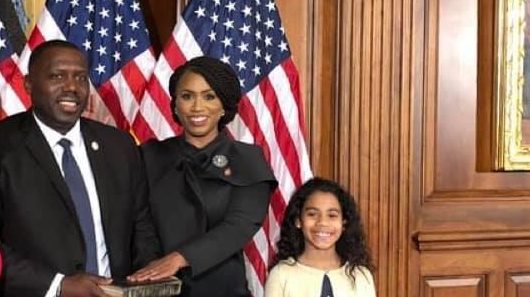 Harris, who spent 10 years in prison for drug trafficking, told the House Subcommittee on Crime, Terrorism, and Homeland Security that barriers exist that partially impact whether a former prisoner is successful in reintegrating back into society once he or she is released from prison. Harris drew from his experience in explaining to the subcommittee how vital a support system is in determining the end result.

“I am an ordinary person who has had extraordinary support,” Harris said in his testimony.

He later elaborated for The Appeal that having a house to come home to was key. “I think that one of the main things that was supportive was finding a safe place to sleep, rest my head, so I could collect my thoughts.”

He continued, stressing the vital importance of these programs.

“All the other things that organizations can offer, like identification cards, are important, but it all starts with where you lay your head at night,” Harris said. “And then employment was the second best thing. Being able to contribute to my household, being able to have money so I could be able to move from one place to another is so crucial, so important for one person to be entered back into society.”

In addition to her husband, Pressley’s father was also formerly incarcerated and so the issue of reentry reform is important to her. She told The Appeal that one of the things she learned from her husband is the importance of inmates having a good support system – and both Harris and Pressley say this begins while they are still behind bars.

“He was one of the fortunate ones to have loved ones regularly visiting. When I go behind the wall with him now, it is heartbreaking. There are people there that haven’t had a visit from anyone in years,” Pressley told The Appeal. “Conan did have people who were going and that really underscored for me that a big part of successful reintegration and re-entry is maintaining not only familiar bonds but relationships.”

Harris said transitional housing is needed to help inmates trying to reintegrate who have nowhere else to go.

Harris also called on Congress to create a bipartisan advisory board made up of formerly incarcerated people to inform Congress on issues regarding prisoners and reentry.

“A lot of times when people build stuff or think about how to help a population or a community, what they don’t think of enough is bringing people on board who have those experiences,” Harris told The Appeal.

“I think one of the things that will make Congress more strong in their efforts to support returning citizens will be having people on the advisory board who can really give them some insight into what to do, how to do it, and the ability for it to be effective or not.”