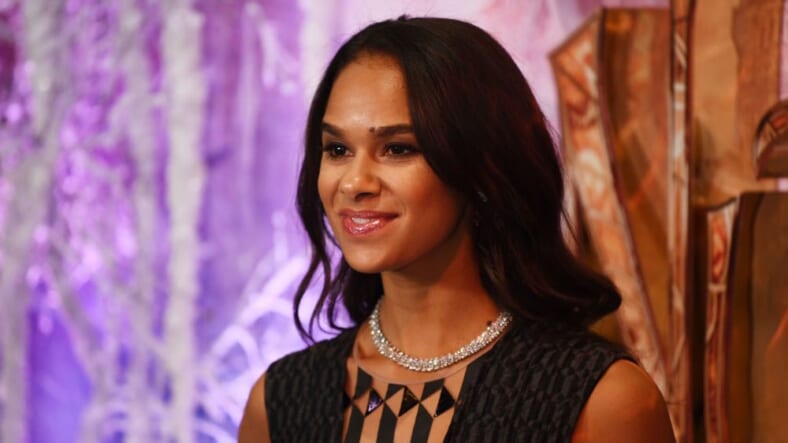 LONDON, ENGLAND - NOVEMBER 01: Misty Copeland attends the UK Premiere of Disney's 'The Nutcracker And The Four Realms' at Vue Westfield on November 01, 2018 in London, England. (Photo by Gareth Cattermole/Getty Images for Disney)

Legendary ballerina Misty Copeland addressed the backlash she received in December when she called out the Bolshoi Theatre in Russia for dressing their ballet dancers up in blackface — a common practice in Russian ballet.

During the Black Enterprise Women of Power Summit on Friday, Copeland said Black dancers continue to face discrimination. However, when she addressed it, she received backlash from people who made it about her bullying young ballet dancers instead of what it’s really about: blackface is rampant in Russian ballets.

“They’re (Bolshoi Theatre) one of the biggest, most elite companies in the world, they’re in Russia, and they still perform in blackface,” Copeland said at the summit.

“I … made it aware to the broader world just by posting a photo of the little girls in blackface. I don’t think I can ever go back to Russia now,” she added to some laughter in the crowd. “I don’t think they’ll let me in.”

Copeland described it as “crazy” the amount of blowback she received.

“And I’ve gotten so much backlash, which is just crazy. It turned into me bullying some little girls because I exposed what they are doing and have been doing,” Copeland added. She said the artistic director refuses to stop having the dancers wear blackface in some ballets and has said Russia is fine to do so since they don’t share the United States’ history with slavery.

Last December, Copeland uploaded a photograph to Instagram of the two ballerinas who were gearing up to perform “La Bayadère,” a tragic love story that is set in India, reported CNN.

READ MORE: Misty Copeland was once told to lighten her skin for a ballet role. Why she said ‘no.’

“And this is the reality of the ballet world” Copeland captioned the Instagram post, referring to the fact that the ballerinas were dressed in black bodysuits along with black painted faces.

The photo received a ton of comments, some publicly shaming the theatre company and others coming to its defense. Vladimir Urin, the Bolshoi Theatre director, told RIA Novosti, a state-run media outlet, that the theater “will not be included in such a discussion” and said the ballet will continue as it has for many years, according to CNN.

“The ballet, La Bayadère, has been performed thousands of times in this production in Russia and abroad, and the Bolshoi Theatre will not get involved in such a discussion,” Urin told RIA Novosti, according to the BBC.

Copeland said offensive behavior like this is exhausting for people of color.

“We can’t continue to make excuses for those who choose to not see what is in plain sight and that is the truth and reality of so many brown children being shot daily, and viewed as adults. I don’t condone bullying but lessons need to be had,” Copeland wrote on Instagram.

“They need to be exposed, called out, educated and more. I have lived in the ballet world for 25 years. I have silenced myself around ‘them,’ and made them feel comfortable and suffered in silence. At 37 I feel ready and free to stop.”

During the Black Enterprise summit, Copeland added, “these types of battles are so necessary but it’s really painful and hard.”