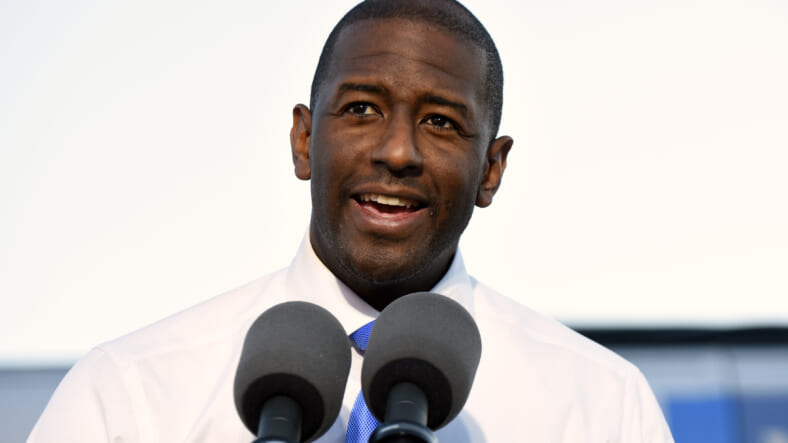 Andrew Gillum, the former Democratic candidate for Florida governor, was involved in a suspected meth incident where a man overdosed.

The Miami New Times reported that the incident took place early Friday morning in Miami Beach. According to a police report, the Miami Beach Fire Rescue crews were called to Mondrian South Beach shortly before 1 a.m. regarding a suspected overdose.

Authorities said Gillum, 40, Aldo Mejias, 56, and Travis Dyson, 30, were in the room at the time. Dyson apparently rented the room using a credit card Mejias had given to him. Furthermore, Dyson and Gillum appearing to be under the influence when Mejias arrived at around 4 p.m.

The police report elaborated that Dyson soon collapsed after opening the door and walked over to the bed. He was having trouble breathing and began to vomit. He lost his balance again and 911 was called for help.

Dyson was taken to Mount Sinai Medical Center and is now said to be in stable condition after his cardia arrest episode.

There were three small clear bags inside the hotel room containing suspected crystal meth. It has been collected as evidence.

Police said in their report that Gillum was “unable to communicate due to his inebriated state.” However, he left the room and returned home “without incident.”

Gillum, a CNN analyst who is married with children, released a statement Friday. He denied the use of meth or any other drug.

“I was in Miami last night for a wedding celebration when first responders were called to assist one of my friends. While I had too much to drink, I want to be clear that I have never used methamphetamines,” he said.

It is not yet known if any charges will be filed.