In a statement released on Sunday, the former Florida governor candidate said the incident involving an alleged overdose was a 'wake up call for me.'

Andrew Gillum, the former Democratic candidate for governor of Florida, announced on Sunday evening that he is entering a rehabilitation facility following a recent incident inside of a Miami Beach hotel.

In a statement provided to theGrio, Gillum, 40, said the incident was a “wake-up call for me,” after authorities responded to an alleged meth overdose in a hotel room where Gillum was found with two other men.

Police said in their report that Gillum was “unable to communicate due to his inebriated state.” However, he left the room and returned home “without incident.” 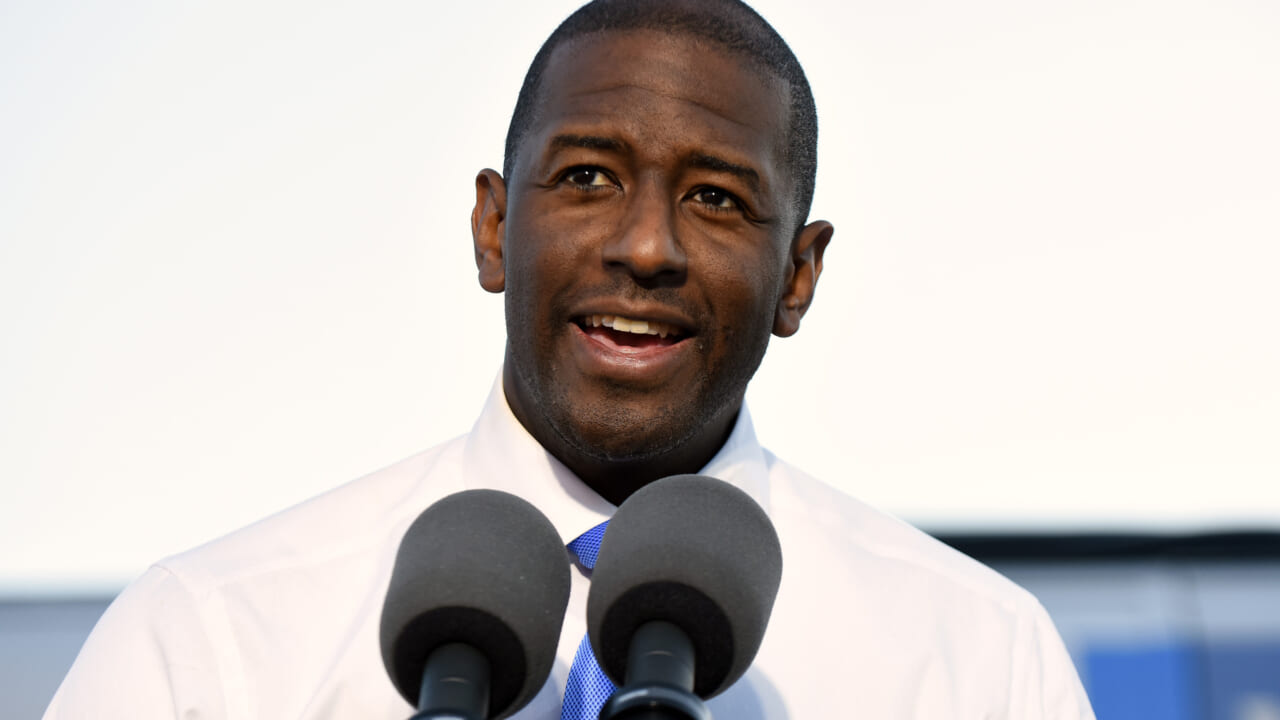 Florida Democratic gubernatorial nominee, Tallahassee Mayor Andrew Gillum, speaks to supporters at a rally on October 28, 2018 at Osceola Heritage Park in Kissimmee, Florida. With the election just over a week away, most polls give Gillum a slim lead over his GOP opponent, Ron DeSantis, in the Florida governor’s race. (Photo by Paul Hennessy/NurPhoto via Getty Images)

“Since my race for governor ended, I fell into a depression that has led to alcohol abuse,” Gillum stated. “I witnessed my father suffer from alcoholism and I know the damaging effects it can have when untreated. I also know that alcoholism is often a symptom of deeper struggles.”

The frequent CNN contributor said he wants to focus on himself and his family and would be stepping down from all public-facing roles for the “foreseeable future.”

“I want to apologize to my family, friends and the people of Florida who have supported me and put their faith in me over the years,” he added. “I ask that you respect my and my family’s privacy during this time. Thank you.”

Authorities said Gillum, Aldo Mejias, 56, and Travis Dyson, 30, were in the room at the time. Dyson apparently rented the room using a credit card Mejias had given to him. Furthermore, Dyson and Gillum appearing to be under the influence when Mejias arrived at around 4 p.m.

The police report elaborated that Dyson soon collapsed after opening the door and walked over to the bed. He was having trouble breathing and began to vomit. He lost his balance again and 911 was called for help.

Dyson was taken to Mount Sinai Medical Center and is now said to be in stable condition after his cardia arrest episode.

There were three small clear bags inside the hotel room containing suspected crystal meth. It has been collected as evidence.

Gillum, who is married with children, had previously released a statement following the Friday incident, in which he denied the use of meth or any other drug.

“I was in Miami last night for a wedding celebration when first responders were called to assist one of my friends. While I had too much to drink, I want to be clear that I have never used methamphetamines,” he said.