Jerome Adams is soliciting support from Kylie Jenner and other 'influencers' in helping young people understand the seriousness of the coronavirus. 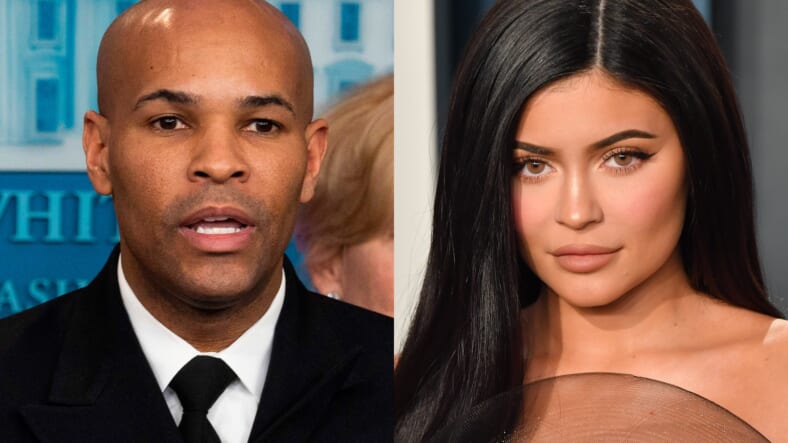 Surgeon General Jerome Adams is soliciting support from Kylie Jenner and other “influencers” in helping young people understand the seriousness of the coronavirus.

“What I really think we need to do (is) get our influencers,” Adams said on Good Morning America. “We need to get Kylie Jenner and social media influencers out there, in helping folks understand that look, this is serious, this is absolutely serious. People are dying.”

READ MORE: Finding joy while self-quarantined during ‘The Rona’ (OPINION)

Adams also hopes to get infected NBA ballers Kevin Durant and Donovan Mitchell involved in sharing the dangers of the disease and push against the cavalier way some young adults are responding to the virus. He said these stars, whom some teenagers and twenty-somethings look up to and try to emulate, might be more effective at reaching them.

And Adams says he has proof: when he tries to persuade his own teenagers, who are 14 and 15, usually “the more I tell them not to do something, the more they want to do it,” he said.

This demographic is important, Adams said, because young people are more apt to both get sick and spread COVID-19 to their older family members, including parents and grandparents.

In other news, Adams said yesterday that the Trump administration’s recommendation for Americans to practice social distancing for 15 days is “likely not enough time” to stop the coronavirus from spreading.

“Fifteen days is likely not going to be enough to get us all the way through,” Adams said in an interview on the Today show.

But he added that social distancing will become increasingly important to “flatten the curve.”