Finding Black joy while self-quarantined during ‘The Rona’

OPINION: Writer Ernest Owens says that humor has long been the way Black America has coped with national grief and terror. 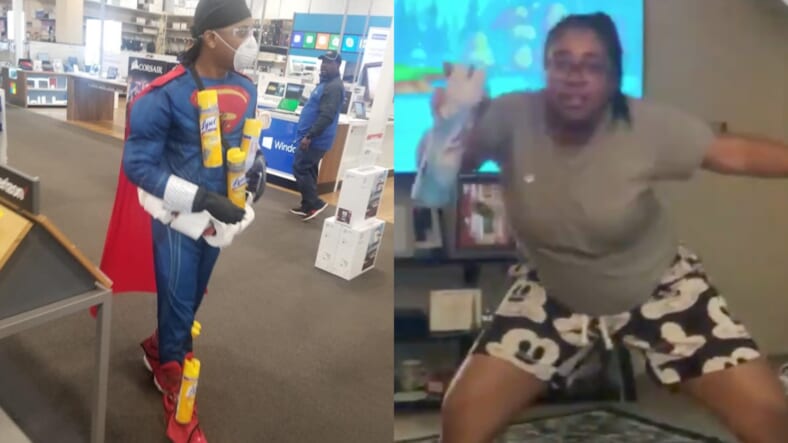 “Y’all better stock up on ginger ale before the Rona gets worse,” a friend of mine posted on Facebook.

“The Rona is about to have me spending my last paycheck on more Lysol and wet wipes,” another replied back.

“This Rona has taken a turn for the worst…I think I better call Tyrone and ask him to get some more toilet tissue or whatever Erykah Badu said,” another friend joked.

These were the reactions that came shortly after the World Health Organization had formally declared the COVID-19 outbreak, more popularly known as the coronavirus, a global pandemic. 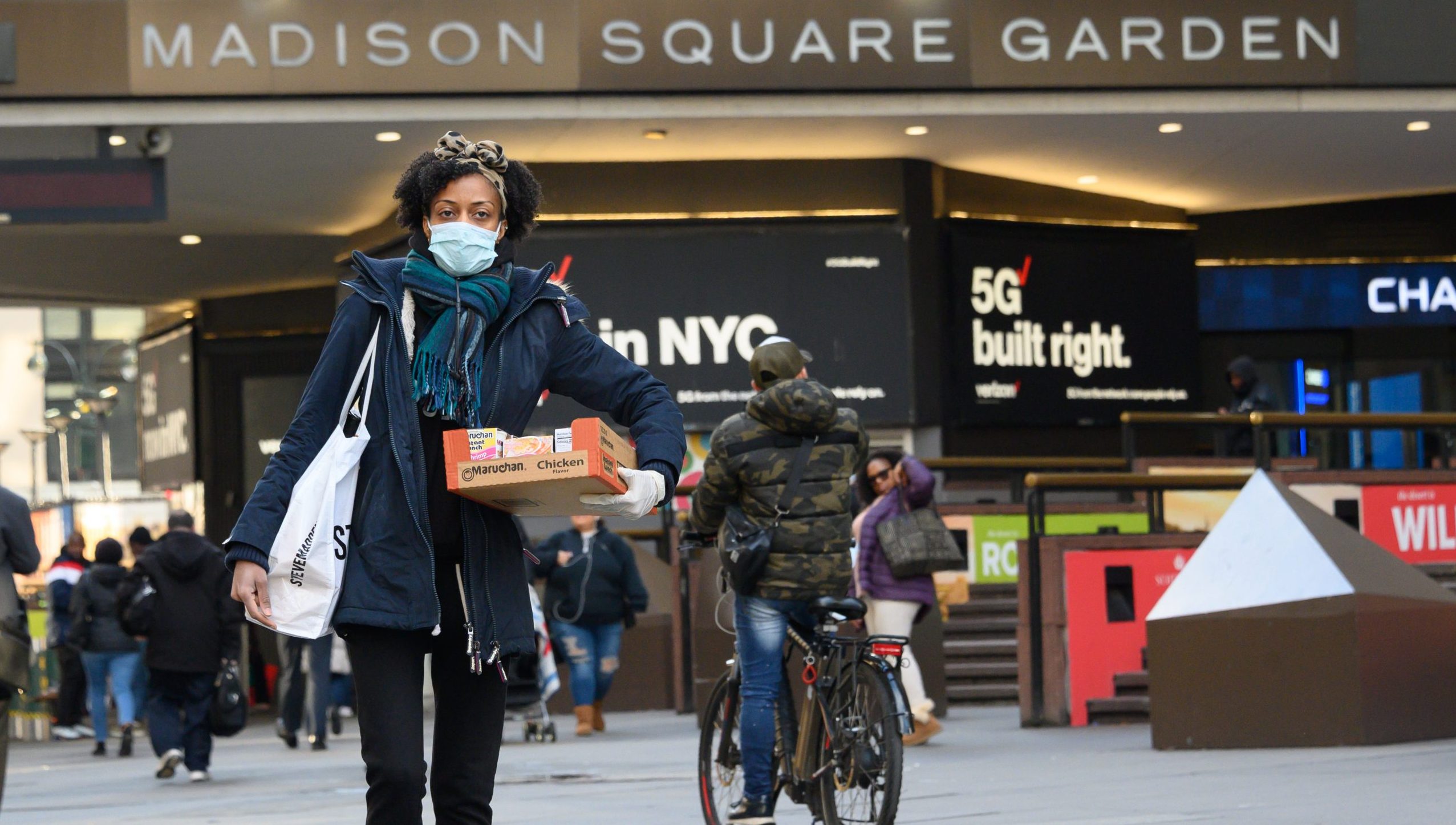 A person walks outside the Madison Square Garden while wearing a protective face mask as the coronavirus continues to spread across the United States on March 17, 2020 in New York City. The World Health Organization declared coronavirus (COVID-19) a global pandemic on March 11th. (Photo by Noam Galai/Getty Images)

As many around the world had begun to cancel events, practice social isolation, and heighten sanitation — another drastic change had taken over my social media timelines and newsfeeds.

My Black friends, family, co-workers, and followers had decided to nickname the coronavirus “The Rona,” and to prescribe humor as the remedy for the ongoing reports of increased death tolls, suspended travel, and federal communication errors that have now defined this public health crisis.

Go to Twitter and search #TheRona, and one can find hundreds of mostly Black users posting memes, GIFs, and jokes taking aim at one aspect of the current coronavirus madness at a time.

From guys posting TikTok before-and-after videos of going to the barbershop before the epidemic strikes their own backyard, to folks showing gratitude that they no longer have to partake in their company’s potlucks — there is a unique cultural phenomenon of Black humor that is present in this time of despair.

Living in Philadelphia, I remember last year seeing local Black residents refer to an armed man in a police standoff in North Philly as “Jawn Wick” — a play on both the popular Philly term “jawn” and the action-packed character John Wick, played by actor Keanu Reeves, of the eponymous film.

Although not justifying or defending the criminal behavior of the assailant, users were more reactionary to the intense situation as it played out right in front of them. Rather than panic and respond with chaos, the memes and pop culture references helped to ease collective anxiety and subconsciously humanize a neighborhood that has seen its fair share of crime.

Historically, Black people have always resorted to comedy as therapy during hard times. Whether professional comedians or everyday citizens, we have always found a way to self-medicate through laughter.

During the Civil Rights Movement when Black lives faced some of the most grotesque forms of white supremacy, legendary comedians such as Dick Gregory, Moms Mabley, and Redd Foxx infused social-political commentary in their stand-up routines.

When the crack epidemic began to impact Black urban life in the 70s and 80s, Richard Pryor and Rudy Ray Moore gave hot takes about race relations in ways that were uncensored and unapologetic. 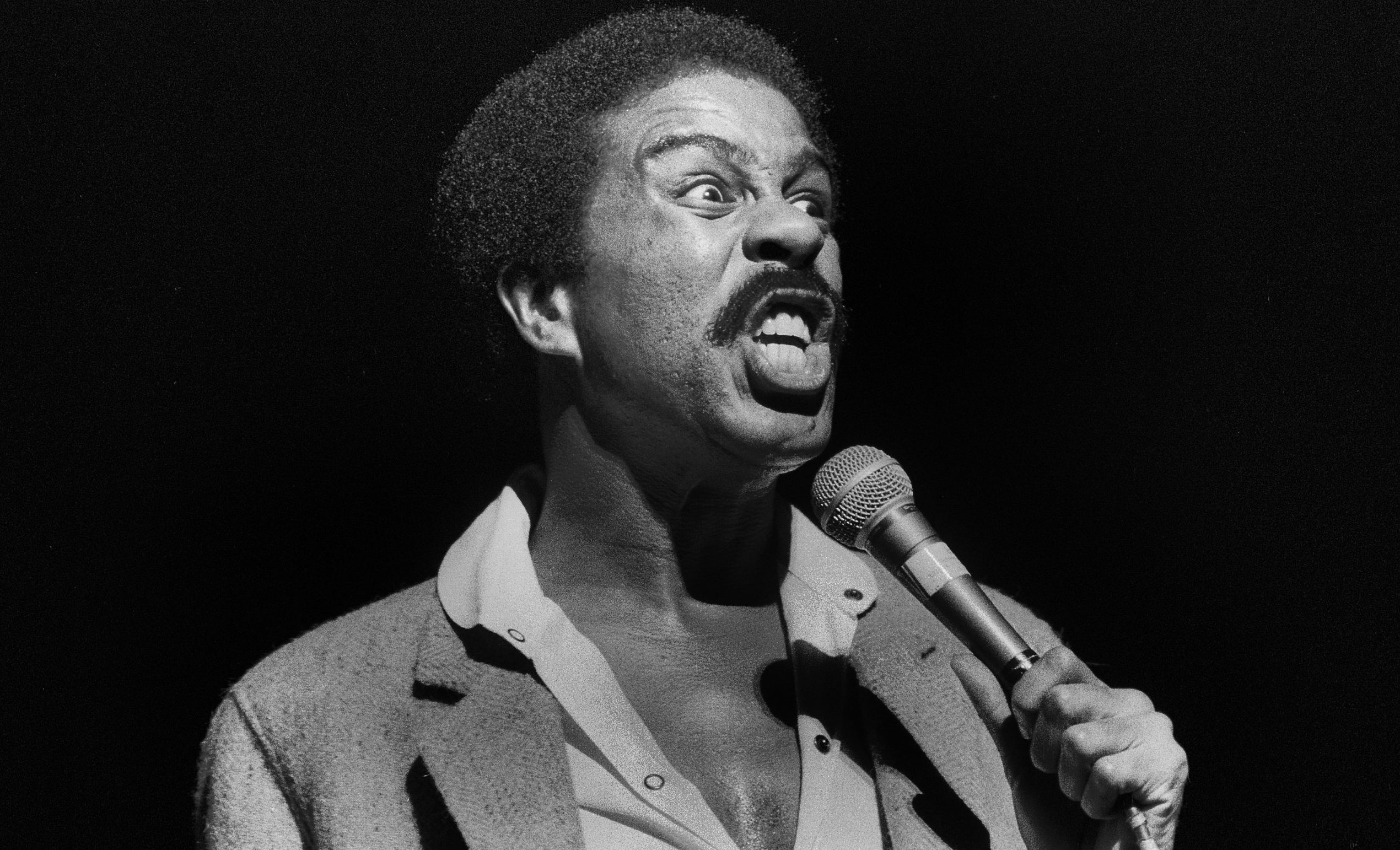 Seeing constant headlines on police brutality in the 90s wouldn’t have been the same without the comic genius and wisdom of several Black comics that includes the likes of Arsenio Hall, Martin Lawrence, and Chris Rock. Even during George W. Bush’s wars, the recession, and Hurricane Katrina, we always found ways to laugh to keep from breaking down.

As I have remained in a self-quarantine mode for the past few days, it has been the remarkable humor found online from everyday Black people who look like me that I have found ways to make this devastating experience as livable as possible. While scrolling the web for the latest updates that have become either more discouraging, frustrating, or just plain infuriating (i.e. Trump’s press conferences), the one consistent dosage of joy from all of this has been the collective humor that Black Twitter and others online have provided.

Whether it’s the countless “Quarantine and chill” jokes, the “if I die, I die” takes on cheaper flights or the nostalgic first-person tales of how our elders taught us proper hygiene that some of us took for granted — there is something to be said for how necessary and important such online cultural exchange is during a time of great uncertainty and disappointment.

Perhaps for Black people and other marginalized communities in America, laughing is the only way to keep from crying. While there is no doubt that the impact of the coronavirus will greatly affect all communities, it’s already proving to disproportionately hit urban, poor diverse areas more noticeably.

And while many of us, including myself, are beginning to experience the fatigue of cabin fever — let’s all take some time to laugh a little more in spite of all the madness that surrounds us.