Will Smith jokes ‘I Am Legend’ is spreading myths about coronavirus 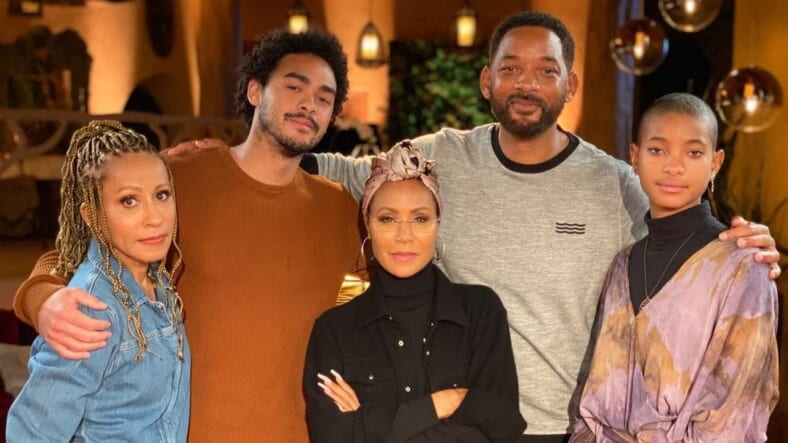 Jada Pinkett-Smith was joined by her family for an informative conversation about the coronavirus outbreak for the latest episode of her Facebook Watch series, Red Table Talk.

In the opening moments, Will Smith joked about his 2007 post-apocalyptic action thriller I Am Legend, based on the 1954 novel of the same name by Richard Matheson. He starred as a US Army virologist, and the sole survivor in New York City, struggling to find a cure for a plague that kills most of humanity and transforms the rest into monsters.

“I wanted to do this because I made I Am Legend so I feel responsible for a lot of the misinformation,” Smith said, USA Today reports.

Several social media users have noted the parallels between the film and COVID-19, as well as other movies that explore the collapse of society amid the outbreak of a highly contagious virus. Those include Contagion, World War Z, and the 2008 thriller Quarantine.

Michael Osterholm, director of the Center for Infectious Diseases, joined the show remotely. He offered clarity about the status of the current COVID-19 pandemic.

Missing from the conversation was the Smiths’ son, Jaden. He is practicing social distancing out of concern for his grandmother, Adrienne Banfield Norris, who was also on the show. Trey and Willow, Will’s other children, also joined the discussion.

Will also explained to daughter Willow and his mother-in-law the importance of self-isolation during the coronavirus crisis.

“The way the virus is moving and the reason why we need to practice social distancing and the idea of flattening the curve is if 50 people show up at that hospital at one time, to get 40 beds, right, now you have 10 people in critical condition that aren’t going to get help.”

“And your mortality rate shoots through the roof. That’s the idea of overwhelming the system,” Will continued. “So there is a certain amount of people that we can handle nationally to come in with critical respiratory issues at one moment.”

Will stressed the importance of flattening the curve for the greater sake of mankind.

“So flattening the curve means not getting to 80 people at one time, we practice social distancing, the virus is going to move through humanity,” he said.

As of Wednesday, there are reportedly 5,881 confirmed cases of the coronavirus in the United States, according to the Centers for Disease Control (CDC).

Watch the episode of Red Table Talk below.

What You Need To Know About Coronavirus

Jada and Will hold a special family Red Table Talk to get straight factual answers to their questions and yours about the Coronavirus pandemic.