'This is a very bad day for our country,' Allen said in an official statement to theGrio.

The U.S. Supreme Court tossed out Byron Allen‘s $20 billion racial bias lawsuit against Comcast on Monday, claiming the businessman had to show that race was the sole reason why the cable operator refused to carry his entertainment channels.

In a unanimous decision, the justices sent the case back to San Francisco’s 9th U.S. Circuit Court of Appeals, the New York Times reports. The 9th circuit will now have to reconsider whether Allen’s claims that Comcast’s refusal to strike a deal to carry his channels was based on race discrimination.

Allen, who is the founder and CEO of Entertainment Studios Networks (parent company of theGrio), sued Comcast in 2015 under Section 1981 of the Civil Rights Act of 1866. The post-Civil War statute allows “all persons within the jurisdiction of the United States” to have the same right to uphold contracts “as is enjoyed by white citizens.”

“Unfortunately, the Supreme Court has rendered a ruling that is harmful to the civil rights of millions of Americans. This is a very bad day for our country,” Allen said in a statement provided to theGrio.

“We will continue our fight by going to Congress and the presidential candidates to revise the statute to overcome this decision by the United States Supreme Court, which significantly diminishes our civil rights.” 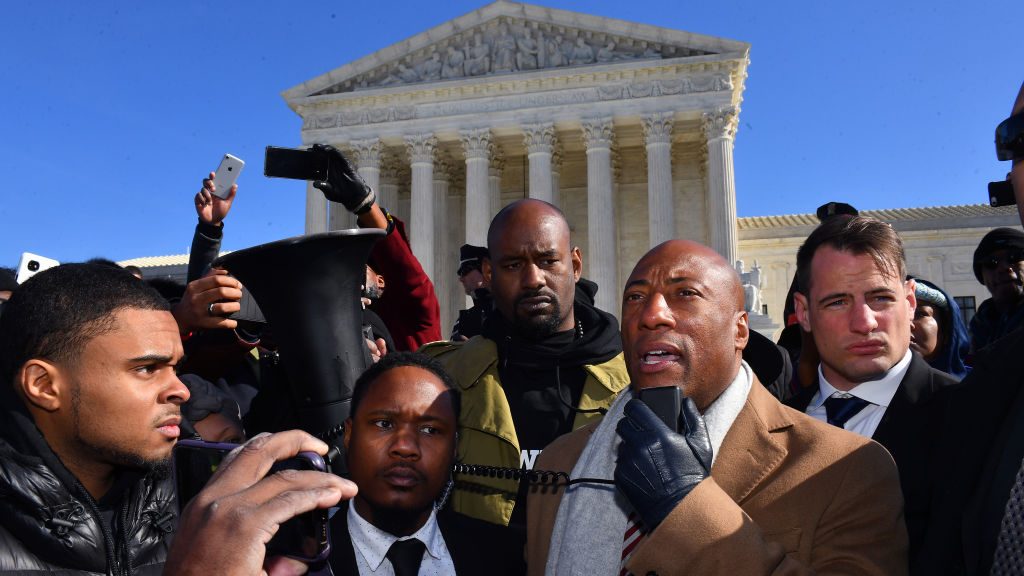 The Supreme Court heard oral arguments in the case back in November of 2019.

“[The statute] has been in the books for over 153 years and there has never been any ambiguity about this particular statute until we really tried to use it,” Allen said in a previous interview with theGrio.

Comcast said in a statement on Monday that it was “pleased the Supreme Court unanimously restored certainty on the standard to bring and prove civil rights claims.

“We are proud of our record on diversity and will not rest on this record. We will continue to look for ways to add even more innovative and diverse programming that appeals to our diverse viewership,” the statement said.

The ruling throws a wrench in Allen’s historic race discrimination lawsuit but does not yet put to a complete stop to it. The case can still move forward to the discovery phase if Allen can successfully argue that race was the motivating factor in Comcast’s refusal to do business with him.

The case was rejected three times by the Central District Court of California before the 9th U.S. Circuit Court of Appeals ruled that Allen’s claims were plausible. In April, Comcast filed a petition with the U.S. Supreme Court following the judgment.

Allen’s case has been hailed by some advocates and supporters for its historic nature. Winning such a case, supporters argue, would set a precedent for not only Black-owned business owners but other protected groups.

Erwin Chemerinsky, attorney for Allen and the dean at the University of California, Berkeley, School of Law, had previously warned that requiring Allen to prove that race was the single factor in Comcast’s decision before moving into the trial was not the intention of the original statute.

“We live in a world of multiple causes,” Chemerinsky said in November. “When you think of Congress’s broad remedial purposes in 1866, there is no doubt that Congress wanted then to open the door to claims with regard to race discrimination in contracting, not to close that door.”