Did the disgraced moviemaker get exposed to the disease at Rikers Island, where 40 prisoners have been diagnosed? 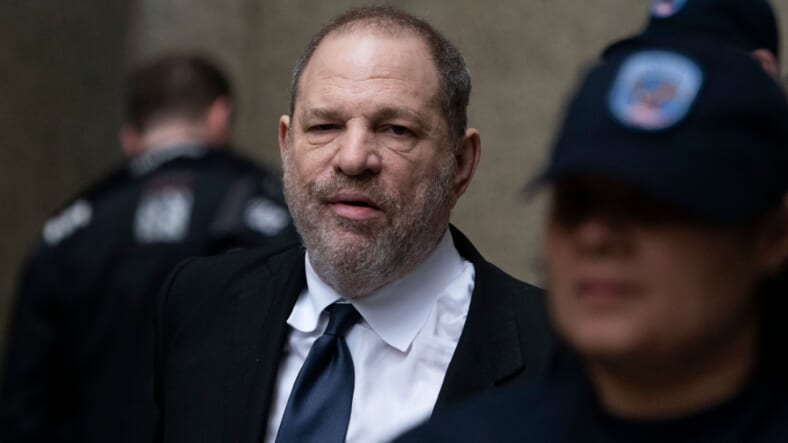 Several days after he was sent to the Wende Correctional Facility in upstate New York, Weinstein tested positive for COVID-19. The 68-year-old is now in medical isolation at the prison, a New York law enforcement official told Deadline. A second prisoner at Wende is also in isolation with the disease.

Officially, New York State’s Department of Corrections declined to confirm the news, citing a policy that they “cannot comment on an individual’s medical record.” And the producer’s PR chief Juda Engelmayer team said they have “not heard anything like that yet,” adding, “I can’t tell you what I don’t know,” reported Deadline.

Weinstein was moved to Wende on March 18 from New York City’s Rikers Island. It is unclear whether Weinstein contracted the virus at the prison, which is east of Buffalo, New York, or while he received medical treatment in Bellevue Hospital in Manhattan a few weeks ago. Authorities reportedly don’t believe he contracted the disease on Rikers Island because he was in medical isolation while there.

One thing is known— New York state has been hit harder than any other state with the disease. Roughly 40 inmates at Rikers were diagnosed with COVID-19 in the past week, according to Deadline.

Earlier this month, Weinstein was sentenced to 23 years in prison for sex crimes. He was also sentenced to five years of probation after his term is fulfilled.

Justice James A. Burke handed down the sentence to Weinstein for raping Jessica Mann and forcibly performing oral sex on Miriam Haley, his production assistant, according to The New York Times.

The case catapulted the #Metoo movement onto the national stage, and dozens of women went public with their stories of sexual misconduct by Weinstein.

Weinstein, who was once a beloved Hollywood producer, was convicted for the rape of Mann in 2013 at a hotel in Midtown Manhattan. He was also convicted of forcibly performing oral sex on Haley in his Lower Manhattan apartment in 2006, The New York Times reported. The jury acquitted him of two more serious charges of predatory sexual assault which would have potentially put him away for life.

In addition to his recent sentence, Weinstein also has a retaliation case pending from Ashley Judd, a sex-trafficking class action lawsuit to face and now another recent lawsuit was slapped on him from a woman who claims Weinstein abused her when she was 16.