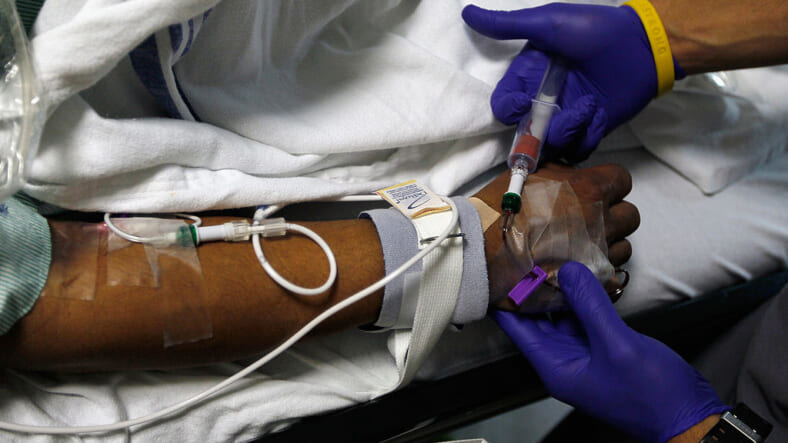 The coronavirus pandemic is particularly worrisome for Black doctors.

One reason is that Black doctors are mindful of health care inequities in low-income communities and so they have the added job of ensuring that Black patients are tested and treated just like everyone else. Another hurdle is the unenviable job of convincing people of color to trust them with their care.

“Make no mistake: Nothing diminishes our full obligations,” Dr. Rueben C. Warren, director, of the National Center for Bioethics in Research and Health Care at Tuskegee University, told NBC News. “But there absolutely is an added responsibility on us to bring assurances to our communities, to advocate for our communities.”

“In fact, we are not only obligated but we have a desire to make sure that equity exists,” Warren added. “Historically, that has not happened, which is a concern.”

Historically, Black people have had reason to be concerned based on cases of medical mistreatment, racial inequities and lack of testing and overall lack of trust.

“The trust question is not only about medical care but also about leadership,” Warren explained to NBC News. “The question is around equity, ethics and social justice. It is a new health concern, but why would the pattern be any different?”

The matter is such an important one that Dr. Pierre Vigilance, associate dean of public health practice and an associate professor at George Washington University, launched a group of healthcare practitioners to address the shortage of personal protection equipment (PPE) and to use city funds to purchase the equipment in mass quantities. The group will also train personnel on how to use the equipment.

READ MORE: Black medical students depict ‘the dream and the hope of the slaves’ in powerful photo on plantation

Warren said the distrust among some Black people to doctors and other health care officials are “grounded in the African American experience in the United States.” This includes the Tuskegee Experiment where hundreds of Black men between 1932 and 1972 were misled and infected with syphilis.

“Look at the Middle Passage,” he said, referring to the route of the slave trade.

“We didn’t come here as human beings; we were forced here as cargo… So there was this position that we’re less than human. And there’s been no change in that fundamental principle,” Warren said. “Things have gotten better, but they haven’t gotten better equity. In fact, in some ways, it’s gotten worse.”