Produced and directed by Stanley Nelson, the biography chronicles the life of Walker who was the child of slaves freed by the Civil War and is recorded as America's first self-made millionaire. 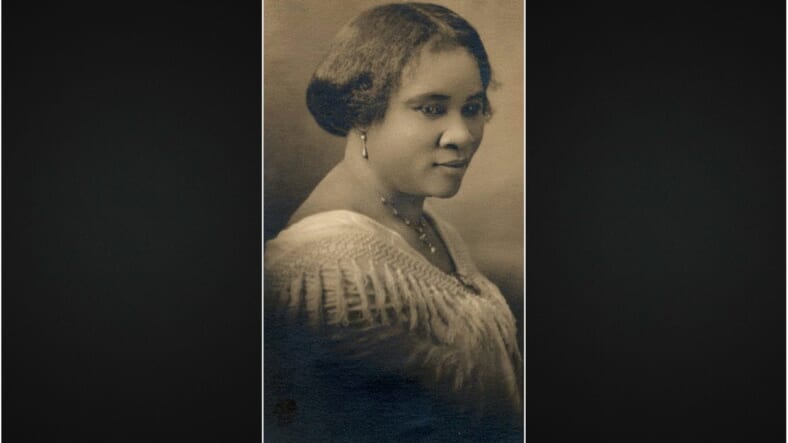 For folks who want to get the real story about Madam C.J. Walker while quarantining, Stanley Nelson‘s Two Dollars and a Dream is a worthy watch.

When Netflix premiered Self Made: Inspired by the Life of Madam C.J. Walker, tons of people were intrigued by the subject of the first woman self-made millionaire. While the series prompted tons of praise for its entertainment value, many of the details were admittedly imagined.

Two Dollars and a Dream, the 1989 film, is launching on the WORLD Channel’s YouTube channel today. It kicks off its new initiative bringing original content to the platform. The channel will be dedicated to telling stories reflecting the mosaic of America and the global community.

Produced and directed by Nelson (Miles Davis: Birth of the Cool) the biography chronicles the life of Walker. She was the child of slaves freed by the Civil War, and is recorded as America’s first self-made millionaire.

By interweaving social, economic and political history, it also offers a view of black America from 1867 to the 1930’s. Mrs. Walker’s fortune was built on skin and hair care products. She parlayed a homemade beauty formula into a prosperous business, marketing her products from coast to coast. Her daughter, A’Leilia Walker, was an important patron of the Harlem Renaissance.

The two women lived in royal style, complete with a mansion and chauffeured limousines. This little-known story is both entertaining and informative. It combines interviews, historical stills and unique film footage including scenes from Harlem’s famous Cotton Club. The film is punctuated with the music of Duke Ellington, Cab Calloway and other masters of that era.

Nelson’s film follows Walker’s life from her birth in Louisiana in 1867 to her death at the age of 51 in 1919. The story is told within the context of the larger history of African American people emerging from the institution of slavery and trying to secure a place in the country.

Nelson is the grandson of the late Freeman B. Ransom, the General Manager and attorney of Walker’s hair-product company and had access to company records and former employees, allowing him to provide an intimate look at Walker’s rise to success.

Nelson went on from this film to become one of the country’s leading documentarians focused on chronicling the African American experience. Some of his films include Freedom Riders (2010, winner of three Primetime Emmy Awards), Freedom Summer (2014, Peabody Award winner), and The Black Panthers: Vanguard of the Revolution (2016, NAACP Image Award winner).

In addition to honors for his individual films, Nelson has received a Peabody Award, a Lifetime Achievement Award from the National Academy of Television Arts Sciences and received the National Medal in the Humanities from President Barack Obama.