California to release 3,500 inmates early due to coronavirus concerns

Priority is given to those with less than 30 days remaining and the CDCR also plans to temporarily suspend intake from county jails.

California is releasing thousands of inmates from state prisons to reduce crowding to prevent the spread of coronavirus.

Prisoners behind bars for nonviolent crimes with less than 60 days remaining on their sentences are being considered. The total of inmates that totals is roughly 3,500.

The California Department of Corrections and Rehabilitation announced plans to expedite the transition to parole for nonviolent offenders with 60 days or less left on their sentences Tuesday. This excludes anyone convicted of any violent crime, including sex offenses, or domestic violence. 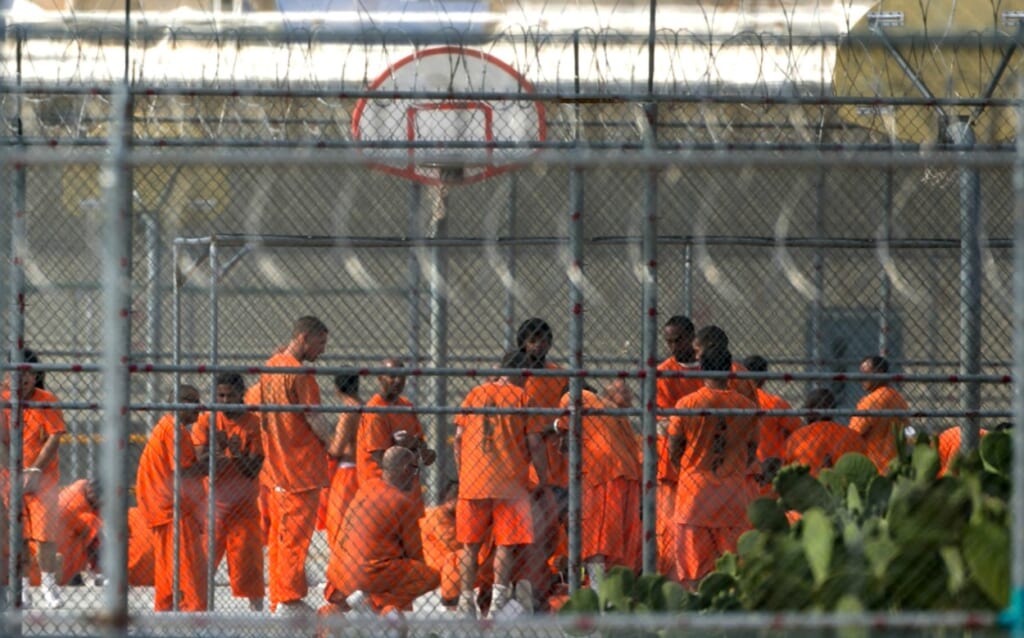 Harvard research shows that dark complexioned Blacks have a higher likelihood of being imprisoned and explores why. (Patrick Breen/The Arizona Republic via AP, File)

Priority is given to those with less than 30 days remaining.  The early release of some prisoners is only one step the CDCR is taking. The CDCR also plans to temporarily suspend intake from county jails. This totals an estimated 3,500 incarcerated persons eligible for early parole.

Additional new measures include mandatory verbal and temperature screenings for staff before entering facilities, suspension of access by volunteers and rehabilitative program providers, suspension of inmate movement, other than for critical purposes, and reinforced commitment to hygiene both institutional and personal, including greater availability of soap and hand sanitizer.

Plans also include a suspension in visitation, however, according to the CDCR, inmates will get additional free phone calls to their loved ones, made available through a partnership with inmate telephone network provider Global Tel Link.

“We do not take these new measures lightly. Our first commitment at CDCR is ensuring safety — of our staff, of the incarcerated population, of others inside our institutions, and of the community at large,” CDCR Secretary Ralph Diaz said in a statement. He continued, “however, in the face of a global pandemic, we must consider the risk of COVID-19 infection as a grave threat to safety, too.”

Organizers and activists began advocating for imprisoned populations during the beginning stages of the pandemic. REFORM Alliance, lead by Van Jones and rapper Meek Mill introduced a safety plan for prison systems with the hashtag #NoPrison Pandemic.

The CDCR reports, as of March 30, 22 employees and four inmates have tested positive for COVID-19 in the California prison system.