Tiffany Haddish recently revealed that while being quarantined at home, she found a little time to chat on Zoom with her Girls Trip castmates. The ladies discussed not only their off-screen lives but the possibility of continuing the storyline of their on-screen characters.

During a recent interview with HuffPost, Haddish dished on how she’s staying sane during the coronavirus pandemic, including a two-hour video chat with her Girls Trip costars Queen Latifah, Jada Pinkett-Smith, and Regina Hall, where the ladies brainstormed ideas for a sequel. 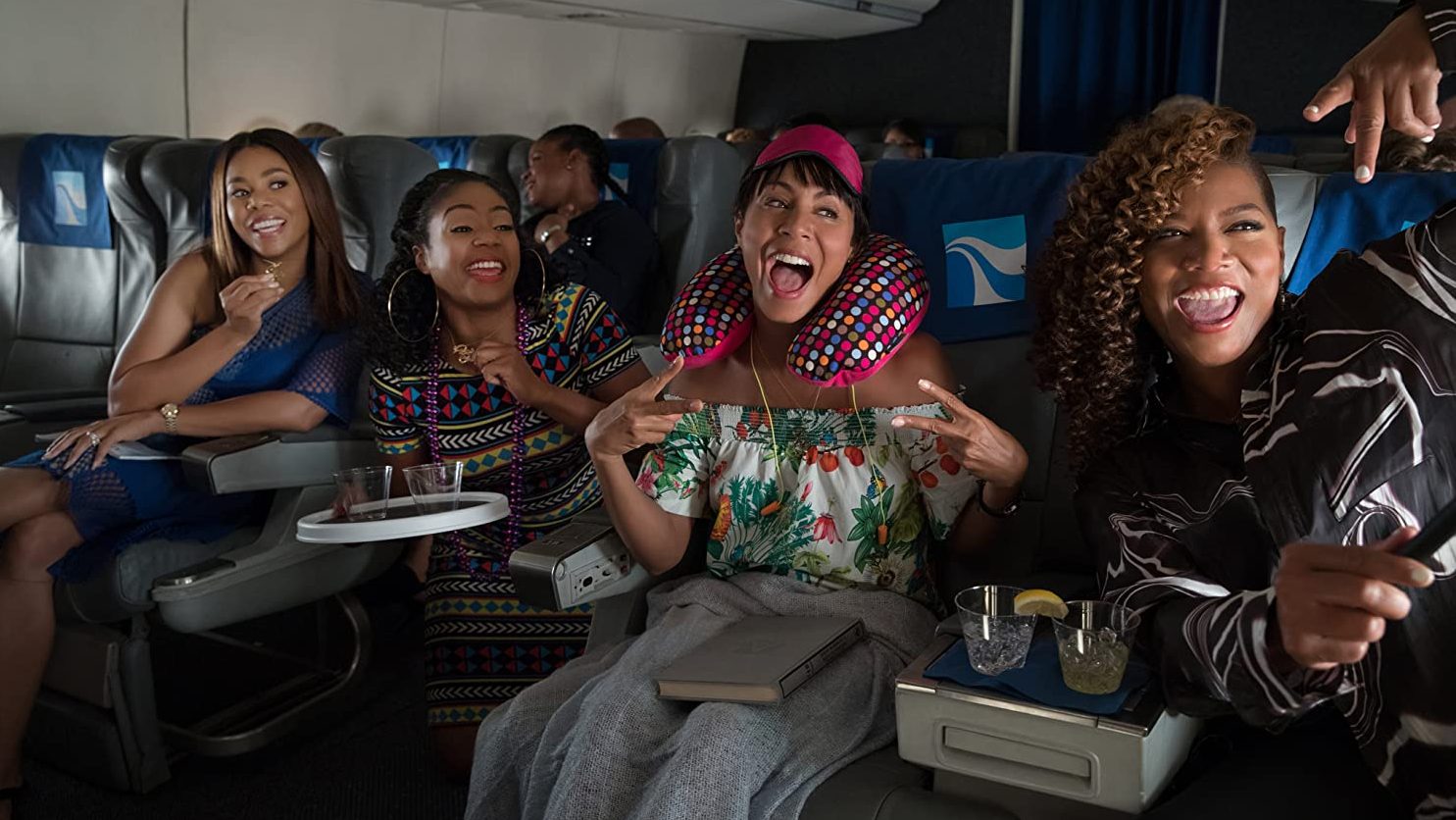 In Girls Trip, the ‘Flossy Posse’ captured the audience with their dramatic, yet humorous trip to New Orleans. The 2017 blockbuster took the girl-gang to a fictional ESSENCE Festival and provided an on-screen representation of Black-womanhood in an unprecedented manner. The film was also Haddish’s breakout role, introducing her to a new class of fame and celebrity.

While an official sequel has not been cemented by Universal Studios, the cast is on-board for reviving their roles and has hinted at the possibility of a sequel since 2018.

During an interview with HuffPost, Haddish shared that Kenya Barris, who co-wrote the original with Tracy Oliver has a treatment ready, however, no script has been submitted and things such as cost are playing a factor. Overall, the four women hope to bring their idea to life, one way or another.

“We might decide not to even make it ‘Girls Trip,’” Haddish said. “Maybe we’ll do a different story just in case no one wants to make ‘Girls Trip 2,'” says Haddish.