Gov. Brian Kemp's ignorance on how COVID-19 is transmitted reignites frustrations over Stacey Abrams not being elected 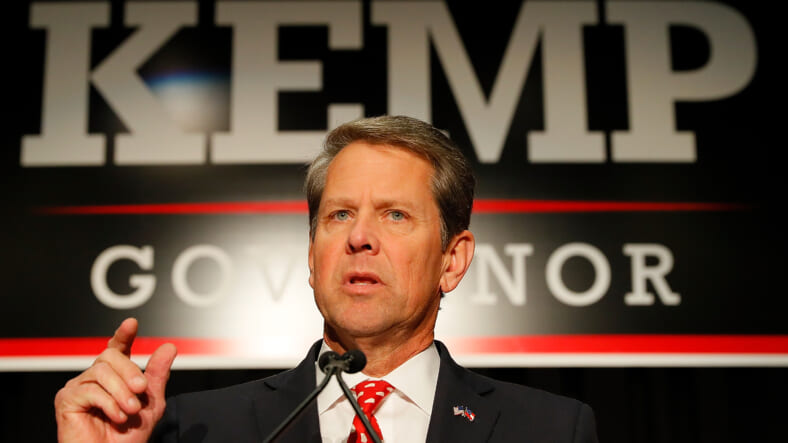 Georgians are now likely wishing Stacey Abrams was their governor.

Republican Gov. Brian Kemp feigned ignorance with how the COVID-19 was transmitted on Wednesday, saying he was not aware that asymptomatic people could still spread it.

Kemp, who narrowly and controversially defeated Abrams in the 2018 gubernatorial race, has now issued a state-wide shelter-in-place order after Georgia saw roughly 5,000 cases of COVID-19 and 139 deaths as of Wednesday, reported Newsweek.

READ MORE: Georgia nurse quits over COVID-19: ‘My family and my life, they matter’ 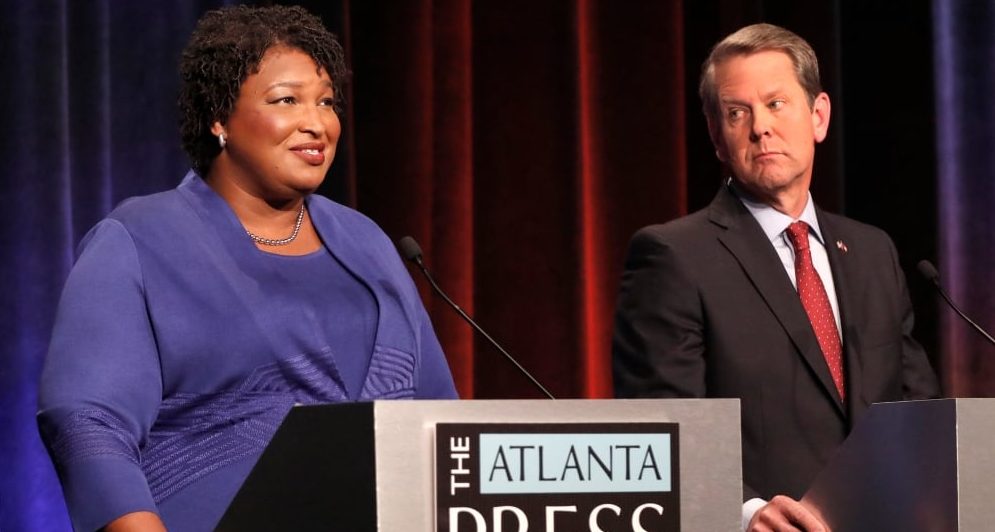 A stunning admission of deadly ignorance from Georgia Gov. Brian Kemp, who says he only just learned that asymptomatic people can transmit #Covid19. “[I]ndividuals could have been infecting people before they ever felt bad, but we didn’t know that until the last 24 hours.” pic.twitter.com/T7NZWk2GDR

“Finding out that this virus is now transmitting before people see signs, so what we’ve been telling people from directives from the CDC for weeks now that if you start feeling bad, stay home… those individuals could’ve been infecting people before they ever felt bad. But we didn’t know that until the last 24 hours. And as Dr. Toomey told me, this is a game-changer for us.”

Abrams is now trending as people argue that if Georgians had elected her as governor, the state’s late response to a widespread and potentially deadly disease would have never happened.

“This is a criminal level of negligence. And it is precisely what I expect from someone who stole the election from Stacey Abrams. Criminality,” tweeted @MsPackyetti.

This is a criminal level of negligence.

And it is precisely what I expect from someone who stole the election from Stacey Abrams. Criminality. https://t.co/QbbvhQI03q

“Just a reminder… Georgia doesn’t have Stacey Abrams because of voter suppression and a blatantly stolen election. It’s not because ppl didn’t vote for her/were too dumb to vote for her. The narrative around this needs to change so you know what you’re working against,” wrote Kaitlyn Greenidge.

“So many more Georgians would be alive now if Kemp hadn’t stolen an election from Stacey Abrams,” weighed in David Dennis Jr.

“Alleged Georgia GOP Governor Kemp, who is there because he stole the election, didn’t realize until today that asymptomatic people could infect others. Thousands of Georgians will die because the Governor is not Stacey Abrams,” tweeted Dean Gloster.

READ MORE: Stacey Abrams admits she was ‘worried’ during the 2018 Georgia election for governor

“This is the guy who refused to step down as SoS of Georgia while running for Gov, effectively allowing him to oversee his own election, and used extreme voter suppression tactics to barely beat Stacey Abrams in 2018. And now his stupidity/ignorance will cost thousands of lives,” tweeted Greg Haszu.

While New York Gov. Andrew Cuomo has been widely lauded for his clear guidance and aggressive stance to combat the coronavirus, governors in some southern states like Georgia, Florida and Mississippi have been criticized for wasting critical time to implement protective measures in their states.

Abrams, who would’ve been the first Black woman to serve as a U.S. governor, gained nationwide notoriety during her race against Kemp. She notably refused to concede the race, citing voter suppression and racist policies as factors in her upset loss.