As states release stats regarding COVID-19 deaths in the Black community; senators ask The White House to conduct a national study on race and the disease 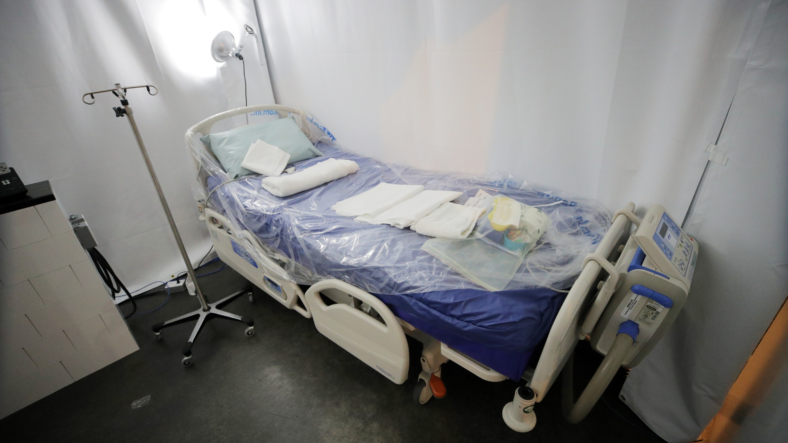 Another day, another grim statistic for Black people.

More than 70 percent of Louisianans who have died from COVID-19 are African-American, and the leading underlying issue is hypertension. The news comes a day after The Grio reported that 70 percent of all COVID-19 deaths in Chicago are Black people.

Louisiana Gov. John Bel Edwards announced his state’s findings during a briefing on Monday, according to WWLTV. Roughly one-third of all residents in the state are Black.

NEW ORLEANS, LA – APRIL 03: A painting by the graffiti artist Bandit titled “Our Nurses, Our Saints” is seen on a wall in the lower ninth ward. (Photo by Chris Graythen/Getty Images)

“Slightly more than 70% of deaths in Louisiana are African Americans,” Edwards said. “That deserves more attention and we’re going to have to dig into that and see what we can do to slow that down.”

Other cities and states are starting to show similar statistics.

In Michigan, for example, Black people make up 12 percent of the population yet 40 percent of the COVID-19 deaths, according to data released last week from the Michigan Department of Health and Human Services.

Although no widespread, national data on racial backgrounds has yet to come out by the Trump administration on the people who have died of COVID-19— a bone of contention for some elected officials— information that cities, counties, and states released thus far have painted a bleak picture for African Americans.

“If you walk outside and see who is actually still working, the data don’t seem surprising,” Elaine Nsoesie, an infectious disease modeler at Boston University, told The New York Times.

Senators Elizabeth Warren (D-Mass.), Kamala Harris (D-Calif.) and Cory Booker (D-N.J.) have sent a letter to the Trump administration urging him to collect race and ethnicity data on coronavirus cases, including categories of who is tested and treated.

“Despite the clear vulnerability of people of color in this public health emergency, comprehensive demographic data on the racial and ethnic characteristics of people who are tested or treated for COVID-19 does not exist,” the senators wrote.