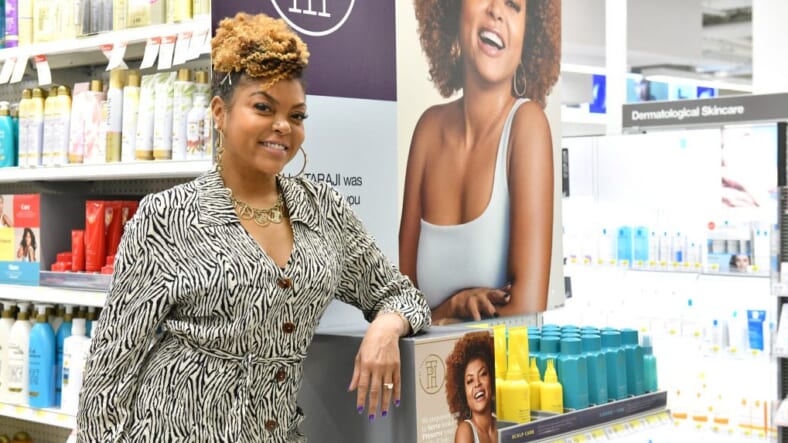 Taraji P. Henson is making the most of her time under quarantine.

The Empire star took to social media to show off her styling skills on Wednesday, sharing videos of herself doing her own hair at home. She also revealed that she did her own makeup, proving she doesn’t need a glam squad to slay.

While tons of people, including Tina Knowles Lawson, got a kick out of her at-home makeover, the announcement that followed was even more impressive.

The Coffee & Kareem star revealed that she’s launching a fundraising initiative through her non-profit organization, The Boris Lawrence Foundation. The Free Virtual Therapy campaign will raise funds for a free therapy hotline intended to serve the Black community while they continue to cope with the COVID-19 crisis.

Henson launched the Boris Lawrence Henson Foundation in 2018 in honor of her late father who died of cancer in 2006.

“He would probably say, ‘This is just the beginning. You have so much more to accomplish.’ I miss him. I miss him.”

The actress has been open about her father’s struggles with mental health after serving in the Vietnam War and has worked to raise funds to support mental health initiatives in the Black community.

“I wish people knew that it’s OK to talk about mental illness, especially in the African-American community and especially men,” Henson told THR in 2018. “They are told to be strong and tough it out and told that you’re weak if you have issues. We’re all human.

“We’re all in this thing called life together, and it is tough…We’re not afraid to talk about having a root canal or there’s no shame in having a thyroid issue or even cancer. Why can’t we talk about mental health in the same way?”