Woman, 86, dies after being pushed at hospital for not social distancing 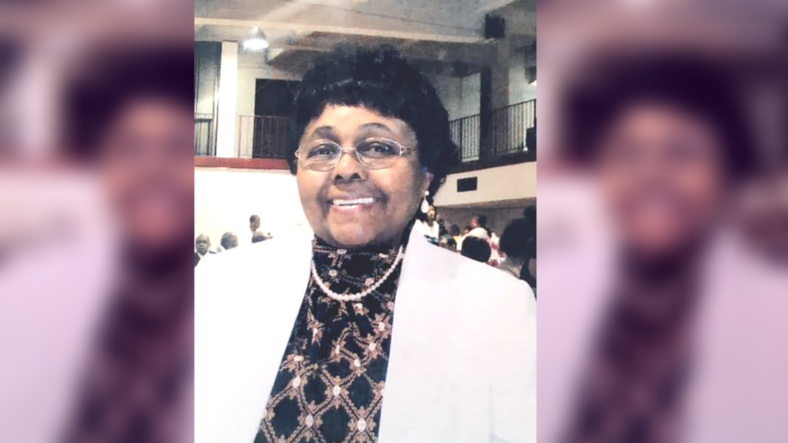 An 86-year-old dementia patient, Janie Marshall, became an indirect casualty of the novel coronavirus epidemic after she unknowingly violated the six feet of personal space recommendation inside of a Brooklyn hospital, and was pushed to her death.

Cassandra Lundy, 32, has been charged with manslaughter and assault for the March 28 incident, which happened inside of the Woodhull Medical and Mental Health Center in Brooklyn, New York.

Because of her dementia, Marshall had lost her bearings while in the emergency room and grabbed Lundy’s IV pole to catch her balance. Lundy became angry that Marshall was within her personal space, during the quickly spreading coronavirus epidemic and shoved the elderly lady, who fell to the ground and hit her head, according to The New York Times.

Marshall died from her injuries.

The death shocked hospital staff as they have struggled to handle the volume of patients coming in with the disease and to keep order. At first, hospital workers gave Lundy a summons for disorderly conduct in the incident. But after the medical examiner ruled Marshall’s death a homicide, police officially charged Lundy with Marshall’s murder.

“How do you put your hands on an 86-year-old woman?” Antoinette Leonard Jean Charles, 41, Marshall’s grandniece, told The Times. “I also understand the fear level of every person in New York has. There is a notion of every man for themselves. But attacking an elderly person? That went too far.”

Lundy is being represented by Brooklyn Defender Services, who declined comment.

READ MORE: EMTs in NYC told to not bring patients to hospitals if there’s no pulse

Woodhull hospital officials released a statement saying they were cooperating with police.

“We are terribly saddened by this death,” the hospital said in the statement. “We are committed to ensuring a safe, health-focused environment in these very demanding times so our heroic health care workers can continue to deliver the quality, compassionate care New Yorkers need more than ever.”

Marshall was reportedly in the hospital after she complained to her niece, Eleanor Leonard, 72, that she had severe pain in her stomach. Leonard called an ambulance and Marshall was taken to Woodhull, the same facility that treated her for similar symptoms earlier in that same week.

Marshall was diagnosed with a blocked bowel in the ER, and doctors were going to admit her. But the hospital wouldn’t allow any of Marshall’s family members to stay with her, as they were trying to limit the number of people in the emergency room because of the coronavirus.

A day later, Marshall reportedly became confused and started to walk around the ER, when she grabbed Lundy’s IV pole for support.

The hospital reportedly didn’t contact Marshall’s niece after the incident. Leonard states that she had been continuously calling the hospital to check on her aunt but to no avail. When she finally reached someone, she said she was told that Marshall was receiving medical care.

“I thought, ‘That’s great. She’s being tended to,’” Leonard thought. “I didn’t know she was dead already.”

The next morning, Leonard said she was told that her aunt had gone into cardiac arrest. She thought that was odd because her aunt never had any heart issues.

A cousin would be the first person to relay the bad news, after reading about the news online. “Did you know your aunt was murdered?” the cousin asked, according to Leonard.

When Leonard did a Google search, she found the same alarming news stories. Leonard and her family members now question why the hospital wasn’t immediately forthright. “I understand we are in the middle of a pandemic,” she said, “but to say nothing?”