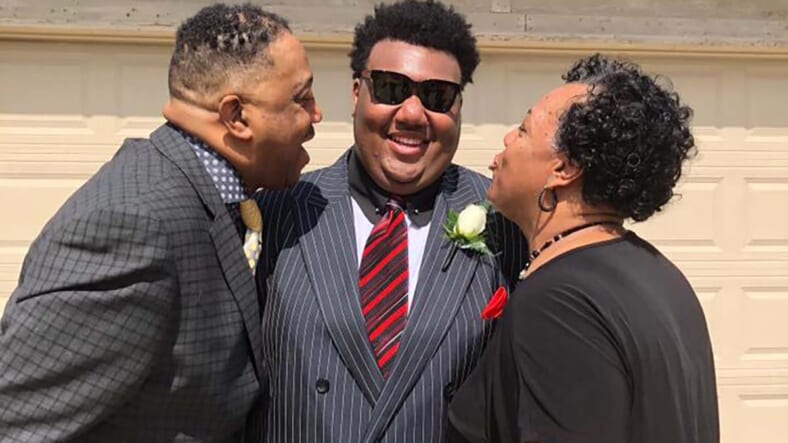 While coronavirus has brought tragedy to many American households, the virus has an insurmountable toll on one Michigan woman after the disease claimed her entire family.

Sandy Brown, a resident of a Flint suburb, lost her husband, Freddie Lee Brown, Jr., and their only son, Freddie Brown III, to COVID-19 just days apart from one another, according to The Detroit News.

“There’s not even a word created to describe my pain. It’s unimaginable,” Sandy Brown told the newspaper.

The father and son both had underlying conditions that made them vulnerable to the virus. The senior Freddie, whose lungs collapsed prior to his death, had a kidney transplant in 2012. The younger Freddie had asthma.

The couple had been married for 35 years. Freddie Brown, Jr., was a church elder of the Church of God and Christ and retired produce clerk at a grocery store. Freddie Brown III was attending Mott Community College and had plans to walk on the Michigan State University football team.

Sandy called Freddie III a miracle child. After giving up on having a child following two miscarriages, she gave birth to him at age 40.

Sandy held a service for both her husband and son on Friday at a funeral home, adorning a sparkling protective mask. Due to social distancing orders and gathering limitations, 25 local people stopped by the empty funeral home to pay their last respects.

Sandy Brown envisioned a funeral fit for kings, but the #coronavirus TOOK THAT AWAY FROM HER.

Practicing social distancing she held a visitation for her husband and son who lost their battles with the disease.

During the Browns’ Friday service, which was livestreamed over Sandy’s Facebook page, 25 local people wearing masks walked, one by one, into the empty funeral home. After paying their last respects, they cleaned their hands with sanitizer.

“Medical science says I should be traumatized. I had a traumatic experience twice,” Sandy said. “I should be banging my head against the wall. But God said no. I’m standing here in the strength of the lord, not strength of my own. God has got me.”

This is a particularly devastating story out of many to hit Michigan, where Black communities across the state have been decimated by the outbreak.

As of Saturday afternoon, Michigan has nearly 22,500 recorded cases of COVID-19. That count is third to just New York and New Jersey, who combined account for nearly half of the country’s 506,000 infections, according to data compiled by Johns Hopkins University.

Detroit, a majority Black city suffering high poverty rates, and the surrounding Wayne County has particularly been hit hard by the outbreak. The county accounts for nearly half of the state’s COVID-19 infections and almost half of its 1,270 recorded deaths of coronavirus complications.