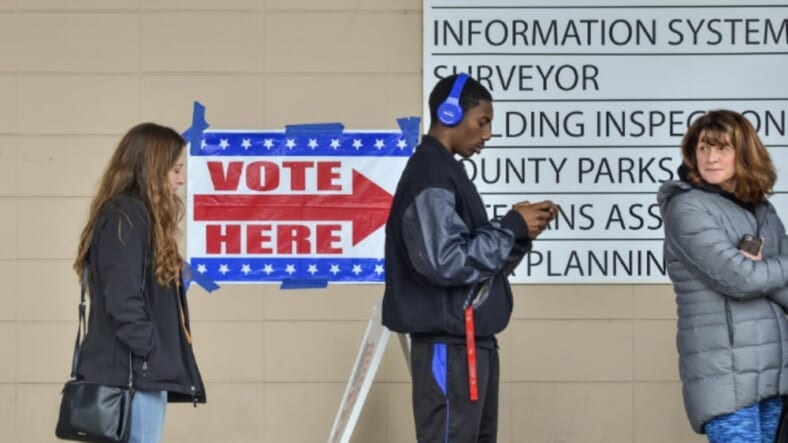 A federal lawsuit is claiming that the postage cost to vote in the upcoming Georgia election is akin to a poll tax.

The Atlanta Journal-Constitution reports that Black Voters Matter filed a federal lawsuit Wednesday making such allegations. They have asked a judge to require that all envelopes already have prepaid postages for absentee ballots and absentee ballot request forms.

READ MORE: Postal Service running “out of cash”; and that may hurt African Americans

It costs 55 cents for a first-class stamp or more for longer and heavier ballots. Black Voters Matter argued that to pay that fee is tantamount to paying to vote.

“Many voters, especially lower-income voters, do not have postage stamps because they do not use them or cannot afford to buy a book of stamps just for elections,” according to the lawsuit. “Many voters do not have internet access or credit cards to purchase stamps online … and they do not want to needlessly expose themselves to the COVID-19 virus to buy stamps at a post office.”

Gov. Brian Kemp has claimed that he does not have the authority to delay the upcoming May 19 primary.

“The attorneys I’ve talked to, I don’t have the authority under this (emergency) order to delay an election,” Kemp said. “I know there’s been a lot of talk about that. We’ve got our hands full in the COVID-19 fight.”

As such, many voters have chosen to rely on voting by mail rather than voting in person. Absentee ballot request forms were mailed to the state’s 6.9 million active voters.

Georgia has required that voters who request this option pay for postage. However, Black Voters Matter and the American Civil Liberties of Georgia would like an accommodation given the current circumstance.

“Because of the pandemic, the number of voters who mail in ballots will skyrocket,” said Sean Young, legal director for the American Civil Liberties Union of Georgia, which filed the lawsuit on behalf of Black Voters Matter. “It is all the more imperative that unconstitutional barriers like the poll tax be removed immediately.”