They’ve asked Congress for $89 billion to stay afloat, saying the agency will run out of money by the end of September if they don’t get a cash infusion 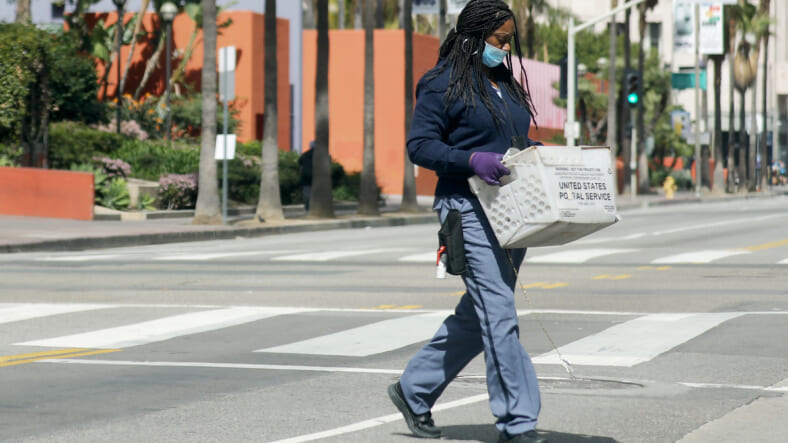 A U.S.Postal Service worker wears a face mask and gloves while crossing a downtown street as the coronavirus pandemic continues on March 24, 2020 in Los Angeles, California. California Governor Gavin Newsom issued a ‘stay at home’ order for California’s 40 million residents in order to slow the spread of COVID-19. (Photo by Mario Tama/Getty Images)

The COVID-19 crisis has hurt most major industries in the U.S. and the perpetually in debt postal service is no exception. They’ve asked Congress for $89 billion to stay afloat, insisting the agency will run out of money by the end of September if they don’t get a cash infusion.

Trump may not be so eager to help as he has long held the view that the postal service should charge on par with Amazon. Just last week, he rejected a cash bailout.

“They have to raise the prices on these companies who drop thousands of packages on the floor of the post office,” Trump told reporters at the White House on Wednesday. “They ought to do that. I’m pushing them.” 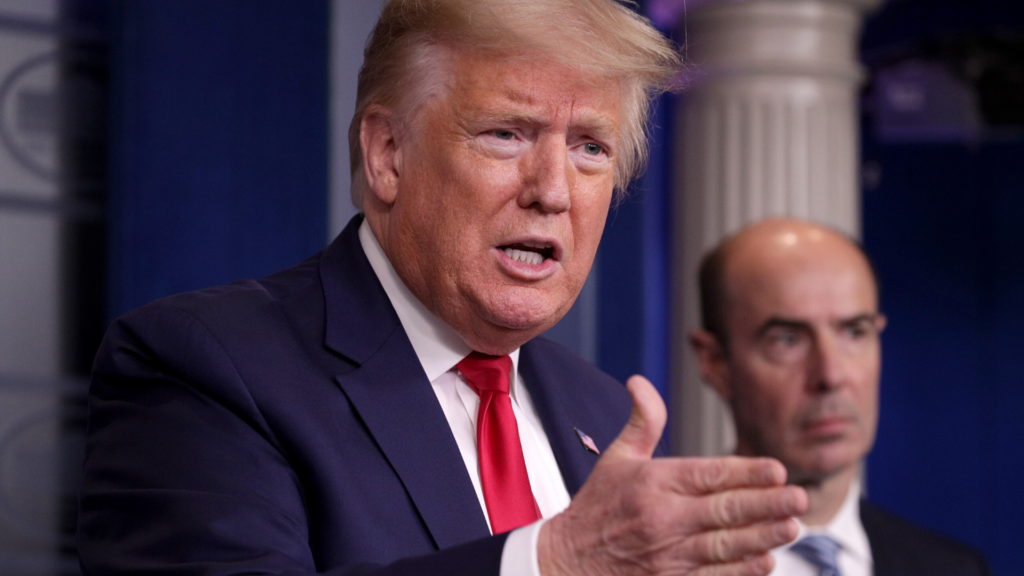 Mark Dimondstein, the president of the American Postal Workers Union which represents more than 220,000 postal workers, argued politics were at play with Trump’s reluctance to get involved.

“At the end of the day, they have an agenda,” said Dimondstein.  “Raise prices, reduce worker benefits and reduce services, make it appear more profitable and set it up for sale.”

A progressive response to this pandemic is not possible without USPS.

– Vote by mail.
– More direct payments.
– Rx delivery for isolated seniors and those with disabilities.

This isn’t just another squabble.

This is at the core of all we’ve fought for. #SaveThePostOffice

The postal service is one of the country’s biggest employers. As of 2018, according to Data USA, the agency employs over 330,000 employees with an average salary of $50,000. While 67% of its employees are white, 21% of the agency’s employees are Black.

“At a time when America needs the Postal Service more than ever, the reason we are so needed is having a devastating effect on our business,” postmaster general Megan J. Brennan told The New York Times. “The sudden drop in mail volumes, our most profitable revenue stream, is steep and may never fully recover.”

Brennan told the Times that an expected 50% drop in mail volume since the same time last year could cripple the service, resulting in a reduction of regular mail delivery. A controversial mandate to pre-fund retirement benefits has also caused problems for USPS, one of many moves viewed to cripple the agency and possibly privatize it.

READ MORE: Who gets a stimulus check and who doesn’t, and how should you spend it?

SAN FRANCISCO, CA – DECEMBER 18: Holiday stamps are seen on mail at the U.S. Post Office sort center on December 18, 2014 in San Francisco, California. The U.S. Postal Service will process and mail over one billion cards, letters and packages during the 2014 holiday season. (Photo by Justin Sullivan/Getty Images)

The post office, already on life support, has been reeling as bulk advertisers and others have cut back on their mailings given the realities of the COVID-19 pandemic. Postal workers, like those in warehouse, have been testing positive for the coronavirus. It has led to a reduction in staff across the country, multiple outlets have reported.

The postal service has employed African-American workers since Reconstruction. According to Jacobin, former slave William Harvey Carney, who received a Medal of Honor for his actions in the Civil War, was a mail carrier for 30 years. Postal workers were early activists in labor unions, working directly with the NAACP to improve working conditions. 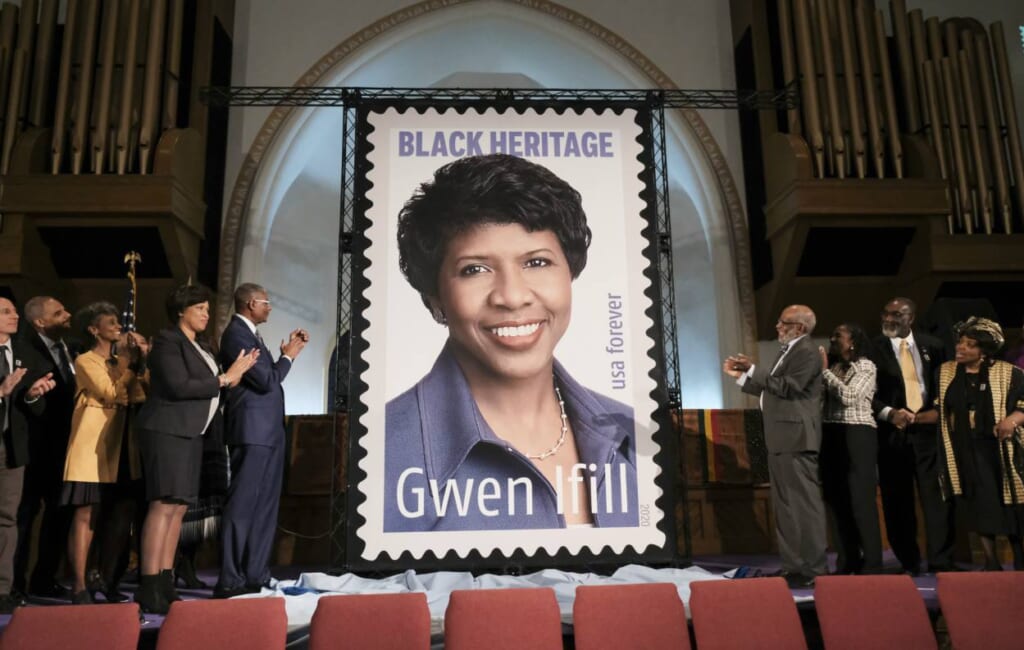 As the coronavirus continues to decimate industries and American unemployment has reached levels more than in the Great Depression – 16.8 million Americans have filed for unemployment so far – the loss of a critical public service and its jobs could be catastrophic.

The postal service is also considered essential to voting by mail, which is likely to be utilized more given the social distancing mandates of the coronavirus. There is no way to know right now how much of an impact that will have come November, but it is a concern.

It is also essential to seniors, many of who receive disability and Social Security checks by “snail mail”. Freelancers, contractors and gig workers who often don’t have the option to be paid via direct deposit also benefit from the service.