Dr. Donald Alcendor, the scientist responsible for the drug that treated the Zika virus, says believes he and his team's latest work may help the national crisis 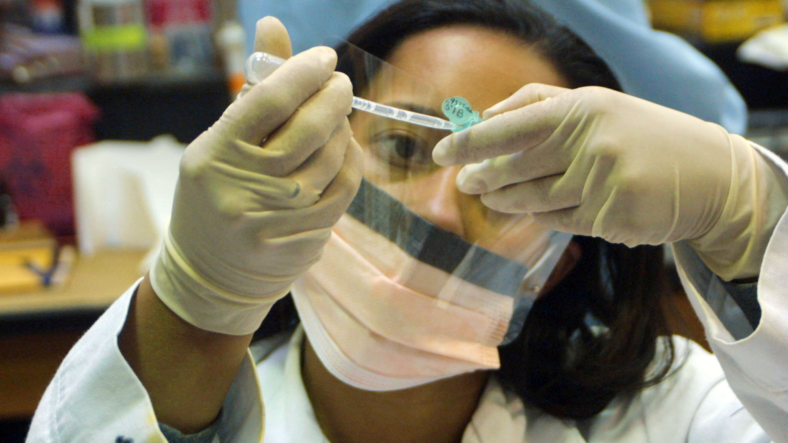 A scientist in Nashville’s Meharry Medical College, an HBCU, says he is two weeks away from testing an anti-virus to combat COVID-19.

Dr. Donald Alcendor has watched news accounts of people succumbing to the respiratory disease that has claimed the lives of a disproportionate number of Black people in cities across America. For him and others at Meharry, this is personal.

“And that makes us all at Meharry compelled to do our best,” Alcendor told NBC News.

Several years ago, Alcendor worked on a successful anti-virus to treat the Zika virus, so he says he has high hopes in this latest anti-viral drug, although he concedes the undertaking is on a much higher scale.

“This is bigger than COVID-19,” explained Dr. Linda Witt, the senior associate vice president for development at Meharry. “We are called to serve on the front lines. For Meharrians, it’s natural to go into our communities. We exist in the black community. But it’s at a heightened level now. And having an HBCU presence, voice and expertise is essential.”

Now Meharry’s Alcendor is competing against top universities and scientists at pharmaceutical companies across the United States to be the first to develop the antiviral drug. Alcendor was brought into the effort at the request of Meharry President James E.K. Hildreth, and he is all in.

The antiviral drug to treat COVID-19 will ultimately undergo clinical trials and, if successful, be approved by the Food and Drug Administration over the next few months. This is a short-term solution as the world waits for a vaccine, which could take upwards of 18 months.

Alcendor said he feels good about what he and others at Meharry have come up with.

“The process is understanding how the virus gets into your system, where it goes and how it infects,” Alcendor told NBC News. “The struggle is that it is a single-strand that produces tremendous inflammation. The patient will feel like he’s drowning.”

Alcendor’s antiviral drug will counter this by intervening “at the critical point in the virus’ (attack), eliminating its ability to reproduce viral proteins. The cycle would be terminated.”

“It’s similar to what we did with Zika,” he added. “But in comparison to Zika, this is through the roof. We didn’t have the deaths or the spread. This is a much bigger scale. All the marbles are on the table.”