The Senate race is heating up in South Carolina as Harrison raised $7.2 million in the first three months of this year. Graham, in contrast, has only raised just about $5.6 million. 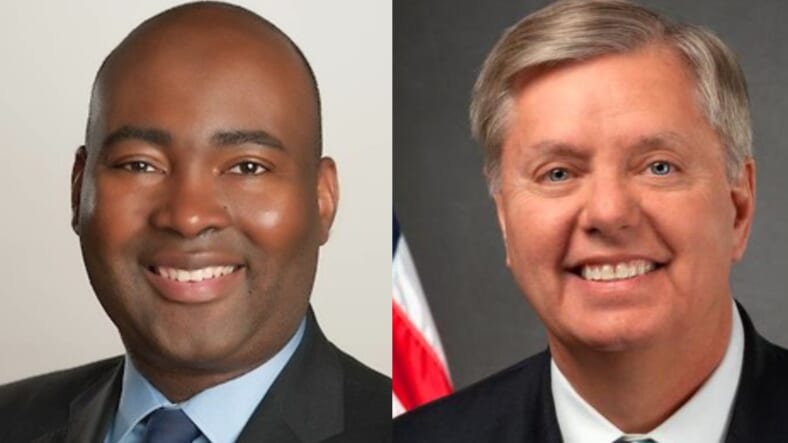 As reported by CNN Thursday, the Federal Election Commission details that Harrison raised $7.2 million in the first three months of this year. Graham, in contrast, has only raised just about $5.6 million.

Exciting news today, y’all! Wanted to give you an update!

Campaigns were required to provide those reports by March 31, in accordance with Federal Election Commission guidelines.

Harrison has a fight on his hands as Graham is entrenched in South Carolina and is a close ally of President Donald Trump. Graham also has outraised Harrison overall, to the tune of $6 million and has almost $5 million cash in his war chest.

“We’re so grateful for this outpouring of support from everyday people who are looking for leadership that puts them first,” Guy King, Harrison’s communications director, told CNN.

I'm humbled and grateful for all of your support!✨⠀ ⠀ Over the past 3 months, we raised $7.3M for our movement to bring hope back to South Carolina. ⠀ ⠀ Over the next 7 months, we're going to fight hard every day to defeat Lindsey Graham. And together, we can get it done.

Harrison may have an advantage among the Democrats trying to win seats in Republican strongholds. In the last months of 2019, Harrison outearned every one of those challengers except for Mark Kelly, the husband of former Arizona Rep. Gabby Giffords, and Amy McGrath who is a long shot to unseat Kentucky’s entrenched majority leader Mitch McConnell.

Harrison, the son of a single mother who was raised by his grandparents in a mobile home in Orangeburg, S.C., overcome poverty to graduate from Yale University and Georgetown Law School. His wife, Marie Boyd, is also a Yale graduate.