OPINION: The Netflix series is an unfiltered version of 'Black-ish' that challenges viewers to expand their definition of Blackness

Kenya Barris debuted his latest offering #blackAF over the weekend and the first project from his huge overall deal with Netflix may feel a little familiar.

Like his hit, black-ish, and subsequent spinoffs, the show is based on his own family life and the characters are fictionalized versions of his actual wife and children. This time around, Barris plays himself; a Hollywood heavyweight navigating the good life with six children while working to maintain his edge in Tinseltown.

Throughout the eight episodes we see Barris and his wife, Joya, (played by Rashida Jones) hilariously contending with the challenges of marriage and child-rearing from their LA mansion. 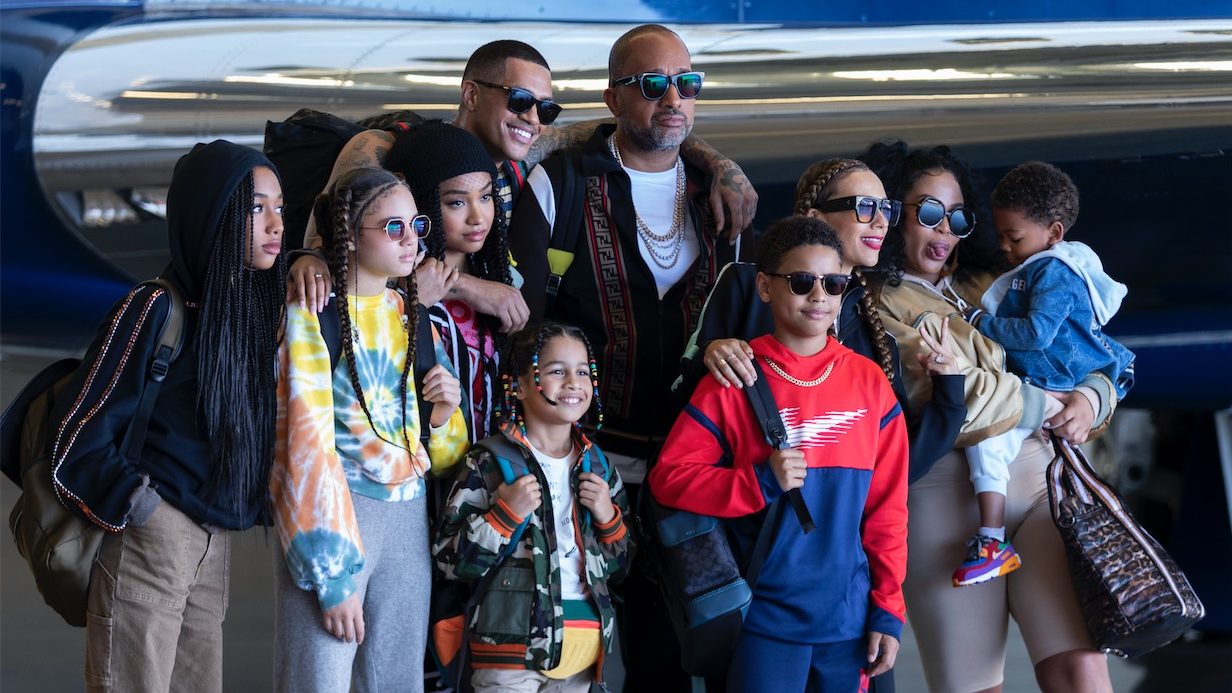 At a time when representation is more diverse than ever, Barris is doubling down on the notion that all the money in the world doesn’t change the unique set of problems being Black still presents.

#blackAF is a sharp-tongued, witty examination of life on the other side of the status quo and proof that Barris isn’t afraid to take risks. Doing another show based on his family could backfire. Taking on the leading role without any acting experience is ballsy. Asserting that light-skinned, super-rich Black people still have things to complain about despite their privilege could infuriate a part of the community who feel like they’re struggling just to survive.

Still, Barris knows the content is coming from a very specific source, making it all the more valid to shed light on a sliver of the experience that remains mysterious to many. This is his story to tell, and he does so unapologetically.

The show is a bit of a slow start, with the first few episodes taking time to introduce us to the Barris family dynamic through the eyes of his daughter Drea (Iman Benson), an aspiring film student who is working on a documentary on her family to get into college.

She loves her family, but she’s also painfully aware of their quirks and she relishes in capturing their hilarious dysfunction.

Joya used to be a kick-ass corporate lawyer, but she has taken the last three years off to be a full-time mom. Although she says she’s happy about the decision, it’s clear she’s aching to be a breadwinner again. 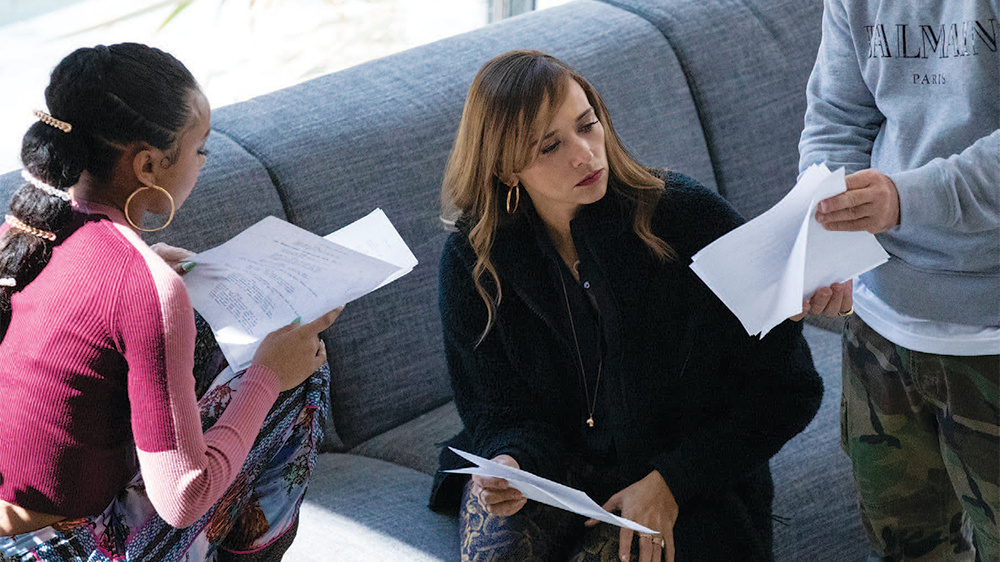 Her husband’s success has afforded her a life of luxury and she unapologetically utilizes her resources to make mom life a little easier by hiring nannies for the little ones, drivers for the bigger ones and takes her self-care regimen (aka her hip-hop dance classes) very seriously.

Kenya is admittedly self-absorbed, always annoyed by his children, and usually judging his wife and her actions. Even though he has made it big in Hollywood, his deals will never be as big as those of his white counterparts. He’s constantly questioning his talent and highlighting his obsession with white gaze while spending his off-time adding to his collection of designer sweatsuits that cost more than some people’s rent.

The constant bickering between Kenya and Joya seems surface-level at first, but really it examines the unique strain facing marriages like theirs. When you’re blessed with the luxury of choosing your reality, are you ever really satisfied? 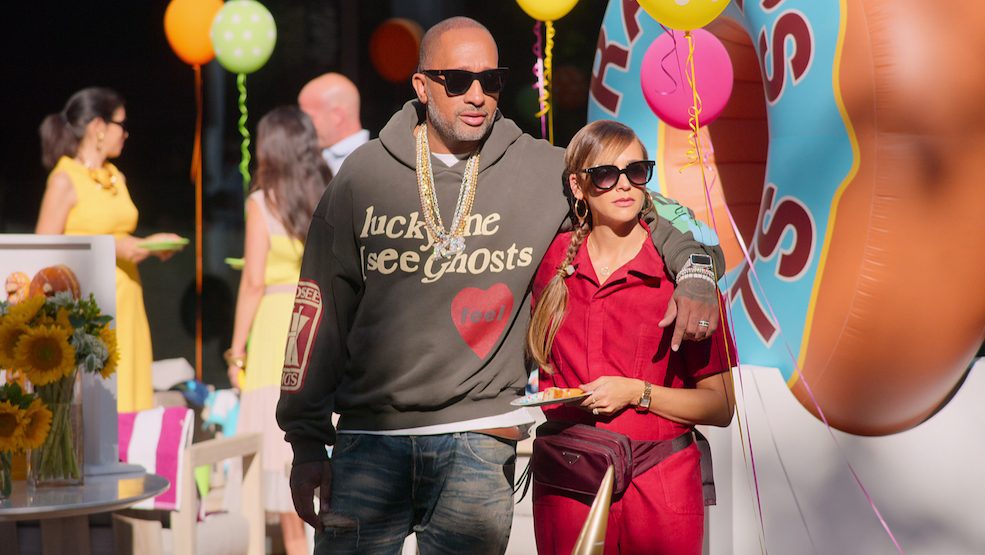 It doesn’t seem that Barris is too concerned with making his characters likable. Instead, he’s more focused on presenting an honest portrayal of being Black and bougie. He’s keenly aware of the criticism these kinds of characters, including himself, will face and he’s down to show it all anyway. He’s in on the joke.

As is Rashida Jones, whose identity as a Black woman has gone overlooked in Hollywood until now. In real life, she’s the daughter of the legendary Quincy Jones the late Peggy Lipton, and like her #blackAF character, she’s still forced to defend her Blackness because of her fair complexion and stick-straight hair.

Prior roles have often taken an ambiguous approach to her race, making this the first time we get to see her playing what she is; a bi-racial, Black woman.

Creative freedom and dry humor are the secret ingredients of this show and what sets it apart from its predecessors. In a way, it serves as an unfiltered version of the hit ABC series that brought Barris mainstream success and launched the careers of Marsai Martin and Yara Shahidi. 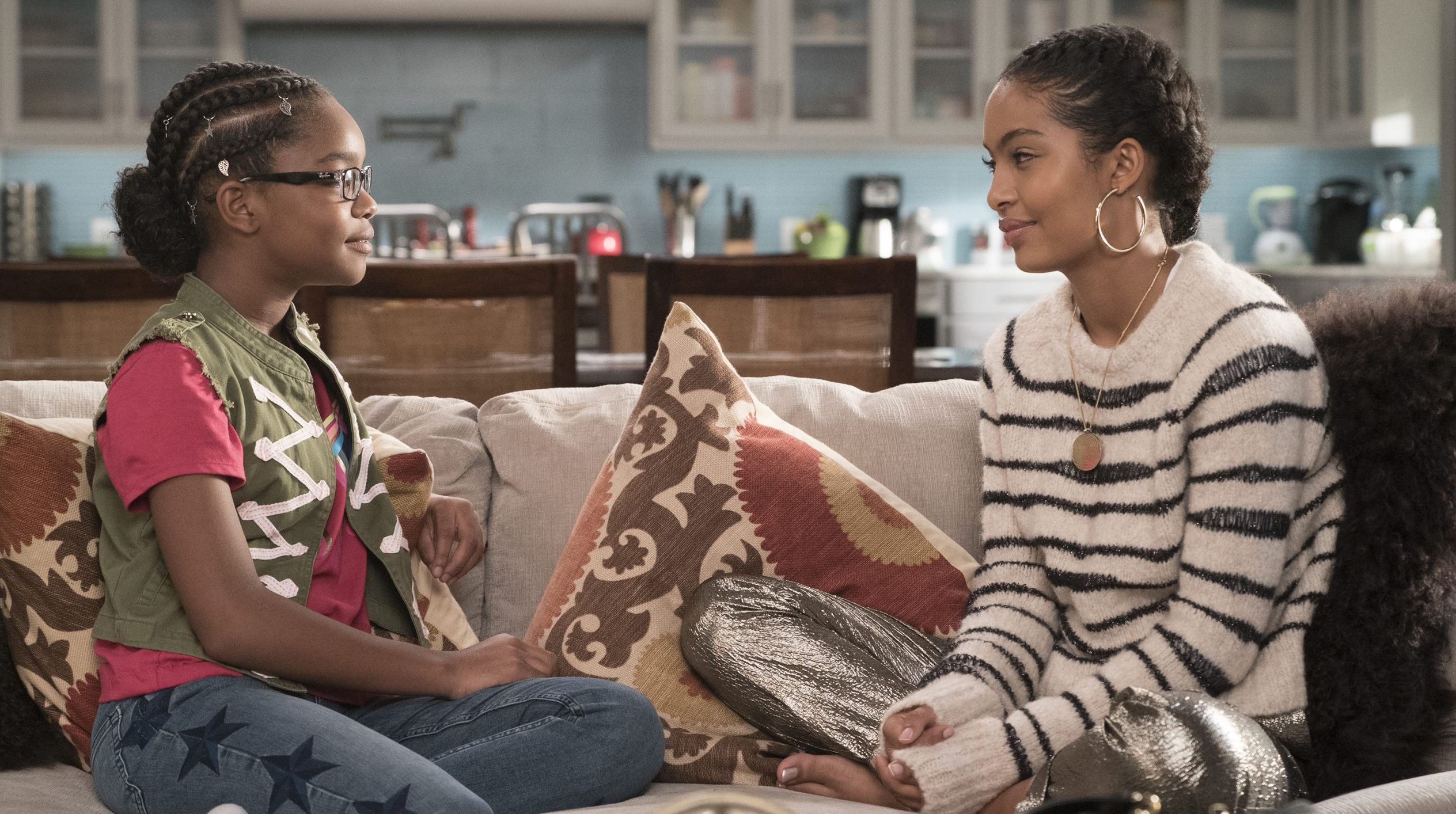 Despite all the fanfare surrounding the ABC series with six successful seasons under its belt, it’s clear Barris wanted to tackle the same subject matter without the constraints of network television holding him down.

The network infamously pulled an episode about Colin Kaepernick and the Take a Knee movement, proving that no matter how high you climb in Hollywood, you’re still subject to the unbreakable rule: Don’t make white folks too uncomfortable.

#blackAF has abandoned that rule and many others, allowing Barris to say what he means, no matter how crass or politically incorrect. It comes off like his retaliation for being bullied into appeasing the masses for too long.

It also feels like a challenge to the Black community he’s finally allowed to address so candidly by widening their definition of Blackness.

Cortney Wills is the entertainment editor at theGrio.