Kenya Barris on facing his fears with Netflix series #blackAF: ‘It was terrifying’

The showrunner debuts his new sitcom on the streamer this week

Kenya Barris has finally unveiled the first project from his monumental move to Netflix, #blackAF.

The series that stars Barris as himself shows what life is like as a Hollywood heavyweight with six children, a reality that has become increasingly challenging amid the coronavirus quarantine.

“Right now I’m locked down with six kids. They’re looking for something to break and I’m trying to create meals that feel like they’re not created by me. Shit is very real,” he says. 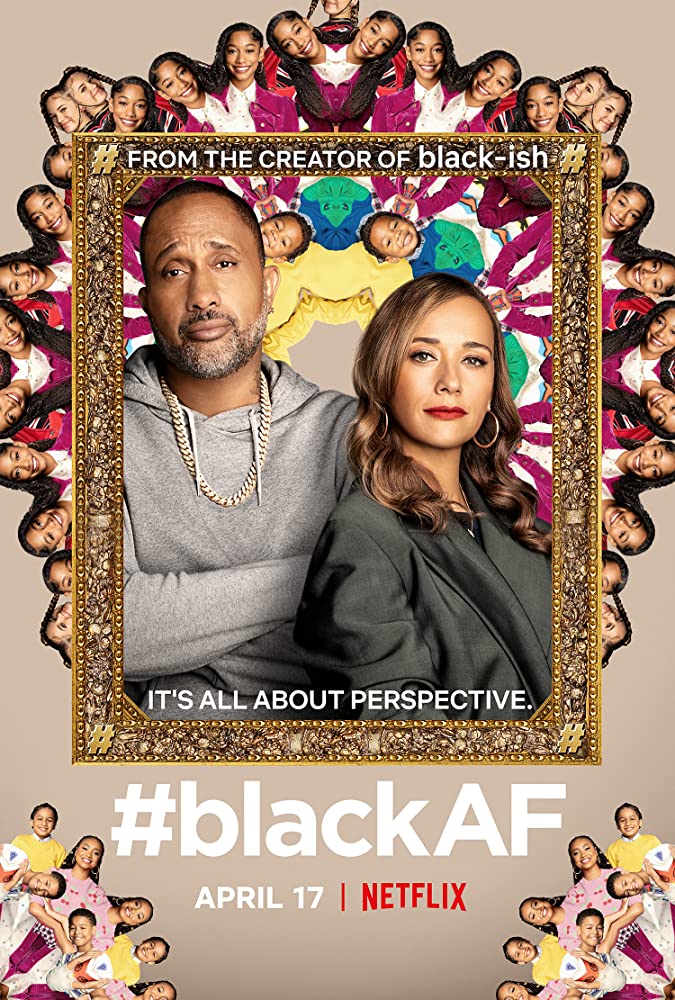 “It’s hard to be productive… I’m looking for an alien ship landing on CNN. That would make sense because everything is so crazy. It would make perfect sense for me right now. It’s pretty crazy,” he continues. “We are doing better in LA than a lot of the country. Hopefully, that continues and we can see some light at the end of this tunnel.”

One through-line of #blackAF is that every episode is tied to slavery, no matter how much of a reach that feels like.

“What does 40 generations of a culture being told they are property, that they are nothing, are less than human look like? Then the harm of Jim Crow? We have been free for far less time in this country than we have been enslaved. I joke about it, but slavery is my north star. I can always draw a line back to how I think slavery in some way affects where we’re at and who we are today.

The filmmaker adds, “It’s not about always trying to send us back to that but, it’s like, how quickly did we lose affirmative action? Do you think that made up for it? I think it’s important that we don’t let it be forgotten. What we have come through and what we are going through is because of that. We haven’t even gotten a check yet. It has never been illegal. It’s not a crime. The idea that slavery and everything that was done to slaves is not a crime is insane.

“As f**ked up as the Holocaust was, and it was a horrible atrocity, there was a face to put to the evil. It allows for some healing. If someone was a slaveowner, there are no legal ramifications for that. There has never even been an official apology from this country. I think the idea of how that still affects us every day is important and something I don’t want to lose sight of.”

One example is the way Kenya’s wife and daughters on the show navigate their own self-image. 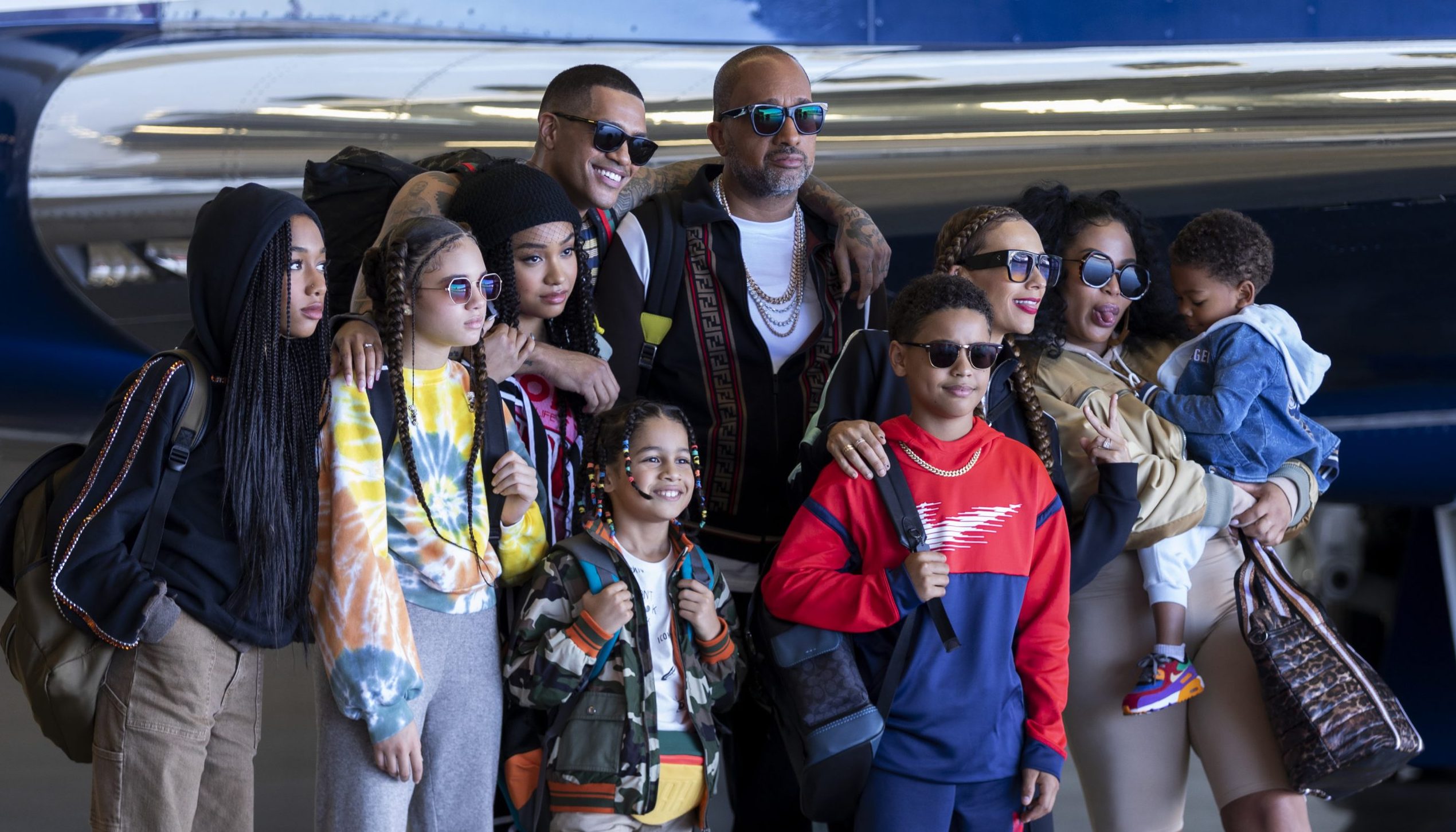 “So many of the conversations around our three daughters were about the treatment of our Black women and the world’s view of Black women. We have this thing of stripper culture being looked at a certain way, but a lot of that has to do with the fact that when women’s liberation was coming about, Black women had to choose being Black and being a woman,” Barris says. “Luckily they chose to be Black because the movement wouldn’t have happened the way it did if women weren’t out there on the front lines.

“Now they’re having a new pop-femininity and a new movement and people have criticisms of that but it’s like, let’s look at the roots of that. I’m really blessed to have a show that I can talk about these things on.”

The other glaring fact is that #blackAF feels a lot like Barris’ hit ABC series black-ish. Both shows are based on its creator’s actual family, but the characters on the new Netflix series aren’t exact replicas of their real-life counterparts.

“I think black-ish was based more of my kids’ mom than this. I wanted her to be more of a radicalized character.”

Rashida Jones co-stars as Barris’ wife, Joya, and she is indeed a radical character and one that’s sure to cause some backlash for the actress.

“She had done black-ish and she was a fan of the show and she’s also really really smart. She’s a historian and she understands the need for these conversations. She really went on the journey with me and went full force,” Barris says of Jones. 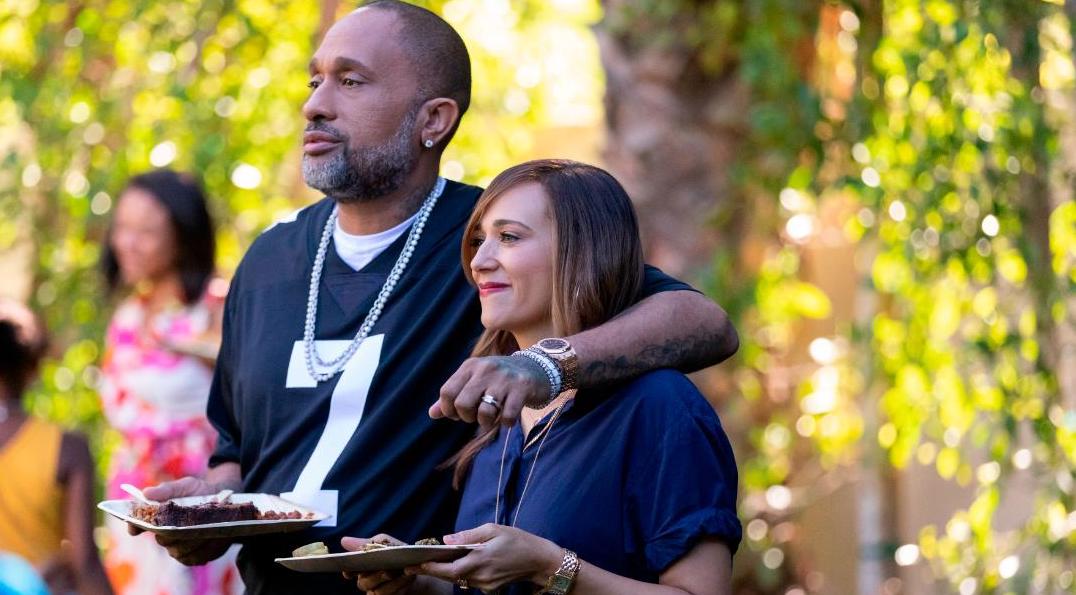 The bi-racial beauty whose parents are Quincy Jones and the late Peggy Lipton hasn’t had too many roles that portray her as a Black woman, and she’s well aware of the fact that lots of people don’t identify her as one.

“She was like, ‘People haven’t seen me play this. I’m not looked at like a Black woman in that aspect. That’s ridiculous. My dad is Quincy Jones. It’s important for people to understand that I understand how I’m perceived but at the same time I know who I am.’ That conversation continued to push us and make us work harder every episode to try to do something that felt funny but also original and specific,” Barris says.

“It’s who she is. If you know her, it’s really the closest to who she really is as a person. The idea she doesn’t feel the need to wear it on her sleeve, I appreciate that. There’s a fearlessness to do this role and know what’s out there and do it the way that she did it, and I so admire her for that. She’s one of my heroes because I feel like it makes me try to be fearless too.”

Barris knows we’ll be comparing this show to his Emmy-winning ABC series, and he’s aware that it often comes off like he was going for a rendition of black-ish After Dark.

“I will say, ‘know your lane.’ How many different times is Robert De Niro gonna say ‘You talkin’ to me?’ I feel like the first time I put pen to paper in a really scary deal where I was at a place I was comfortable with, I really wanted to do something I knew. I also wanted to do something that spoke to the people I wanted to speak to,” he says.

“When you’re dealing with networks, you have to make sure you’re casting a much wider spectrum. This was small niche. I wanted to talk to us, to my mom and to speak to my tribe. What ended up happening is that it became something I hope speaks for a lot of different people, but it is ultimately a really honest homage to my family.”

If you’re wondering what prompted Barris to play himself in the series, a la Curb Your Enthusiasm, we’ve got the answer.

“I spoke to Larry David about it and he pushed for me to do it. He’s the GOAT to me in terms of comedy writing. One of the biggest things for me was that there already was a show on about my family with an actor playing it,” he says. “If we were gonna do this it had to be something different. We had to make conversations and comments that I wouldn’t necessarily be comfortable with putting in an actor’s mouth because it’s not fair to them. If I was gonna take a hit then I’m gonna take the hit myself.

“I was the weak link in this. It was terrifying,” he admits.

“I know I’m not an actor and I don’t want to be. You face your fears and that’s what I tell my kids. ‘Find something you’re afraid of and try it.’”

#blackAF is streaming now on Netflix.