Quarantine and chill with these books during pandemic

In need of a literary escape from coronavirus anxiety? theGrio's got you covered. 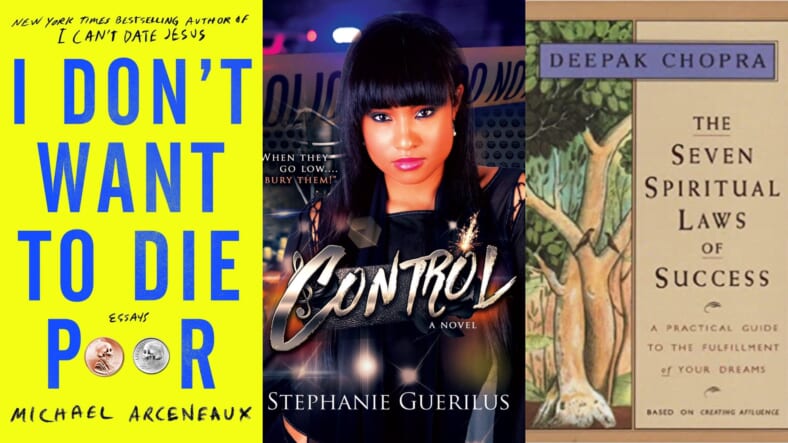 The novel coronavirus has taken and upended lives with many looking for some form of distraction.

The Instagram Live battles, for example (especially the epic one between Babyface and Teddy Riley), have been the entertainment relief we need at a time like this. Binging on various shows has also helped. Reading is another way to quarantine and chill while we shelter in place.

theGrio has selected the following books to add to your pandemic reading list if they aren’t already on there.

“The Autobiography of Malcolm X” as told to Alex Haley

One of the formative books focused on the civil rights icon that tells the story of how Malcolm Little transformed into the political and revolutionary force that is long remembered. It was originally published in 1964 but the words and lessons of the minister still resound to this day: Just who told us to hate our noses and the Black woman does indeed remain the most disrespected person in America. He warned us not to let the eyes of the world influence how we see ourselves and reminded us that evolving is a daily necessity.

“All Boys Aren’t Blue: A Memoir-Manifesto” by George M. Johnson

There’s much truth and power in being seen as one’s authentic self. Journalist and LGBTQIA+ activist, George M. Johnson, has been visible in his commitment to sharing the various parts of his life and will do so in this upcoming book. Its title is a nod to deconstructing the trope that all boys like the color blue. The book sheds light on his childhood, adolescence, and college years in New Jersey and Virginia; examining the trials and triumphs faced by Black queer boys.

It is a coming of age story by one of the editors’ of theGrio, bringing #MeToo to the cutthroat music industry through the eyes of a teenager. The primal instinct to survive clashes under control and what it means when you are a young woman of color who the world doesn’t instinctually think to protect.

“Powershift: Transform Any Situation, Close Any Deal, and Achieve Any Outcome” by Daymond John 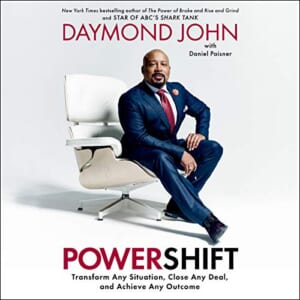 The FUBU founder has never been one to be placed in any one box. Daymond had been working from a young age as he helped his mother co-manage her finances in his youth. There can be a shift in any situation through influence, negotiation, and relationships that can help you seize your destiny, the Shark Tank star says. It’s never too late to change the direction of your life.

“I Don’t Want to Die, Poor: Essays” by Michael Arceneaux

The cultural writer offers a series of essays on the financial and emotional cost of going after your dreams. It’s a timely book during the pandemic as many are facing unexpected hardships they didn’t prepare for such as massive layoffs, rent strikes, and businesses closing, leaving many with more financial burdens. He’s been there and is now coming through on the other side.

“The Audacity of Hope: Thoughts on Reclaiming the American Dream” by Barack Obama

Long before he became the 44th president of the United States, Barack Obama had a guiding vision for what he saw for the nation. He wanted unity that went across all political stripes, creed, and nationality. It’s a perspective even starker in the current polarizing climate.

Heavy is an appropriate title as the themes in the book — abuse, obesity, and family relationships — are central themes. Just one of these traumas can inflict pain on the nervous system but he had to endure it all in his environment. It’s written to his mother who wanted him to be excellent and who would beat him when he wasn’t. He wanted to lie about his experiences but instead, this is a radical, raw, and real recollection.

Hair is personal and political all at once, especially for Black girls and women. It starts at such a young age but this is an enjoyable read for those with children. There’s no judgment about hairstyles as the picture book highlights the nighttime hair routines of Black little girls.

50 Cent isn’t for everyone but he’s a presence in many industries from music, business to television through sheer force of will. The upcoming book by the rapper goes into further detail about his rise to the top of the charts and reinventing himself as a successful mogul. He’s not all about being petty. The hip-hop mogul talks purpose behind some of his major moves.

“More Myself: A Journey” by Alicia Keys

Alicia Keys has been in the public eye since she was a little kid, getting her start on The Cosby Show. In the early 2000s, she became a staple in music. Still, there’s so much that we don’t know about her. The singer opens up like never before in the memoir, sharing how she struggled with censoring herself before finding the courage to express her true self.

“The Seven Spiritual Laws of Success” by Deepak Chopra

This moment in time has many people thinking about the need to be more productive and create the next big thing with all the extra free time. Since the 1994 publication of this book, it’s been a blueprint of sorts for those who want to embody the essence of these powerful principles of discovering one’s essential nature, giving and karma that can easily be applied to create success in all areas of life.

“It’s Not All Downhill from Here” by Terry McMillan

“It’s Not All Downhill From Here” (Credit: Random House)

Life doesn’t end after 40 and McMillian has been letting us know that for years. This is another welcome reminder as the author is back with a book about a group of friends in their 60’s whose lives have been marked by death, sickness, and children but there’s still more living to do. Being a boomer isn’t such a bad thing and a life well lived is something to be proud of.

This is the unique perspective of a woman who saw life through the prism of a Black little girl finding her way through life, ultimately becoming the first African-American woman to serve the country as first lady. She juggled motherhood, career, and marriage, all while defining who she is as a woman.

“The Hate U Give” by Angie Thomas

“The Hate U Give” (Credit: HarperCollins)

The breakout novel turned movie had teenager Starr Carter navigating a world of riches and the poor neighborhood she comes from. They collide after her unarmed friend, Khalil, is shot and killed by the police. He’s called a thug, drug dealer and smeared in death and she has to decide what truth is to be told. It’s fiction and very real all at once.

Cross has become a familiar face across the television dial as she speaks to the particular concerns, needs, and demands of the Black community, especially for Black women who are the choice makers in the Democratic Party. It’s an election year and Black voters are being courted once again, even though their support is often taken for granted and political forces attempt to suppress their votes. This promises to be a blueprint on how to harness the power of this constituency.