‘In Living Color,’ 30 years later, endures for the culture

Since hitting the scene in 1990, the comedy sketch show created by Keenan Ivory Wayans forever changed the landscape of television

Anything you want to know about the show In Living Color can be found right in the title. In Living Color: an indication of the abundant, kinetic power of Black life.

Comedy is a unique language, and this show spoke it through the dialect of Black-born wit, irreverence and grace.

This month marks the 30th anniversary of the premiere of the Emmy-winning sketch comedy series. The brainchild of director/writer/comedian Keenen Ivory Wayans, the show immediately exploded. For five seasons, In Living Color stood out from every comedy show before it and has without a doubt influenced every comedy show since.

READ MORE: Kim Wayans admits letting her brothers tell her who she was in her 20’s 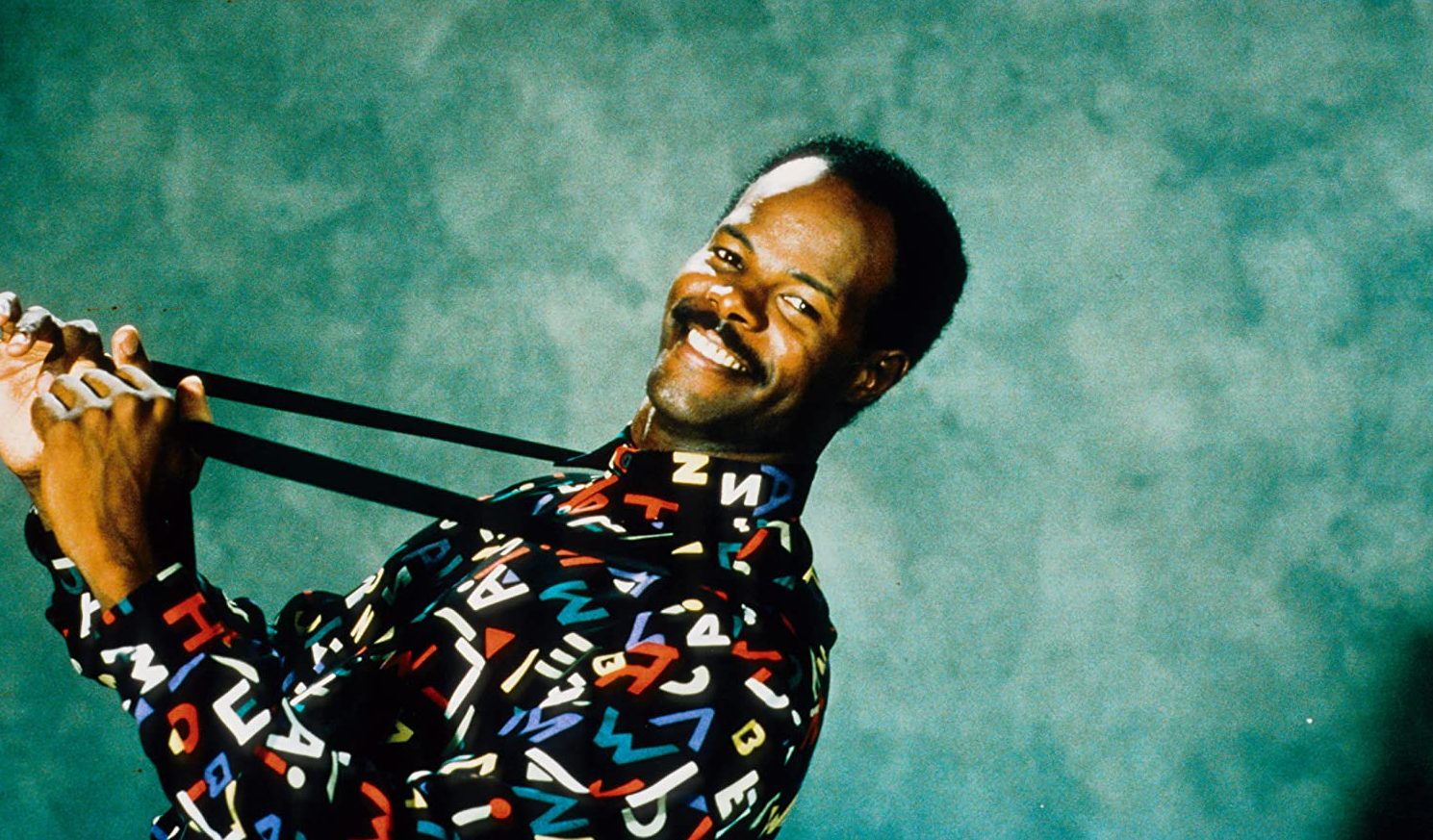 In 1988, Wayans was approached by executives of the then brand new Fox Network looking for edgy shows that would make it stand out among its competitors. After seeing Wayans’ I’m Gonna Git You Sucka, they felt he was up to the task and gave him total control — and he took full advantage.

The backbone of the show’s success was its cast. Previously unknown forces of nature such as Jim Carrey, Kim Coles, Tommy Davison, David Alan Grier, Jamie Foxx and the talented well-spring of Wayans siblings (Damon, Kim, Shawn, and Marlon) exhibited on-set chemistry that can only be explained by extrasensory perception.

Right from the jump, each cast member’s iconic pre-show intro illustrated vibrant art in a chaotic, exuberant way that was savvy enough to praise their individuality as well as imply a collective unity. You didn’t know what to expect, but you knew that’s why you tuned in every Sunday.

Characters like Tom & Tom, the Brothers Brothers hilariously examined the difference between the woke and the un-woke. Homey D. Clown was an ironic look at the Black man who viscerally, and sometimes violently, defended his self-respect. The ‘Hey Mon’ sketches were middle America’s exaggerated introduction to West Indian families who have to work multi-jobs to live in America.

The show was more than just a sketch comedy. It created culture just as effortlessly as it commented on it. It was the offspring of ‘The Richard Pryor Show,’ ‘Soul Train’ and ‘Mr. Magic’s Rap Attack.’ It was a platform for hip-hop, it challenged social taboos and showed what fearless television could be.

Today, In Living Color‘s influence is still strong, evident from its former cast becoming box office phenomenons, winning Grammy, Academy and Tony Awards, or when Bruno Mars and Cardi B paid homage to the show’s intro in the music video for their hit song “Finesse.”

Here are five ways that In Living Color made a difference in show business:

Seeing Black people on television has always sparked pride for Black audiences. Being able to see someone that looks just like you has been an important source of inspiration from The Nat King Cole Show right on down to The Cosby Show. But oftentimes, it’s non-Blacks who pull the strings behind the scenes, whether it’s Norman Lear writing for Good Times, or Kelsey Grammar producing The Game.

What Keenen was able to do was take from the book of TV producers Ellis Haizlip (PBS’ ‘Soul!’), Don Cornelius (‘Soul Train’) and Gil Noble (PBS’ ‘Like It Is’), who used the full control of their shows to uplift and address their community. For Wayans to do it in a comedic space with a cast comprised primarily of people of color was revolutionary.

Controlling the narrative of your own people’s stories is rare, and Keenan Ivory Wayans achieved just that. A Black producer, with Black writers making stories told by Black actors. He is responsible for today’s crop of unapologetic Black TV creatives like Donald Glover, Issa Rae and Terrance Nance.

LGBTQ’s transition from tolerance to acceptance

It’s amazing how much one sketch has helped assimilate the LGBTQ community in pop culture. ‘Men on Film,’ the popular reoccurring sketch of two gay men reviewing movies on public access TV walked a razor-sharp line between funny and offensive.

Sure, Damon Wayans and David Alan Grier played wildly on the effeminate stereotypes of the gay Black man, but it was done so confidently, and their characters were utterly unapologetic about their identity. It became less about their sexual preference and more about their chemistry and hilarious commentary.

They were able to sneak in slang like, ‘don’t make me read you,’ to a national audience that had no idea what that meant, but somehow got them to understand, and got the whole country saying ‘hated it,’ and doing ‘two snaps up.’

The door for acceptance for LGBTQ culture in mainstream media had opened and was never to be closed. Shows like Ru Paul’s Drag Race and Queer Eye for the Straight Guy owe a debt to Blaine Edwards and Antoine Merriweather.

By the end of the 1980s, rap was well in the midst of a golden era of creativity, but a show like In Living Color sprung the music and culture of hip-hop on its path to the crest of American influence and popularity.

Just a year prior to In Living Color‘s premiere, hip-hop had boycotted the Grammy’s. Rappers had Yo! MTV Raps in the afternoons, but if you wanted to see them perform live, you’d be lucky to catch them on late-night talk shows.

In Living Color put hip-hop in prime time living rooms every Sunday night thanks to an infectious theme song from Heavy D & The Boyz and the dancing of the Fly Girls. By season two, the show became a showcase for rappers to perform new music.

Queen Latifah, MC Lyte, Gang Starr, A Tribe Called Quest all are among the many who got to unleash their versatile brand of rap that inspired a nation. Without ‘In Living Color,’ the assimilation of hip-hop into the mainstream may have taken much longer.

All comedy shows before 1990 followed the template of a live studio audience with a host and a band, from Saturday Night Live to The Arsenio Hall Show. But for In Living Color, the DJ was the band.

DJ SW-1, Shawn Wayans, and later DJ Twist, was such a staple to both the show intro and the Fly Girls’ dance interstitials, they eventually began contributing in sketches. It was such a different look and feel for the viewing audience. They captured a glimpse of the energy of hip-hop clubs and park jams that fit the contemporary aesthetic of the show’s cast and content.

Today, the Super Bowl is hefty performance real estate for an artist. And believe it or not, In Living Color is a significant reason why.

Before 1992, the halftime entertainment of the Super Bowl was conservative, inoffensive content meant for the entire family, and was often not compelling. Past performers included college marching bands and nostalgic tributes with acts like Chubby Checker.

For Super Bowl 26, Fox produced a live edition of In Living Color as an alternative to that year’s halftime show, which was a salute to the forthcoming 1992 Winter Olympics, featuring Gloria Estefan and figure skater Dorthy Hamill.

Reoccurring sketches like ‘Men on Football,’ Fire Marshall Bill,’ ‘Homeboy Shopping Network’ and a performance from R&B group Color Me Badd garnered 22 million viewers. This promoted the NFL to rethink its strategy. So, who performed at 1993’s Super Bowl 27 Halftime? Michael Jackson.

Since then, the halftime show has featured superstars like Prince, Beyoncé, Bruno Mars, and Janet Jackson. In 2020, things came full circle when Super Bowl 54’s halftime featured Jennifer Lopez, who got her start dancing as a Fly Girl on In Living Color.