OPINION: The Ryan Murphy series boldly spins a Tinseltown tale — complete with suspense, joy, and despair — into a realistic call to action.

The revisionist history genre has gotten a bad rap over the years. Anytime someone like Quentin Tarantino (Once Upon a Time…in Hollywood, Django Unchained, AND Inglorious Basterds) or Peter Farrelly (yes, Green Book counts as high-key revisionism) attempt to reimagine a sordid event from an earlier era, folks have a lot of thoughts about it — many that are not positive.

So, when it was announced that Ryan Murphy, who like the aforementioned storytellers is white and male, would turn the clocks back to the “Golden Age of Hollywood” to include a Black woman winning a Best Actress Oscar and an equally awarded openly gay Black screenwriter, it’s understandable that people were a little wary.

But Hollywood does what many other reimaginings don’t — employ other voices to help tell a story that is both a thoughtful work of fiction and inclusive. It means recruiting Janet Mock, a Black trans female storyteller with whom Murphy previously collaborated on Pose, to executive produce, write, and direct episodes that more realistically reflect what it would have actually been like for a Black woman navigating Hollywood post-WWII. 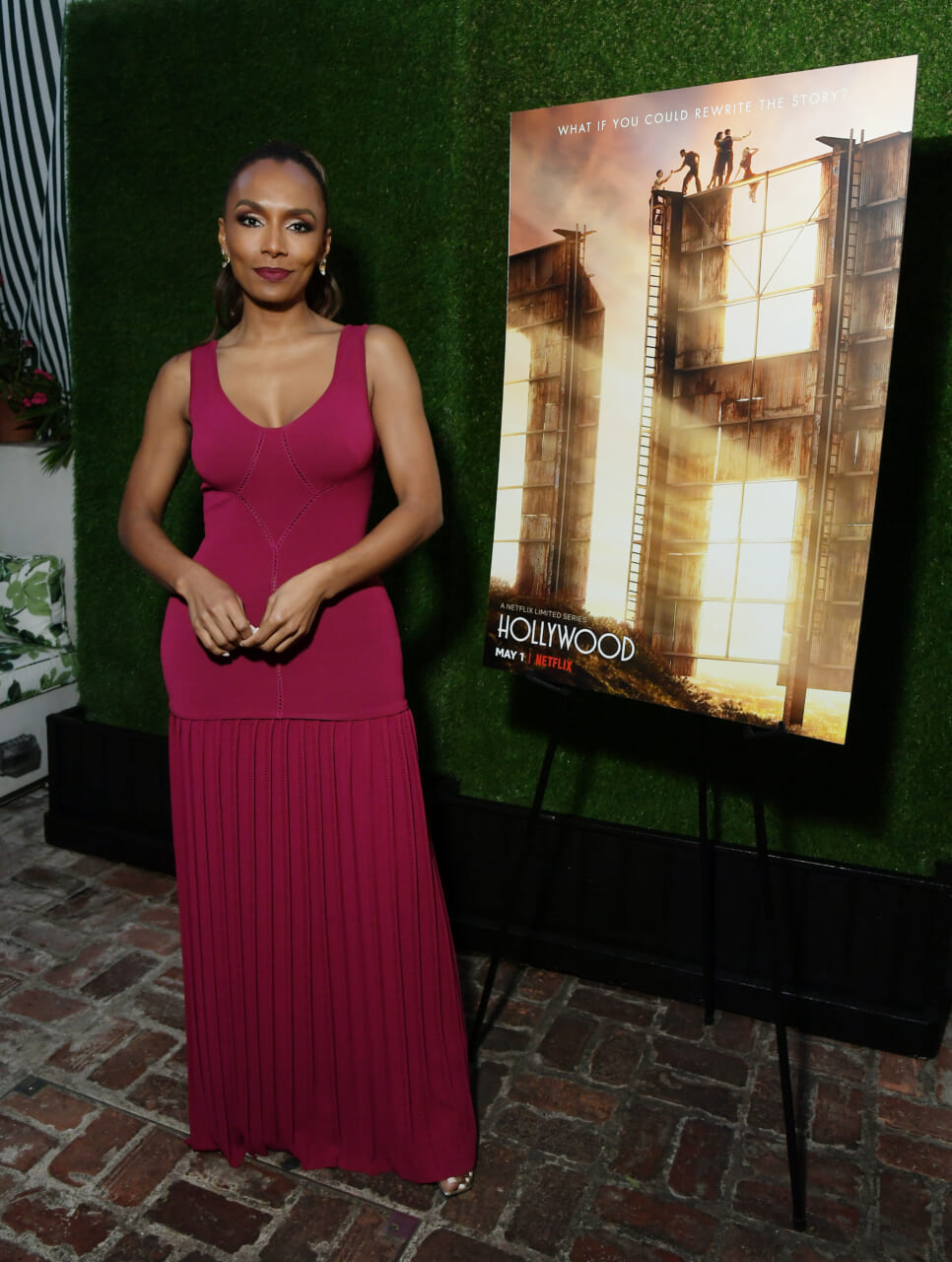 Taking the audience back to the 1940s, the duo — along with co-creator Ian Brennan and a dedicated cast and crew who revive the fashion, landscape, and vernacular of old school L.A. — rewrite the history of Hollywood through the lens of figures whose true stories were shamed, disregarded, or marginalized.

Enter Camille (Laura Harrier), a Black actress and stand-in for women like Dorothy Dandridge and Hilda Simms whose race precluded them from achieving the acclaim they deserved. Camille is destined to play a domestic worker for the rest of her career, regularly internalizing casual racism from filmmakers and fellow cast members while her white female counterparts thrive as leading ladies. 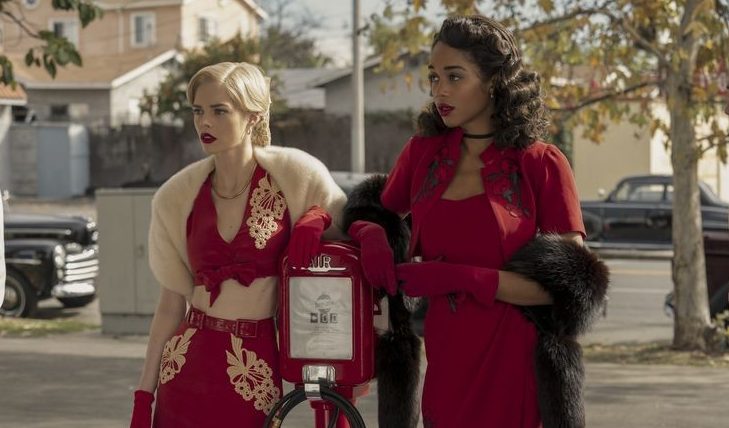 That is until Archie (Jeremy Pope), a Black gay screenwriter, enters Tinseltown with a promising script that attracts Camille’s boyfriend, Raymond (Darren Criss), a half Filipino director passing as white for work.

This unlikely trio, all living double lives (Camille is continually forced to suppress her talents while Archie turns tricks on the low to make ends meet), becomes the impetus for a major shift in Hollywood when they band together to get Meg, an interracial romance drama starring Camille, greenlit.

Subverting the tragic reality of Black actresses today and yesteryear that never got their due, Hollywood shows the underwritten history of how they use the little agency they have to buck the system — and actually win.

But it doesn’t do so without also showing the resistance to such power moves by people who are expected to just submit to Hollywood’s racist system. For instance, Avis (the great Patti LuPone), a white Jewish female studio head, initially dismisses the thought of a Black lead and screenwriter.

Fiery bricks are thrown through Camille, Raymond, Archie, and Avis’ windows days before the film’s release. There are also myriad threats across the southern states to boycott the film. And though Camille advocates for herself among Raymond and Archie, it is the two men, even the latter asserting the little power he has an openly gay man navigating a homophobic system, that are allowed into the boardrooms to negotiate. 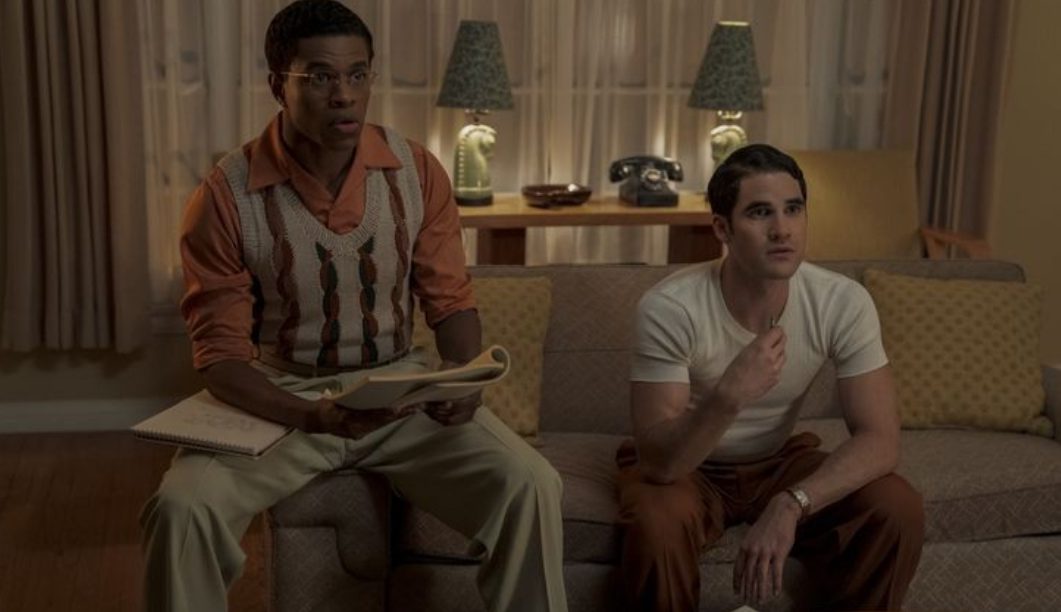 Still, Hollywood centers Black women voices and underscores that they were as much a part of the fight in their own ways as their allies, contrary to some claims — most notably by the NAACP — that Black entertainers like Hattie McDaniel perpetuate racist Hollywood stereotypes in one “Mammy” role after the next.

Through Queen Latifah’s humanizing portrayal of the Oscar winner in a few crucial scenes in the series (including two with Camille), we see her as she actually was: ambitious, shrewd, decked in the most gorgeous clothes and sipping a martini.

The same can be said about Anna May Wong (Michelle Krusiec), the first Chinese American Hollywood star who was also reduced to playing stereotypical roles like a sexpot or an angry villain who was asked to play up her Asianness to comply with Hollywood’s racist image. The series shows her frustrations, her undeniable excellence, and ultimately the victory she was never afforded in real life — an Oscar. 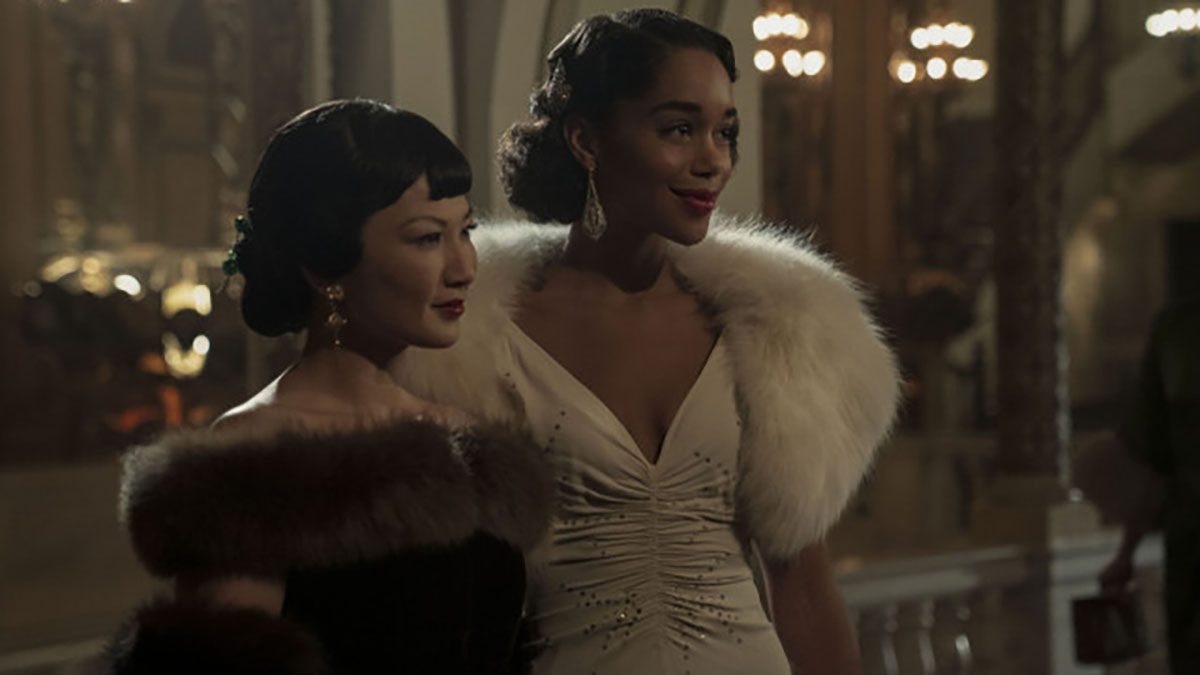 Hollywood treads a thin line between fact and its own fictionalized narrative, resulting in a heartbreaking account of what was mixed with what could have been had the business of pretending not also continued off camera. Here, a timid Rock Hudson (Jake Picking), the Hollywood megastar who was deeply closeted in real life, gains a love story with Archie, whose romance is fraught with opposition, yet ultimately prevails when he proudly embraces who he is on the Oscars red carpet.

The inner turmoil of cherished stars is certainly a tale as old as the Hollywood sign itself, but in the eponymous series we get to reimagine a different ending for them; one that is not without adversity and hatred but ultimately clears a path toward opportunity.

READ MORE: Streaming films eligible for Oscars, but for 1 year only

But as with any story that touts diversity across gender, age, sexual identity, and race so prominently, it draws your attention to some of the representation that doesn’t receive this same treatment. Hollywood somehow omits Latinx representation, which should have included people like Lupe Vélez and Anthony Quinn who also helped pave the way for actors like Salma Hayek and Gael Garcia Bernal today.

It’s a flaw in an otherwise inspired series that, at the very least, paints a picture of what the still broken system of Hollywood can look like today if it wasn’t guided by its own prejudice.

Propelled by the question of “Can this really happen?” Hollywood boldly and determinedly spins a Tinseltown tale — complete with suspense, joy, and despair — into a realistic call to action. And it does so on the strength of voices of who have also been marginalized to help authenticate its story; people like Mock, Murphy (who’s openly gay), Pope (who’s bisexual), Harrier, Krusiec, and many more.

For that, it deserves its props.