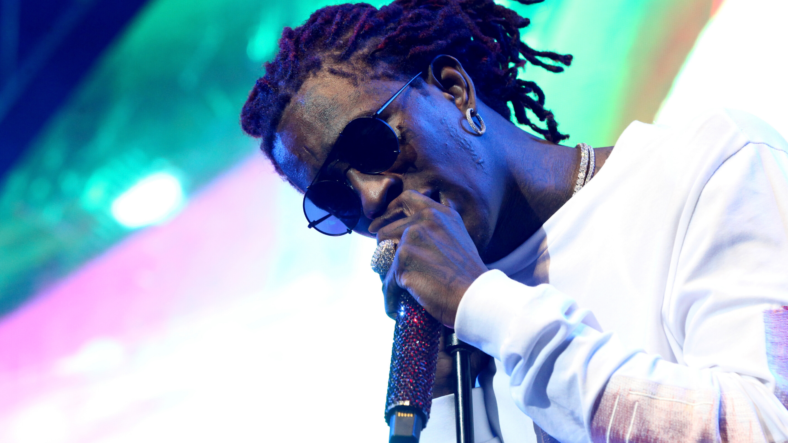 Celebrities often keep their health issues secretive for understandable personal reasons. However, every now-and-again some public figures highlight their ups-and-downs as examples for fans.

This weekend, Young Thug decided to open up about his struggles with kidney and liver failure as a result of drug use.

During an online event, the Atlanta rapper revealed his near-death experience. According to Complex,  a virtual live stream, Offset and Friends, featured a mini-concert from Thugger as well as Rich The Kid and SAINt JHN and raised funds for the Atlanta Community Food Bank.

“So, I kind of just stayed in the bed and I was like, ‘Yo call the ambulance. I can’t move my body.’ Then later, when the ambulance came, I couldn’t get out of the bed,” Young Thug remembers, according to Complex.

The Hot artist used the experience to lead into a song referencing his own death. He exclaimed “drugs aren’t good, don’t do drugs” after performing “Killed Before,” from the collaborative mixtape Super Slimey with fellow Atlanta rapper Future.

Young Thug details the time he almost passed away from liver and kidney failure ? pic.twitter.com/2lxr76wzXU

As for Young Thug, his use of lean is no secret. Lean, an addictive codeine-based drug is typically consumed in liquid form. He frequently raps and sings about his use of the substance.