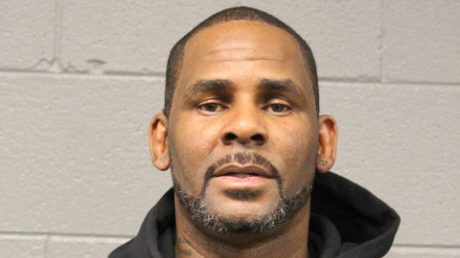 R. Kelly has twice requested a release from jail to no avail and he is now making a third attempt, citing medical concerns.

Legal representation for the disgraced singer is fighting again for his release from a Chicago lockup until his tentative trial later this year after medical tests in March showed that he is “likely diabetic,” as reported by TMZ. Kelly faces multiple federal charges of sex crimes.

A lawyer for the “Bump and Grind” hitmaker in a court document accused the Bureau of Prison of failing to disclose information of the medical information. It was also said that Kelly suffers from high cholesterol and high blood pressure.

Kelly’s lawyer claims that he should be released because he is vulnerable to COVID-19, the fast-spreading virus that has infected more than 1 million people and killed tens of thousands in the United States.

Kelly is currently awaiting trial in Chicago’s Metropolitan Correctional Center. After the coronavirus pandemic hit America, he asked a judge for bail in April in fear of contracting the virus. U.S District Judge Ann Donnelly denied the request on April 7, concluding that she had “no compelling reasons” to release Kelly and that he was still a flight risk, USA Today reported.

A second attempt to be released was filed and denied by the same judge on April 21, this time stating that Kelly could potentially “intimidate prospective witnesses.”

The third request addressed this issue, stating that Kelly received a visit from an unnamed girlfriend, who’s listed as one of his victims, and has made no attempt to intimidate her.

Despite growing numbers of convicts testing positive for coronavirus in America, Judge Donnelly said that MCC in Chicago has no confirmed cases of COVID-19.

Kelly’s trial is set to begin in October. The crooner, who has been in detention since July, faces 18 federal counts in multiple jurisdictions, including Illinois and New York. Those counts include sexual assault, child pornography, kidnapping, forced labor, racketeering, and obstruction of justice.

He faces a maximum of 30 years if convicted in Illinois and 25 in New York.