The followup to the 1996 hit movie 'Space Jam,' which stars Michael Jordan, is expected to be released in 2021 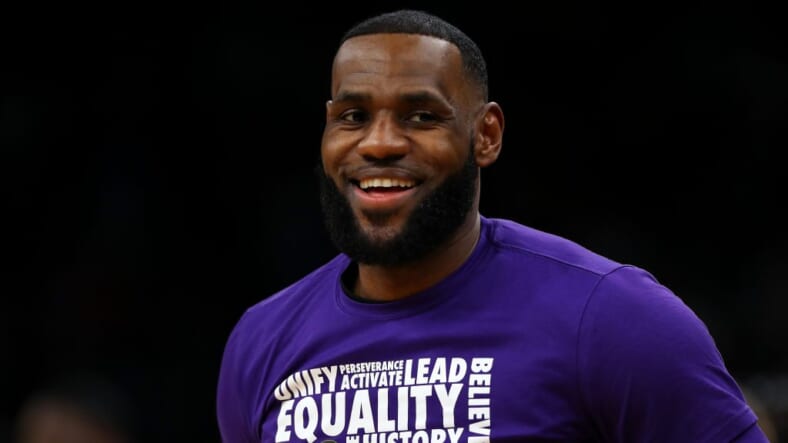 It’s long been known that NBA superstar LeBron James will be the face of a forthcoming
Space Jam sequel, but little else has been revealed.

The Los Angeles Lakers star took to Instagram Thursday to unveil the official name of the film: Space Jam: A New Legacy.

James made a boomerang post of himself wearing a cap embroidered with the title.

It was then re-posted by the film’s official Twitter page later on that day.

The year 2021 was written in the caption, but an official release date has yet to be confirmed for the basketball movie that straddles fiction and reality.

Space Jam: A New Legacy will mark James’ time as the lead actor in a major motion picture. It’s the follow-up to the 1996 film Space Jam starring Michael Jordan, who teamed up with animated Looney Tunes characters to take on the Monstars, a team of aliens who harvested basketball talents from other NBA stars, in a game of basketball.

The original, which grossed $230 million at the box office, also featured Boston Celtics legend Larry Bird, former Philadelphia 76er Charles Barkley and Patrick Ewing, who played most of his professional career with the New York Knicks. It is assumed that current NBA stars will also join James for the sequel, however, no one has been announced as of yet.

READ MORE: Michael Jordan once turned down $100M deal because he’d have to appear at a two-hour event

James made his first appearance on the big screen as himself in the 2015 rom-com Train Wreck, which starred with Amy Schumer and Bill Hader.

James, who is the face of the NBA, has also been busy behind the scenes in video production. He is the executive producer of two shows on Showtime, including celebrity interview series The Shop and documentary ‘Shut Up & Dribble,’ which speaks to the link between sports and political activism.