The United Auto Workers union on Tuesday appeared to be onboard. 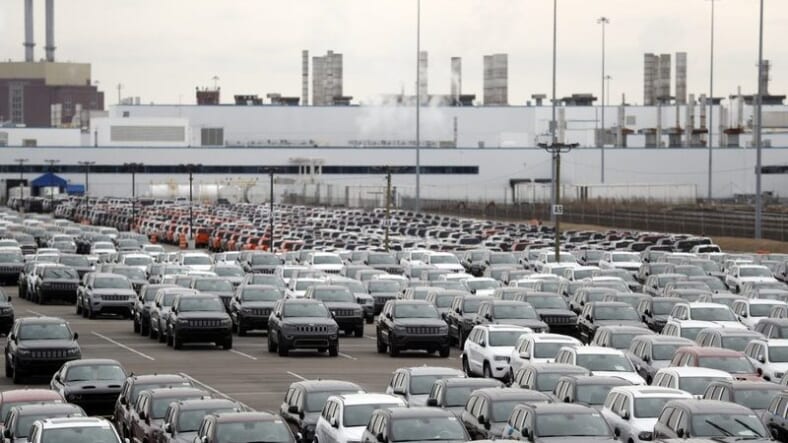 DETROIT (AP) — Major U.S. automakers are planning to reopen North American factories within two weeks, potentially putting thousands of workers back on the assembly line as part of a gradual return to normality.

Fiat Chrysler CEO Mike Manley said Tuesday his company plans to start reopening factories May 18 depending on easing of government restrictions. Detroit automakers will likely be on the same timetable because their workers are represented by the same union.

The United Auto Workers union on Tuesday appeared to be onboard.

Detroit automakers employ about 150,000 factory workers in the United States alone. Auto plants have been shut since mid-March because of the outbreak. At least 25 employees at auto facilities represented by the UAW have died as a result of COVID-19, although it’s not known if they were infected at work.

Manley said a lot depends on whether Michigan Gov. Gretchen Whitmer allows factories to reopen. Michigan’s shelter-at-home order remains in effect until May 15.

Last week, Whitmer hinted that auto plants may soon reopen as the curve of cases continues to flatten. She said the reopening could take place as long as the UAW can ensure employees feel safe.

Whitmer faces pressure from the White House to relax restrictions as well.

Auto manufacturing is a major economic driver in Michigan, of course, and the state is facing a crippling cutoff in revenue with the plants closed.