The supermodel sparked outrage over a 2006 clip that showed her criticizing a former contestant for her gap teeth. 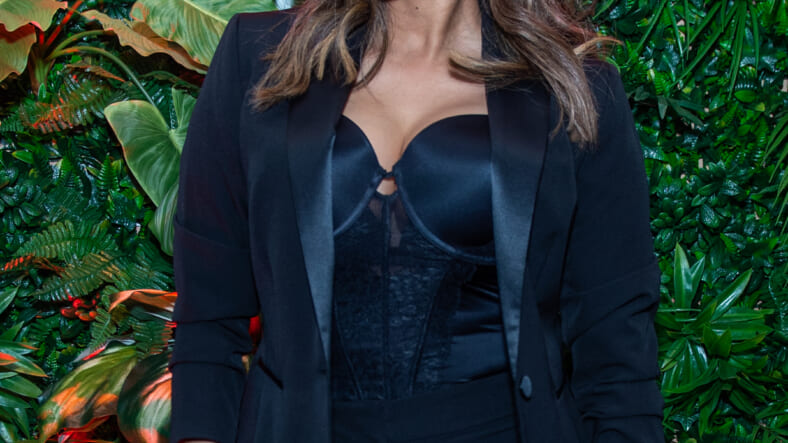 The 46-year-old star, who became one of the industry’s top supermodels in the ’90s, was called out for her past behavior on the competition show, which she created in 2003.

In one 2006 clip, Banks is heard telling contestant Danielle “Dani” Evans that she needs to close the gap in between her teeth to progress in the modeling industry. Evans, 34, went on to win season six of ANTM.

“So Danielle, you went to the dentist but you refused to have your gap closed,” Banks says in the video. “Do you really think you can have a CoverGirl contract with a gap in your mouth? …It’s not marketable.”

“Why was this allowed to air wtf Tyra banks is going to straight hell,” user Aisha Oladapo captioned the throwback clip, which garnered over 2.5 million views on Twitter.

Why was this allowed to air wtf Tyra banks is going to straight hell pic.twitter.com/xtiWl3srKJ

Another Twitter user shared a clip from a 2018 Fashionista interview with model Slick Woods, who proudly sports a gap in between her teeth. In the story, Woods denounces Banks’ actions on the reality TV show, sharing that the incident convinced her that modeling wasn’t for her.

“When it comes to modeling, I’m really around so that I can ensure a spot for a girl that actually does dream of this, and she might just be four years old right now,” Woods revealed at the time. “I just remember watching ‘America’s Next Top Model,’ and there was this girl that Tyra convinced that her gap was ugly, and she needed to remove it. She didn’t give her braces or Invisalign. She f**king removed every single one of her top row of teeth and put them closer together. Imagine being a kid watching that. I was like, modeling is the last thing I ever want to do. I was showing my grandma like, ‘Look what they’re doing out here to girls!'”

This is what Slick Woods had to say about Tyra Banks recently ? we can’t discredit everything Tyra did but… pic.twitter.com/yEp8YsFBTo

“Some tyra moments: – keenyah was putting on weight during the season, so she made keenyah an elephant (after making her ‘gluttony’),” he captioned the photo series. “She put brittany in blackface for a shoot – seasons later put jennifer and the short girl cast in black/brownface – yaya vs. the hat.”

– keenyah was putting on weight during the season, so she made keenyah an elephant (after making her "gluttony"
– she put brittany in blackface for a shoot
– seasons later put jennifer and the short girl cast in black/brownface
– yaya vs. the hat pic.twitter.com/i4XDxg3SsP

Karen Attiah, global opinions editor for the Washington Post, reflected on colorism within the beauty industry in her critique of Banks on Twitter.

“In the 90’s and 00’s, commercial America loved light-skinned, light-eyed Tyra,” she wrote about the supermodel. “She had Covergirl contract. The Sports Illustrated cover. Victoria’s Secret Angel. Her own TV shows. Meanwhile, dark-skinned Naomi [Campbell] never had a major beauty contract until her 2018 NARS campaign.”

Attiah continued, “As someone who used to idolize Tyra (I used to carry her book on beauty around as a kid), watching the ANTM clips now makes me wonder about the misogynoir poison we all absorbed as a result of how dark-skinned black women were treated on that show.”