Tyra Banks opens up about emotionally abusive relationship with ex-boyfriend 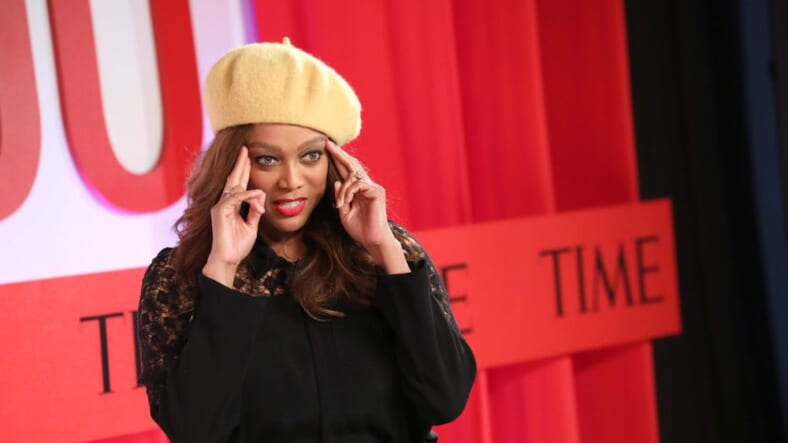 Supermodel Tyra Banks may have mastered sashaying down the runway, but she admits she hit a snag when it came to relationships.

Banks, an accomplished model, talk show hostess and mom, opened up on the upcoming TV One’s Uncensored episode about the tumultuous emotional abuse she experienced with an ex she was in a relationship with. Banks admits that it was hard to let him go.

. “I remember being kind of judgmental for women that were in bad relationships. I’m like ‘Come on, just get out!’ Like ‘What are you doing?’ I don’t get it. Until I experienced it myself,” she admits.

Yet Banks said she broke up and made up with her beau at least 15 times.

I was in a relationship for many years and we probably broke up 14, 15 times. There were things that he said, or made me feel like I couldn’t leave or if I left I had to go back.

“He told me that that is what he does. That he knows how to break a woman down.”

Banks said it took so many different friends and family members to convince her to ditch the abusive dude.

The supermodel mogul recalled when the New York Times did a cover story comparing her to Oprah, which should have a been a happy time, but said “It was like, height of success, height of unhappiness,” she admits.

She thanks her attorney for having a heart-to-heart and convinced her not to give up America’s Next Top Model, her “baby” she built and turned into a successful franchise, because she was overwhelmed.

Tyra has been spilling all the tea. Earlier this year, she dished about how fellow supermodel Naomi Campbell was a straight-up “mean girl” to her in the early 90s and did everything in her power to ruin her career early on.

Peep her videos about the abuse she experienced below. The episode is set to air Sunday at 9 p.m. ET.

Tyra on Being Overwhelmed

Tyra on a Hair Nightmare with Victoria Secret