'I would rather people support each other than say too bad, this happens to us too,' Yee says about discriminatory practices in the U.S. amid the pandemic. 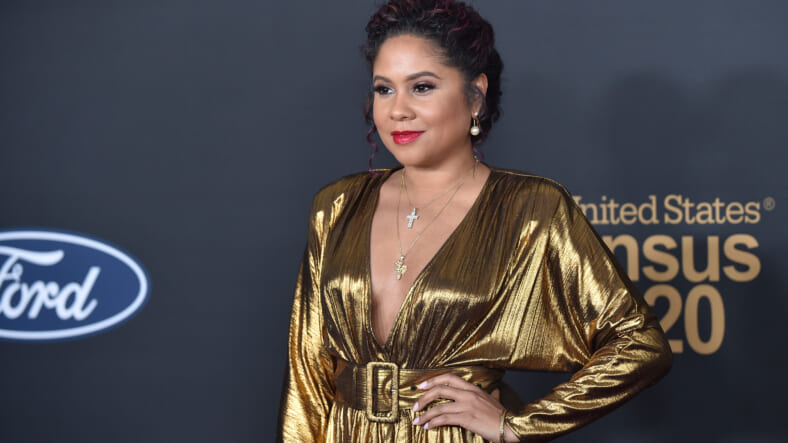 This week on Dear Culture’s sixth episode, “One Crisis, Two Americas,” co-hosts Natasha S. Alford and Gerren Keith Gaynor probe into the question of what we, as a nation, should prioritize during the COVID-19 pandemic. As the number of nationwide protests to reopen local economies increase on a weekly basis, many Americans are scratching their heads as to why quarantining has become a debatable topic.

For many individuals in the Black community, reopening local businesses is extremely critical to economic survival. However, because Black people are specifically dying from coronavirus at extremely staggering rates, reopening local economies too early will endanger the Black population even more. With one side pushing to reopen, and the other urging us to stay at home for safety’s sake, the Dear Culture Podcast sits with Breakfast Club radio host Angela Yee to discuss race, bias, and how one crisis created two Americas.

“We live in a divisive country and our president sets the tone,” says Angela Yee.

In recent press conferences, President Donald Trump has unabashedly called COVID-19 both the “Chinese virus” and “Kung Flu” to the public, resulting in a great stir of anti-Asian sentiment. Unfortunately, such poor “jokes” from the president and other Americans create a racial target on Asian people. For media personality Angela Yee, whose both Chinese and Afro-Carribean, racial divisiveness is something she’s very “sensitive to from both ends” of her identity.

Currently in China, it’s been reported that Africans have been facing harassment, discrimination, and even denial of basic services resulting from the country’s coronavirus mitigation process. On April 13, the U.S. Consulate General issued a warning advising African-Americans to avoid the Guangzhou region due to such discrimination from Chinese officials and citizens. Though Chinese officials have denied discriminating against Black people on the basis of Covid19, there’s been reports of Jim Crow-esque bans in several public places, ranging from hotels to even McDonalds.

Again, for those who still doubt that Black people and particularly #AfricansinChina are being targeted we feel it is our duty to share this. A sign at a @McDonalds restaurant seems to make this perfectly clear pic.twitter.com/FaveKrdQHi

Unfortunately, the recent upticks of racial violence in both countries are neither new or unfamiliar to both Black and Asian communities.

Growing up in Flatbush, New York, Angela Yee experienced first-hand how structural racism and hatred go hand-and-hand on both sides of her family tree. Though anti-Blackness and anti-Asian sentiment have long roots, despite color, religion, and other differences, Yee reminds us all to look after each other with care.

“I would rather people support each other than say too bad, this happens to us too,” says Angela Yee to co-hosts Alford and Gerren Keith Gaynor.

Being multiethnic means there are no sides to choose for Angela Yee. Both Asianness and Blackness should never compete for respect and quality of life in any country. In America, the Asian community is getting specially targeted for coronavirus but in China, Africans and African Americans are. So long as hatred is alive and well, racism will temporarily change its targets depending on the situation. What matters in a time like this, acknowledging our similarities and differences and fostering safety.