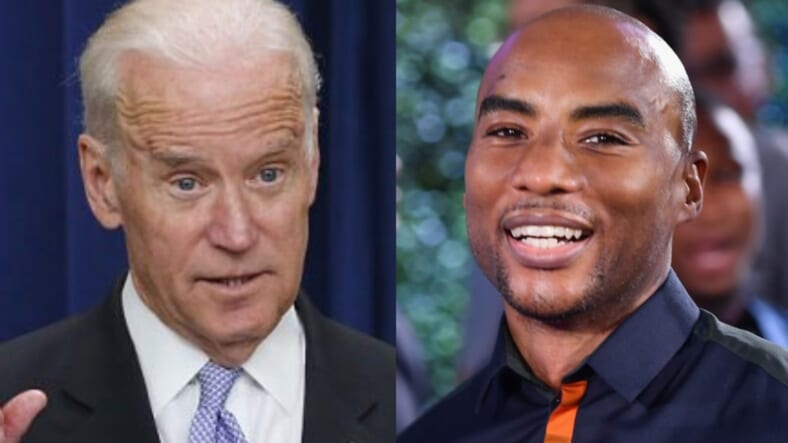 Radio personality Charlamagne Tha God is annoyed that Joe Biden has chosen not to appear on his show during the 2020 election cycle so far, and he’s not mincing words about it.

To his point, much like daytime talk show The View, several Democratic candidates have also made headlines during their appearances on his popular syndicated show The Breakfast Club.

Previously, Charlamagne publicly speculated that Biden was “avoiding” his show. He also accused “Black surrogates” for the former VP of intentionally keeping him from talking to the candidate.

“Why?” MSNBC anchor Craig Melvin asked in response to those allegations.

“I really have no idea,” Charlamagne admitted. “Joe Biden owes Black people his political life, you know what I’m saying? So don’t disrespect that base by not showing up, especially when all of your former opponents did.”

To his point, Sen. Bernie Sanders, Sen. Elizabeth Warren, Sen. Kamala Harris, and former South Bend, Ind., Mayor Pete Buttigieg all made it a point to sit with Charlemagne, Angela Yee, and DJ Envy to speak to their audience. But 2020 front-runner Biden has completely avoided them even though he had no issue sitting down with Fox News.

During the interview, Charlamagne also revealed that last year Biden’s campaign offered to send one of his surrogates to the show. He rejected the idea.

“That’s kinda wack if all the other candidates went on themselves and you want to send a surrogate. Who do you think you are?” the 41-year-old asked rhetorically.

When asked who he’d vote for in 2020, he said he is still undecided. However, he urged Biden to lay out a “specific Black agenda” adding that he would be more “comfortable” with a Biden candidacy if he chose Harris as his running mate.

“Black people saved his life the past couple of weeks,” the host concluded.

“His campaign would be dead if it wasn’t for our O.G. Jim Clyburn in South Carolina endorsing him and all those black voters in the South going out and voting for him. Plus, you were the vice president for the first black president. You, in particular, definitely need a Black agenda.”