Over a 10-day period, Shaun Smith took three tests and wants answers from officials regarding the inconsistencies 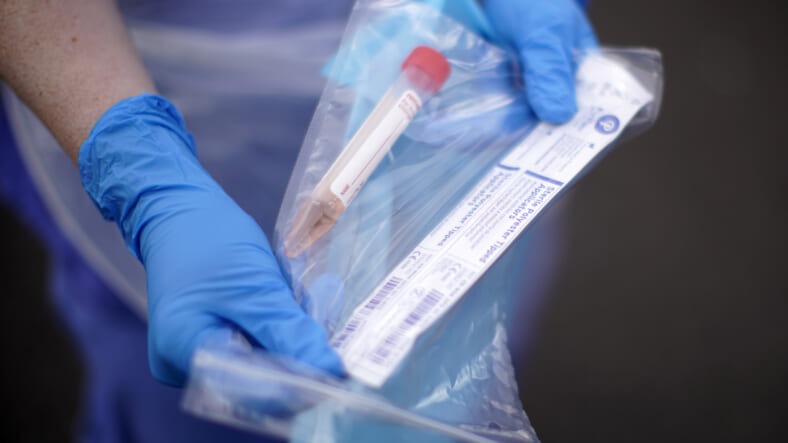 A man in Cobb County, GA says that he took two different tests in a four-hour span: One of the tests was positive, the second test was negative.

Shaun Smith told Fox5Atlanta that he was tested on Saturday morning (8:00 am) at Piedmont Hospital in the Atlanta-area, and the result was positive.  By noon, after taking a test at a CVS drug store, he received a negative result.

To complicate the story even more, Smith had recently tested negative ten days prior to this past weekend.

He maintains that he had been practicing social distancing, wearing a mask, and only going out when absolutely necessary. However, he still experienced the symptoms associated with the respiratory disease. This prompted him to do the additional tests at the hospital and the popular drug store.

Out of understandable frustration, Smith says that he has taken his concerns about the mixed messages to Piedmont Hospital, the state department of health, and the Governor’s office.

Smith had been testing regularly because he was supposed to have surgery (which now has to be put on hold). He notes that hospital policy requires him to wait three more weeks before he can be tested again.

The incident sheds a light on how the accuracy of testing could be in jeopardy.

Georgia officially reopened its economy just over a week ago. Reports immediately suggested a spike in reported cases.

The Institute for Health Metrics and Evaluation, which is a modeling program that is utilized by the White House, estimates that Georgia’s death toll could reach 5,000 by August.

While some Georgians like Smith are not changing their daily routines, there are being especially reckless in their behavior.

The Washington Post reports that Georgians are traveling to other states, and others are starting to flock to their state. According to cell phone data, an additional 62,440 visitors came to the state daily. Many are coming in from other states where businesses remain closed.