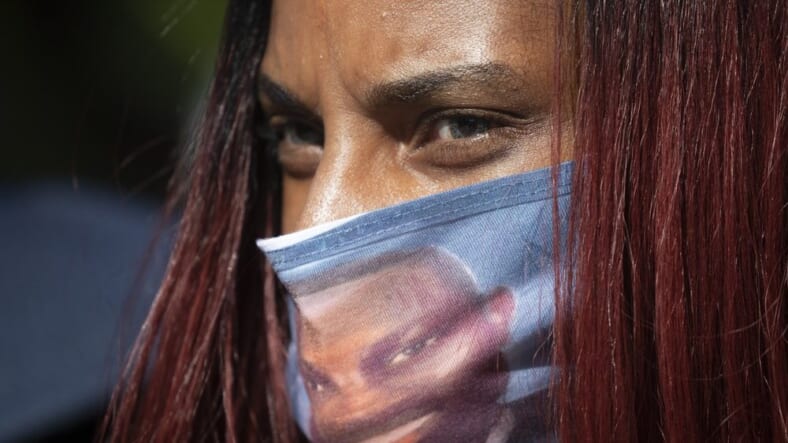 A woman wears a face covering with the likeness of shooting victim Ahmaud Arbery printed on it during a rally to protest Arbery’s killing Friday, May 8, 2020, in Brunswick Ga. (AP Photo/John Bazemore)

SAVANNAH, Ga. (AP) — Georgia’s attorney general appointed a black district attorney Monday to take over the case of a white father and son charged with killing a black man, making her the third outside prosecutor in a slaying that’s prompted a national outcry over suspicions that race played a role in delaying arrests.

Ahmaud Arbery, 25, was fatally shot Feb. 23 by the men who told police they chased him because they believed he matched the appearance of a burglary suspect caught on surveillance video. Gregory McMichael and his son, Travis McMichael, were arrested last week, more than two months later, after video of the shooting appeared online and provoked outrage. Federal prosecutors are also considering hate crimes charges, the Justice Department said; that would allow for a separate case in federal court.

Cobb County District Attorney Joyette M. Holmes takes over the case from prosecutor Tom Durden, who the state’s attorney general said asked to be replaced by a prosecutor with a large staff as “this case has grown in size and magnitude.” Holmes is based in metro Atlanta, more than 300 miles (480 kilometers) from the coastal Georgia community in Glynn County where the shooting happened.

“District Attorney Holmes is a respected attorney with experience, both as a lawyer and a judge,” state Attorney General Chris Carr, a Republican, said in a statement. “And the Cobb County District Attorney’s office has the resources, personnel and experience to lead this prosecution and ensure justice is done.”

Holmes served four years a magistrate judge in suburban Cobb County before Gov. Brian Kemp appointed her to fill the vacant district attorney’s position last July. According to the Georgia Prosecuting Attorneys Council, Holmes is one of only seven black district attorneys in the state.

An attorney for Arbery’s father, Marcus Arbery, applauded the appointment of a new lead prosecutor.

“In order for justice to be carried out both effectively and appropriately in the murder of Ahmaud Arbery, it is imperative that the special prosecutor has no affiliation with the Southeast Georgia legal or law enforcement communities,” attorney Benjamin Crump said in a statement. He asked that Holmes “be zealous in her search for justice.”

The McMichaels weren’t arrested until after the video became public and the Georgia Bureau of Investigation was asked to look into the killing. It was not known Monday whether the McMichaels had attorneys to represent them. They had no lawyers at their first court appearance Friday.

Gregory McMichael, 64, and Travis McMichael, 34, have been jailed since Thursday on charges of felony murder and aggravated assault. Gregory McMichael is a former Glynn County police officer who later worked 20 years as an investigator for the local district attorney’s office. He retired a year ago.

Glynn County District Attorney Jackie Johnson recused herself from the case because the elder McMichael had worked under her. The first outside prosecutor appointed, District Attorney George Barnhill of the neighboring Waycross Judicial Circuit, stepped aside about a month later because his son works for Johnson as an assistant prosecutor. Durden got the case in mid-April.

Attorneys for Arbery’s parents and others, including Carr and the Southern Poverty Law Center, have asked for a federal investigation to weigh whether hate crimes charges should be brought. Georgia has no hate crime law allowing state charges. 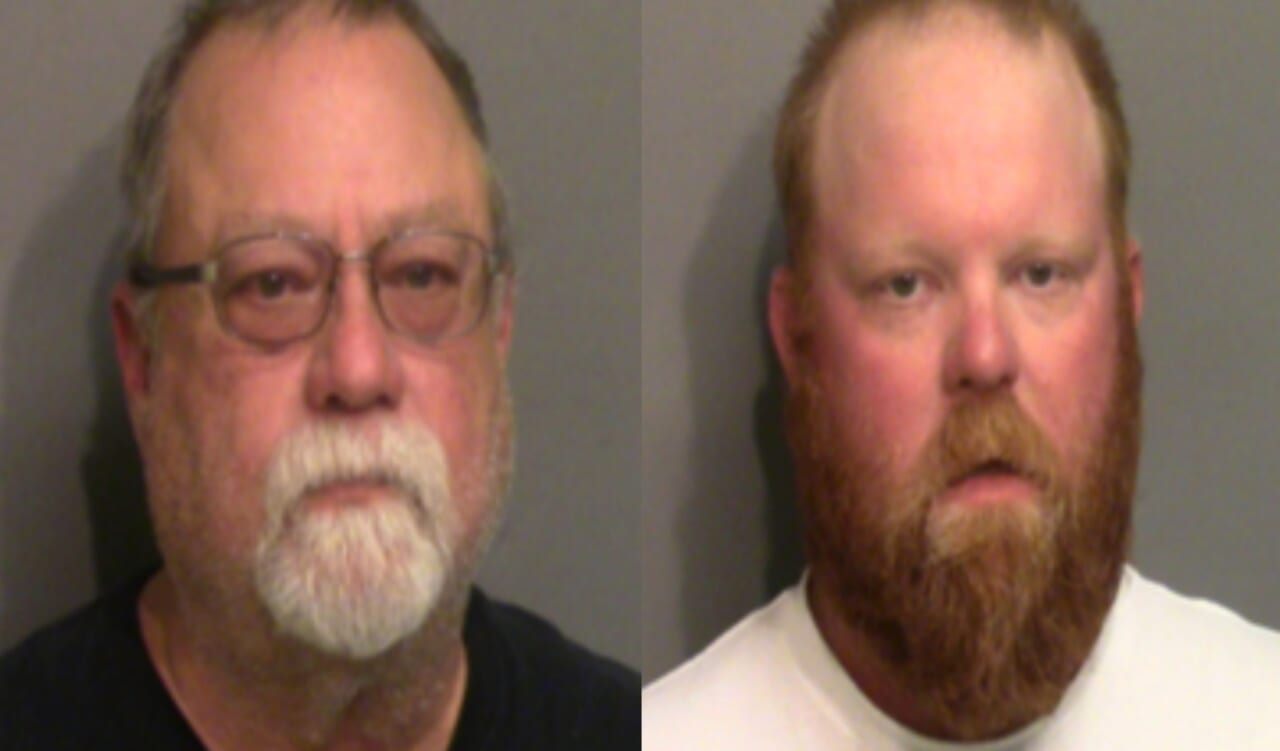 “We are assessing all of the evidence to determine whether federal hate crimes charges are appropriate,” Justice Department spokeswoman Kerri Kupec said in a statement Monday.

According to Kupec’s statement, the department is also considering Carr’s request for federal authorities to investigate how local police and prosecutors handled the case. She said Carr has been asked to “forward to federal authorities any information that he has.”

The father and son told police they thought Arbery matched the appearance of a burglary suspect who they said had been recorded on a surveillance camera some time before, according to the Glynn County police report filed after the shooting.

Arbery’s mother, Wanda Cooper Jones, has said she thinks her son, a former high school football player, was just jogging in the neighborhood before he was killed.

The leaked video shows a black man running at a jogging pace. A truck is stopped in the road ahead of him, with one white man standing in the pickup’s bed and another beside the open driver’s side door.

The running man attempts to pass the pickup on the passenger side, moving briefly outside the camera’s view. A gunshot sounds, and the video shows the running man grappling with a man over what appears to be a shotgun or rifle. A second shot can be heard, and the running man can be seen punching the other man. A third shot is fired at point-blank range. The running man staggers a few feet and falls face down.

A man who says he recorded the cellphone video of the shooting said he’s received death threats.

William R. Bryan is identified as a witness in the police report taken after Arbery’s shooting. He has not been charged.

“I had nothing to do with it,” Bryan told WJAX-TV in an interview that aired Monday. “I was told I was a witness and I’m not sure what I am, other than receiving a bunch of threats.”