When asked if he ever disagrees with the president, candidate John James says that he has on 'plenty of issues' 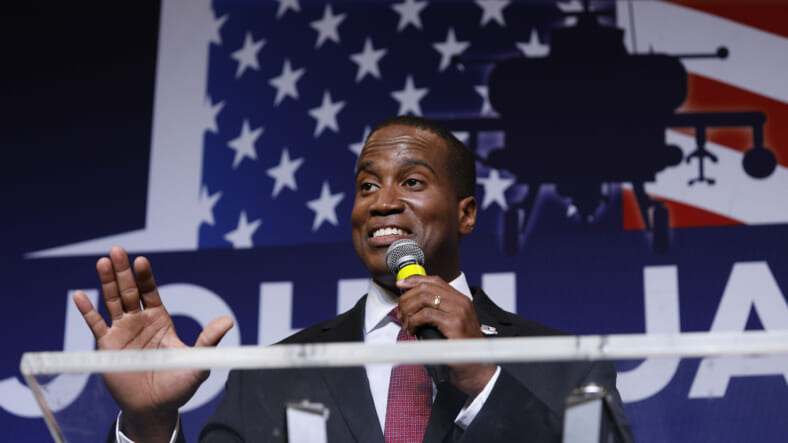 John James, a Republican candidate for the US Senate, spoke out against President Donald J. Trump in a private video conference with Black community leaders last week. When asked whether he disagreed with the president on anything, James responded, “Plenty, plenty of issues.”

“Everything from cutting Great Lakes funding to ‘sh*thole countries’ to speaking ill of the dead,” James, continued, referencing Trump’s comments about late Senator John McCain. “I mean, where do you want to start?”

The Michigan native is an Iraq War veteran, who added that “there’s gonna be places that I disagree with the president and those are just a couple.”

In 2018, James unsuccessfully ran for Senate despite support from the president. Last month, Trump tweeted that James would be “a GREAT Senator for Michigan.”

John James will be a GREAT Senator for Michigan! https://t.co/yGiWzZ9nR0

In an interview with WWMT, a news station out of West Michigan, James denounced the stay-at-home order from Michigan governor Gretchen Whitmer which has kept him off the campaign trail. “We have to make sure that we do everything we can to keep both our family and friends health and safe,” he said, “But we — I believe — are owed a coherent strategy for how we relaunch our economy in both a fact, science-based approach that doesn’t neglect common sense.”

His campaign has tried to connect with what he sees as American values.

In the same interview, James said that he thought Trump has “done everything that he has thought was best” in response to the federal government’s handling of the coronavirus pandemic.

According to Politico, James said in April that Trump “doesn’t need less black folks around him, he needs more.” He reiterated that he would advocate for African Americans with the current administration, “Hopefully you’ll see through my actions that I am for you, that I am for Black people, and that we share the same destiny. And hopefully, as the result of that, you give me the benefit of the doubt.”